By Rick Minter, Minter's Farm and President of the Fayette County Farm Bureau 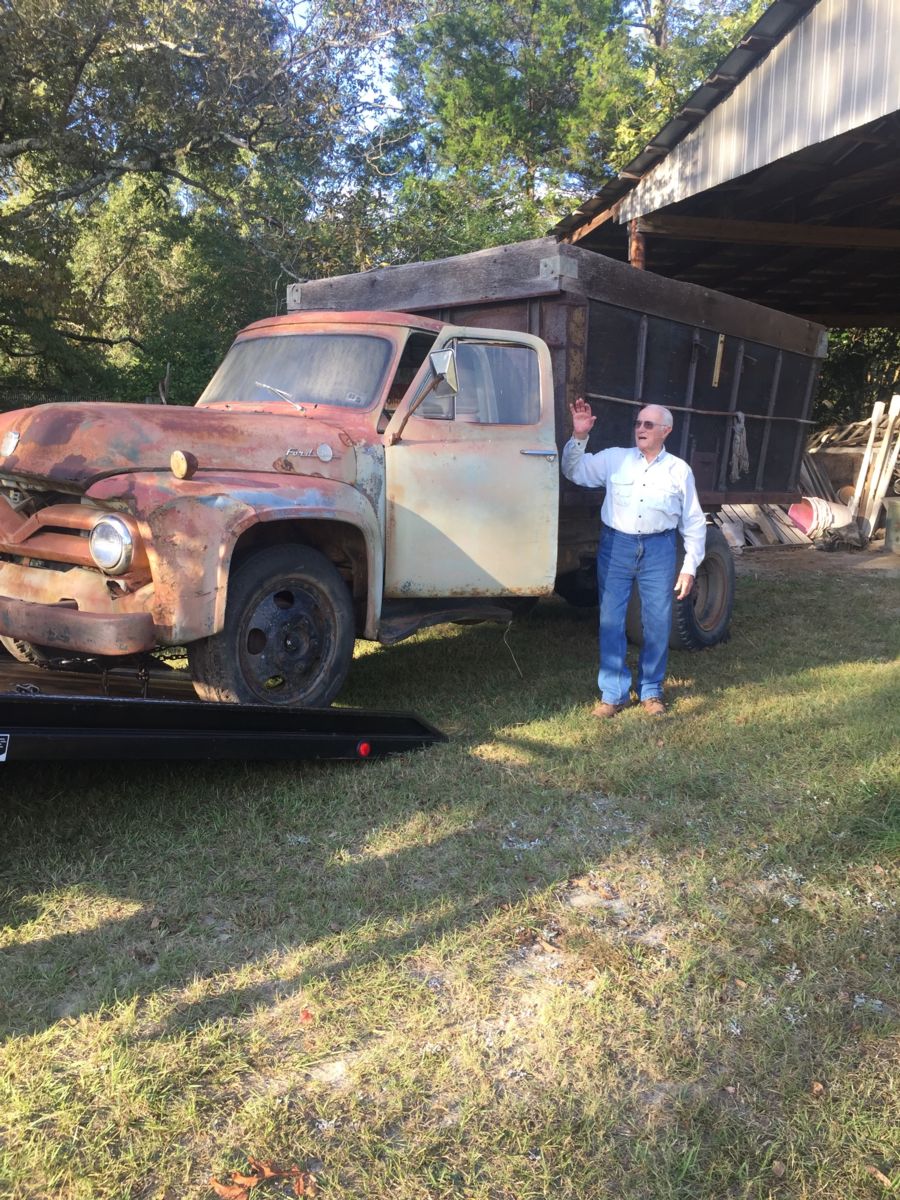 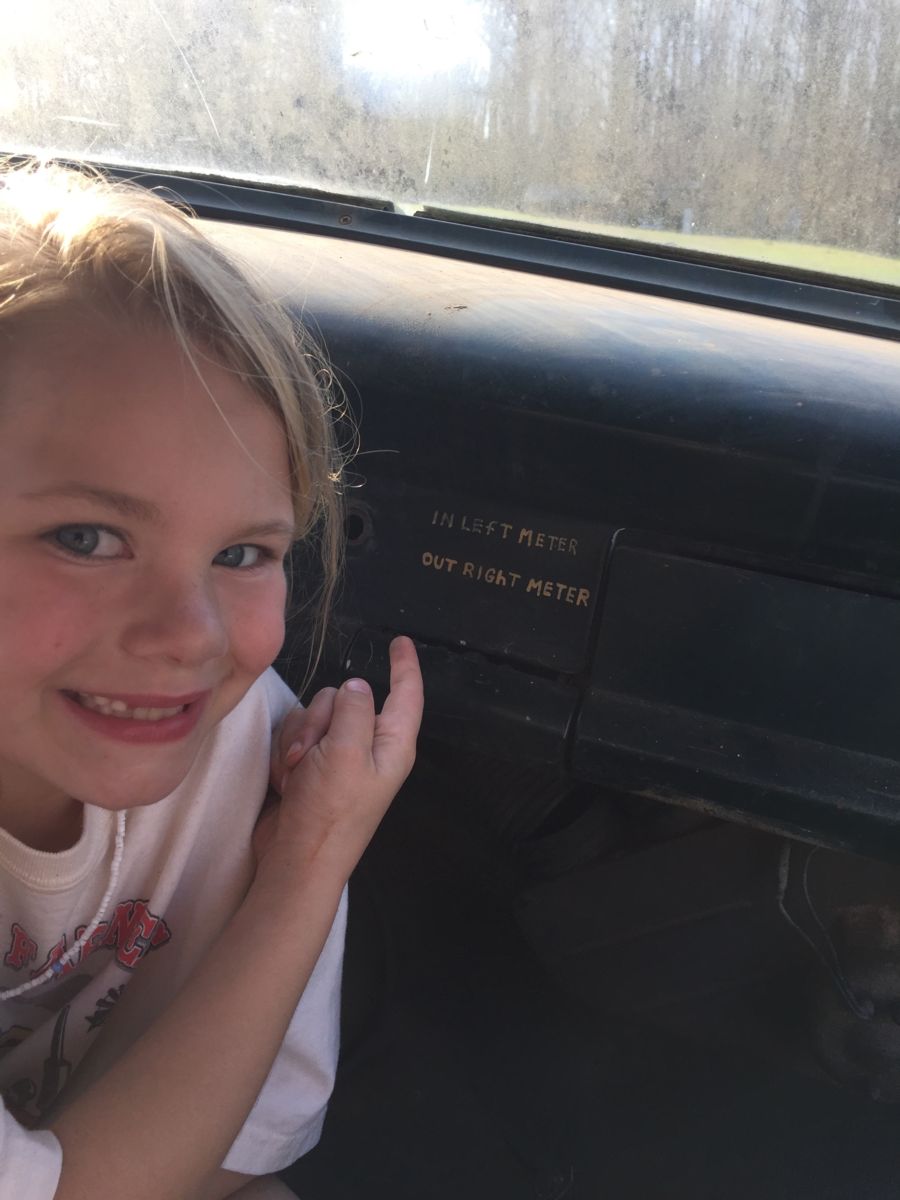 Among the many challenges facing Farm Bureau members is trying to get city folks to see things from a country perspective. We spend a lot of time at the state Capital and elsewhere trying to do just that. I face a similar situation trying to get my city-dwelling kinfolks to understand my hobby of collecting old farm trucks. To them, the value of my collection rises and falls with the price of scrap iron. To me, the old work trucks are priceless links to our farming past.

The old truck I’ve had the longest is a 1960 Ford F600. Like many a grain-hauling farm truck, it started out its working life in another industry. This truck was originally a fuel truck operated by the old Redwine Gas Company in Fayetteville. Back in my primary school days, I often slipped away from my classmates playing on the monkey bars or the see-saw to watch the man from Redwine’s pumping fuel oil into the school’s underground tank.

Later the Redwines’ put the truck to work on their farm southwest of town, an area now known as Peachtree City, where golf carts have replaced farm trucks as one of the primary means of transportation. My late great-uncle John Burch Harp was the farm manager and eventually wound up with the truck. I bought it from his son Charles about 40 years ago. We used it at first to haul cattle to the stockyards in Jackson and Carrollton and later to transport collards and turnip greens to the Atlanta State Farmers’ Market.

My wife, Joanne, and I dated in it. On Saturday nights, we’d unload at John Shipp Produce then drive across town to one of the nice restaurants near the Atlanta airport. We usually took up two or three parking spots, much to the consternation of our fellow diners, I’m sure.

Today, the old truck is used as a water truck for our Inman Farm Heritage Days. I enjoy telling my eight-year-old granddaughter Abigail the history of the truck and explaining to her the hand-painted markings on the dash. The “In Left Meter, Out Right Meter” are still legible more than 50 years after there was a meter mounted on the dash to measure the flow of gasoline and fuel oil.

Other trucks in my collection were once delivery vehicles for the Mask and Gay Food Products company in Brooks, which in a bygone era was known across the Southeast and beyond for its canned Brunswick Stew and other tasty treats. I have three of the old Mask and Gay trucks, two of which had dump bodies added by their second owner, the late Vernon Woods, one of Fayette County’s leading farmers.

I recently was able to convince fellow Fayette County Farm Bureau board member, Travis Hardy, to let me have a 1955 Ford F600 that was owned by Mask and Gay, the stew company, that at one point was co-owned by his brother, Al. He bought it from Mr. Woods. That truck also represents a connection to the past for my granddaughter, Abigail. Her dad’s roofing and gutter business is headquartered in part of the old Mask and Gay complex.

Considering Travis’ love for old cars, trucks and tractors, it makes his decision to let me have that old truck even more special. As Travis once told me, his old cars and trucks are a big part of who he is. City folks might not understand the bond between man and a rusty old machine. I do. And I suspect a lot of you do, too.

Rick Minter is the long-time president of the Fayette County Farm Bureau. He, his wife Joanne and daughter Stephanie Adamek (member of the GFB Fruit Advisory Committee) grow Christmas Trees, fruit and vegetables on their farm in the Inman community. They also host the annual Inman Farm Heritage Days on the third weekend of September. For more on Rick’s trucks, check out the Rick’s Rusty Relics section on MintersFarm.com.