Maybe you’ve heard Chef Kevin Gillespie’s name from the television show “Top Chef.” Or perhaps you’ve eaten at one of his two Atlanta restaurants, Gunshow and Revival. If you’ve never heard of him, here’s your chance to get to know this engaging Georgia chef who’s making headlines and garnering national attention for his unique and fresh take on farm-raised, artisan food. 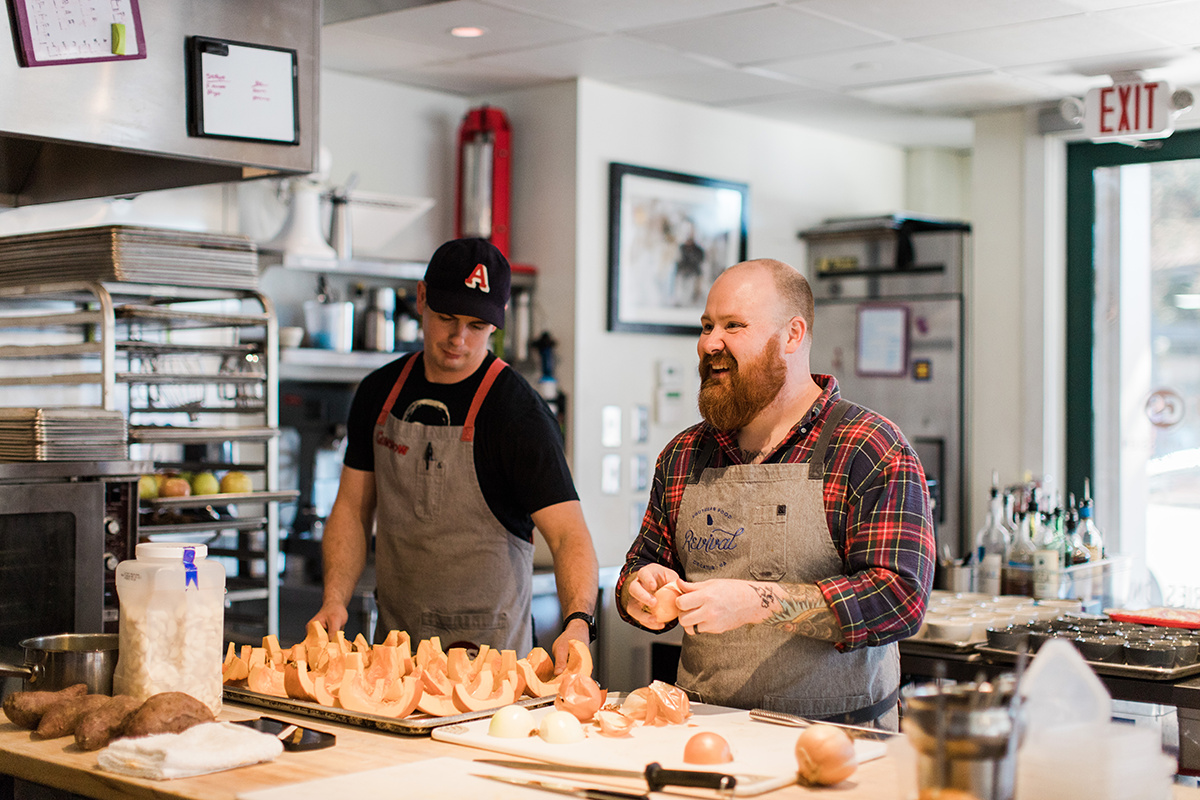 Kevin Gillespie grew up in Locust Grove, just south of Atlanta. He began his culinary education at the Art Institute of Atlanta, and then went on to work in restaurants in Atlanta, as well as in Portland, Oregon. It was during his time at Woodfire Grill in Atlanta that his career truly began to take off. Since then, he’s been named to Forbes “30 Under 30” list, and has been a James Beard Award “Rising Star Chef of the Year” semifinalist more than once.

Throughout his accolades, Gillespie has remained true to his Georgia roots, and has developed a passion and notoriety for promoting farm-raised food and locally-sourced ingredients. We sat down with Gillespie to talk about his career, the importance of farming and what makes Georgia cuisine stand out.

Why did you choose to start your career here in Georgia?

I grew up in Locust Grove in Henry County, which is now a suburb of Atlanta. When I was a kid, it definitely wasn’t. It was wide open fields and kind of in the middle of nowhere. As a kid, I wanted to be more in the action, so when I turned 18, I moved into Atlanta and worked there in the beginning of my career but I felt like I needed to see something else.

My mentor suggested that the best thing for a chef to do is to uproot, to go somewhere and see a cuisine that’s unlike what you’re doing here, to try to learn something by being ensconced in the environment. So, I moved to Oregon. After many years of being out there, I found that the food I was starting to prepare had a lot of elements of the South in it, and it didn’t really resonate with folks out there.

What’s your relationship with agriculture and farming?

It’s interesting because I married a woman (Valerie) whose brother and father and grandfather and whole family have always been farmers and they still farm. They’re located in Missouri growing crops such as corn, soybeans and wheat. I’ve learned the realities of what it’s like to grow these things in massive amounts.

I grew up in a family that grew their own vegetables to feed our family. We had 100 acres, basically a football field-size garden, that my parents and all my aunts and uncles kept, tended and used. We all lived on the same street. So, I’ve gotten to see it from two different sides: that very small, almost boutique garden, all the way up to the realities of real life, commercial agriculture.

What role do chefs play in the local food economy?

Chefs have a really important role. One of the first things that people often don’t recognize is that many of the trends – from what is purchased at a grocery store or at a farmers’ market to what the consumer demands – begin their life inside restaurants. The trend for everybody wanting kale started in a restaurant; it’s not just pulled out of thin air.

Therefore, chefs have a really big piece in that puzzle of, what are people wanting to eat? What are they searching for? Chefs have a responsibility to provide to their guests something that they know is available locally, that is in season, and that is the best version of something that they can possibly get. It’s sort of a give-and-take relationship, I’d say.

It’s important to do your due diligence as a chef by building relationships with the places that you’re getting your food from. Ideally, in our world we love to purchase directly from the farm. We like to make that possible, but it’s also very difficult. There are a lot of elements that go from crop in the ground to being a sellable commodity. We’ve been fortunate in Atlanta that we have folks who specialize in filling that void, who go around and pick up stuff from the local farmers and allow us to have availability of things that are hyper local and hyper seasonal. 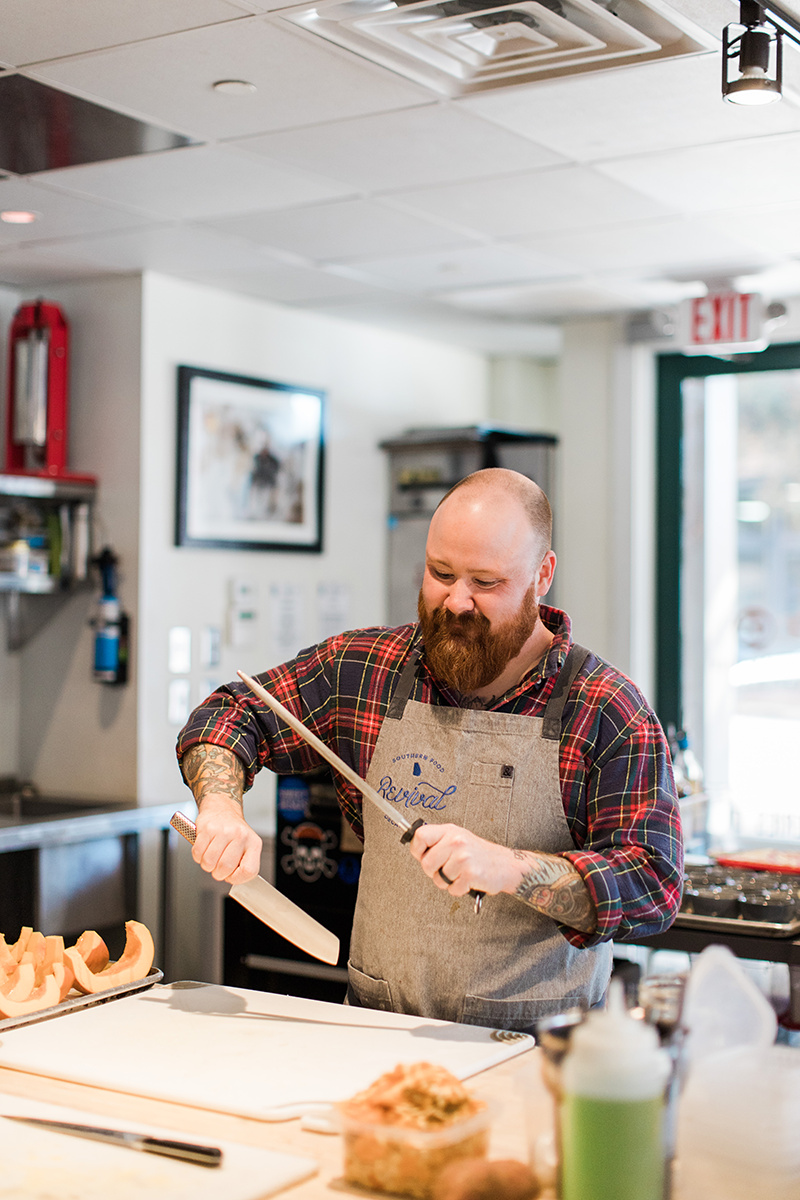 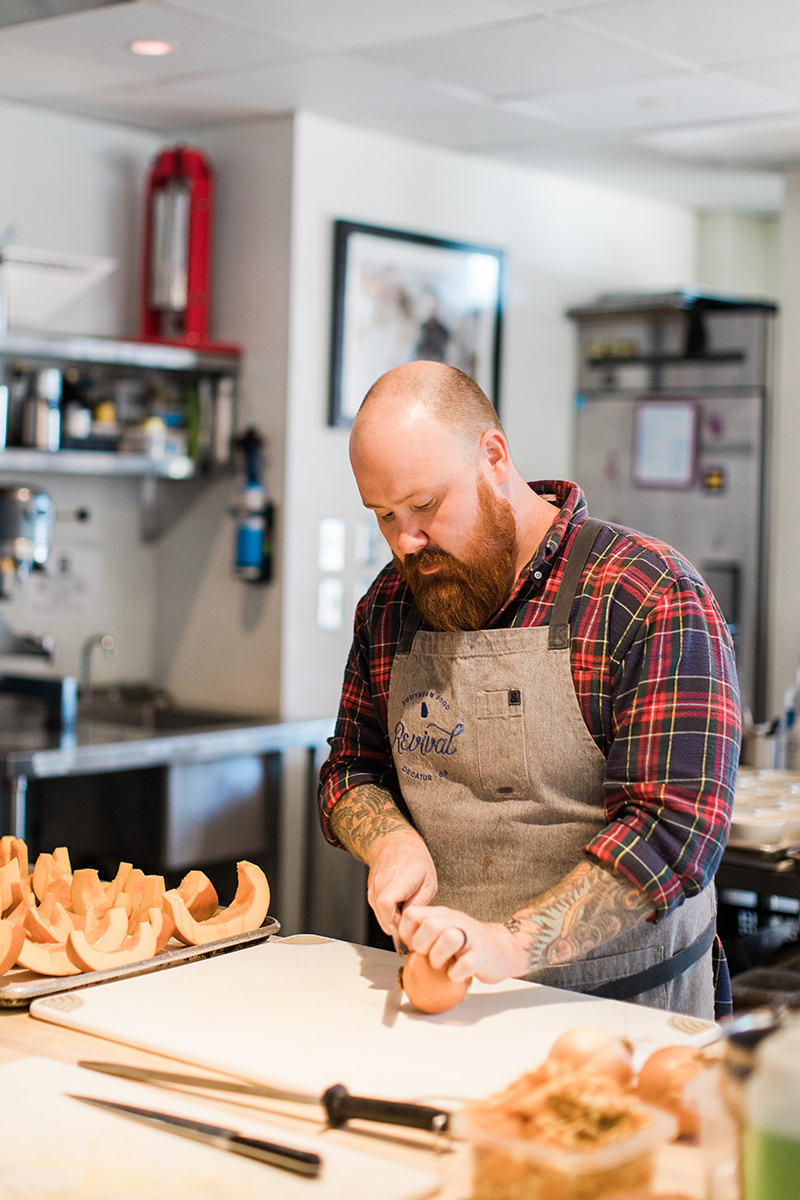 What are the benefits of buying directly from farms?

Buying direct has a lot of benefits for both sides. Obviously, there’s an economics component to it. Theoretically, it saves us money. When put into practice, I don’t know if that’s actually the case because we always go for the best we can possibly get, so we really take the money part a little bit out of the equation. But the part that we do care about, from an economic standpoint, is that we’re putting money directly into our local economy. So rather than sending our money afar, and maybe having no idea what happens to it, I like the idea of buying something from somebody.

I also think the other side to that, for the farm, is that being able to see directly what is wanted by the people who are going to use their product instills a bit of that market economy idea mentality. So, it helps them to understand what they can sell. I remember years ago having a very young start-up farmer who I wanted to be successful but who had a little bit of naivety to it. He thought to himself, I’ll grow whatever I want to grow, rather than thinking about where the product eventually will go and how it will be used.

I think in the perfect scenario, when you’re buying direct from a farmer, it is a conversation. People tell you what they like to grow and what they grow well; you tell them what you like to use and what you like to prepare, and hopefully there’s some symbiosis in the middle.

We have to condition ourselves to think of seasonal produce as special. Be excited about the fact that it’s not available all the time, rather than seeing it the other way where you’re just annoyed that you can’t get a great tomato in the middle of winter. You know that’s what makes summer tomatoes so special.

With the trend of fewer farmers and a growing population, how can chefs play a role?

What I think has to take place to right the ship, to a certain degree, is that there has to be a commitment on several levels. Here’s an idea about what chefs can do, and what we’ve tried to do with some of our farms. Sometimes it works and sometimes it doesn’t. I think people are still a little hesitant to this idea, but if restaurants made commitments to buy everything that a farm can grow and said, look, if you’ll grow the stuff we know we can use, I’ll buy 100 percent of your crop. And if that’s 1,000 pounds, great! And if it’s 100 pounds, that’s ok, too! And the knowledge that things aren’t going to go to waste, that labor has an end result, I think that’s a huge piece of it.

I think that the other thing they can do is what we’ve always done, which I’ve alluded to before. There’s an educational component for your restaurant’s guests. Make them crave certain foods, but give them food that their direct outlet to satisfying that craving is to go to their local farmers’ market and buy the stuff from those farmers. It’s not helpful to get your guests hooked on asparagus from Peru when we need more farmers in the United States growing produce. It’s being cognizant of our climate and our economy and working with that.

What sets Georgia’s cuisine apart from the rest of the South?

Georgia is very interesting from a cuisine standpoint because we have two very distinctive versions of Southern food that coalesce in this state. We have the lower sort of coastal, what I call “plantation cuisine,” that looks a lot more like light, contemporary European cuisine than it does Southern food. Then we have the Appalachian cookery, which is what most people think of as country cooking and Southern cuisine. In Atlanta those two things collide because of the history of the city, and it’s not weird to share a menu with those cuisines.

Add into that the fact that Georgia is in a really great place, especially the Atlanta area, for its accessibility to farms and farmers. There really is no reason you can’t get the vast majority of everything you need from right here. We have a fairly mild climate – sure it gets cold, sure it gets hot – but we have access that goes above many other areas in this country. I just think that means our cuisine should be very vegetable-heavy. Even though I’m known as the meat guy, the guy who cooks a lot of meat, deceptively I use a lot of vegetables in my food.

I also think that we should be able to take elements of those two different styles of Southern cuisine and blend them with what I consider to be Atlanta cuisine, which is the cuisine of the rest of the world. Atlanta is a city of trade in business and it’s largely populated by people who are not from here. And so, taking those influences and kind of making a really interesting melting pot, to me that’s what makes our cuisine distinctive and unique.

*Interview edited for space and clarity. 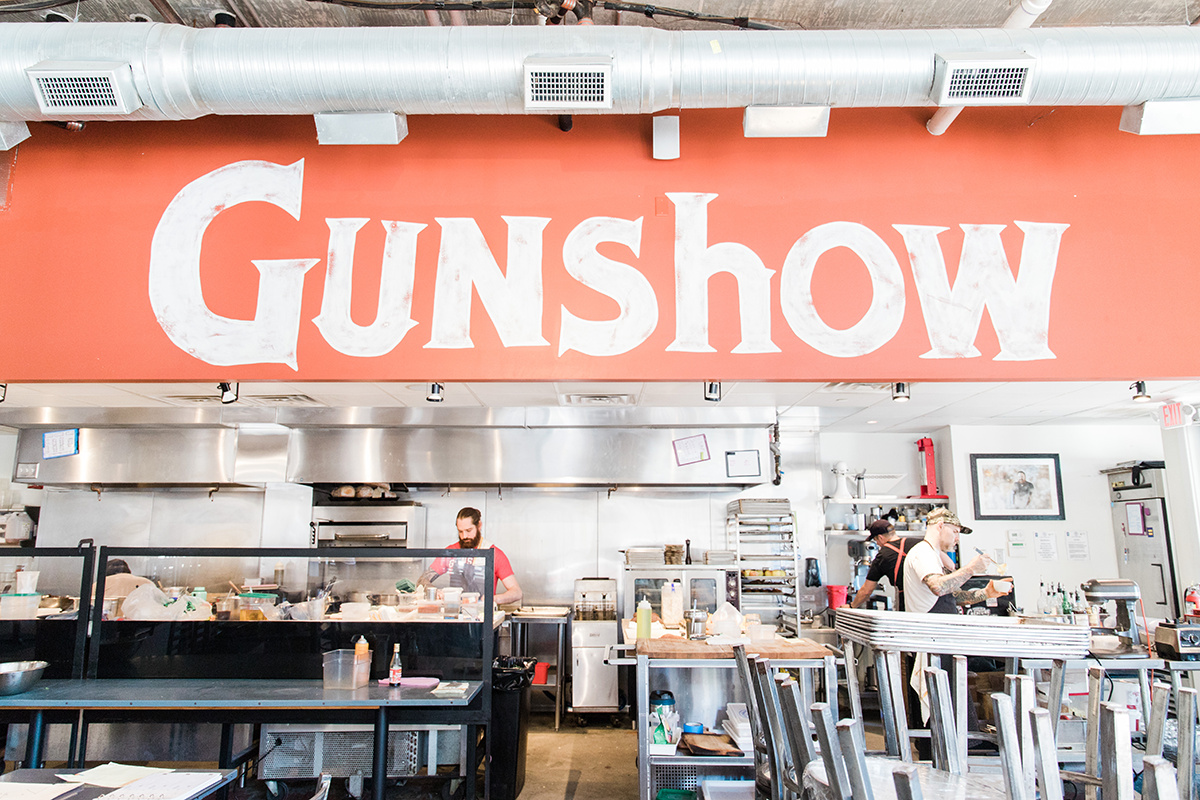