Allen and Blake Poole balance working with the governor and running their family cattle farm.

During the day, father and son team of Allen Poole and Blake Poole are both busy with full-time jobs at the Georgia State Governor’s Office. When the work day is over, like most folks, they head home. Unlike most folks, their home is a working cattle farm. And when their Atlanta work day is done, it seems another begins in Haralson County.

Poole Farms has been in the family since the late 1950s. Allen’s father was a sharecropper and Allen grew up on the farm, which at that time grew row cops, garden vegetables, along with a few cows and pigs.

As a young adult, Allen worked as a trooper for the Georgia State Patrol. When he retired, he ran for office and was elected to the Haralson County Board of Commissioners, where he served four consecutive four-year terms as chair. When Brian Kemp was elected Georgia governor, he asked Allen to be the director of the Governor’s Office of Highway Safety, where Allen still works to educate people about how to be safer while driving on Georgia’s roads.

“It’s a very full-time job. But I love that we get the opportunity to help prevent crashes, injuries and fatalities, as opposed to when I used to go investigate them as a state trooper,” he said.

It can be stressful, but as Allen makes the 45-mile commute home each week day, he can feel that stress melting away as he looks forward to getting home to the farm, which he said is the balance to his busy day job.

“The farm keeps me grounded,” he said. “I go to Atlanta every day. I see all different groups of people there and everyone is in a rush, but everything slows down on the farm.” 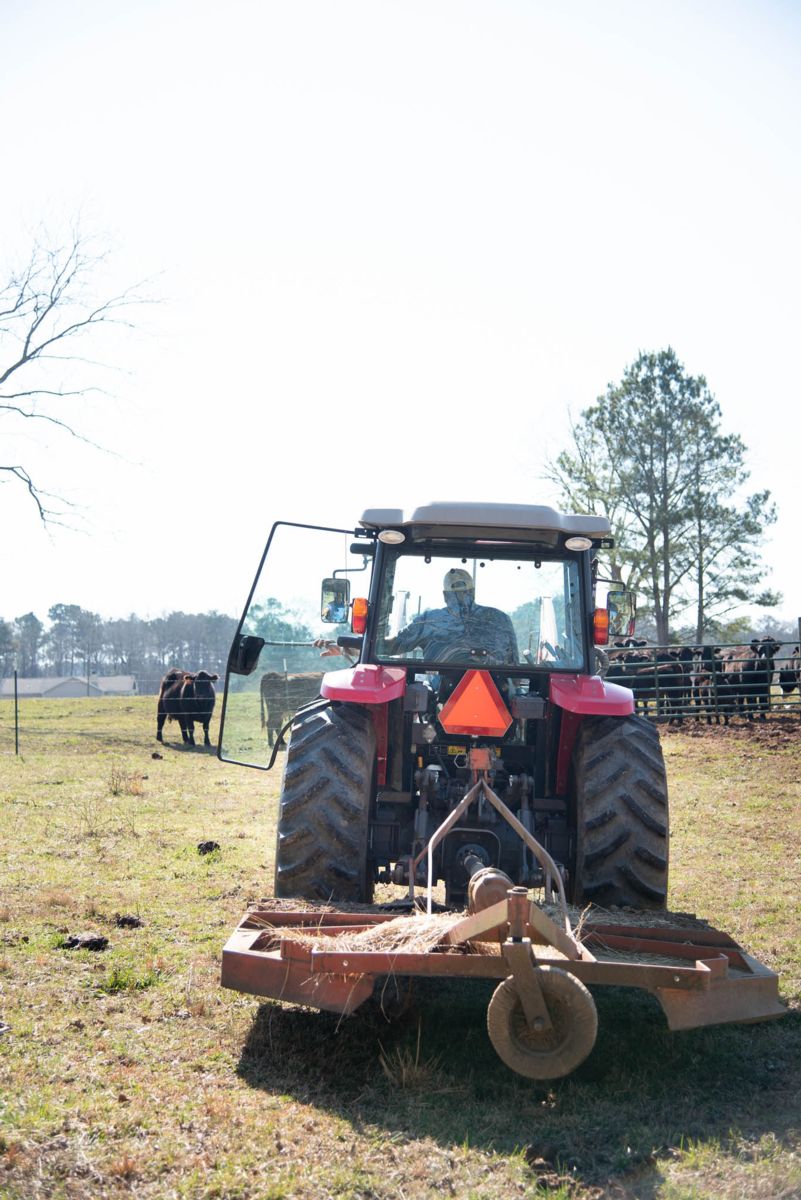 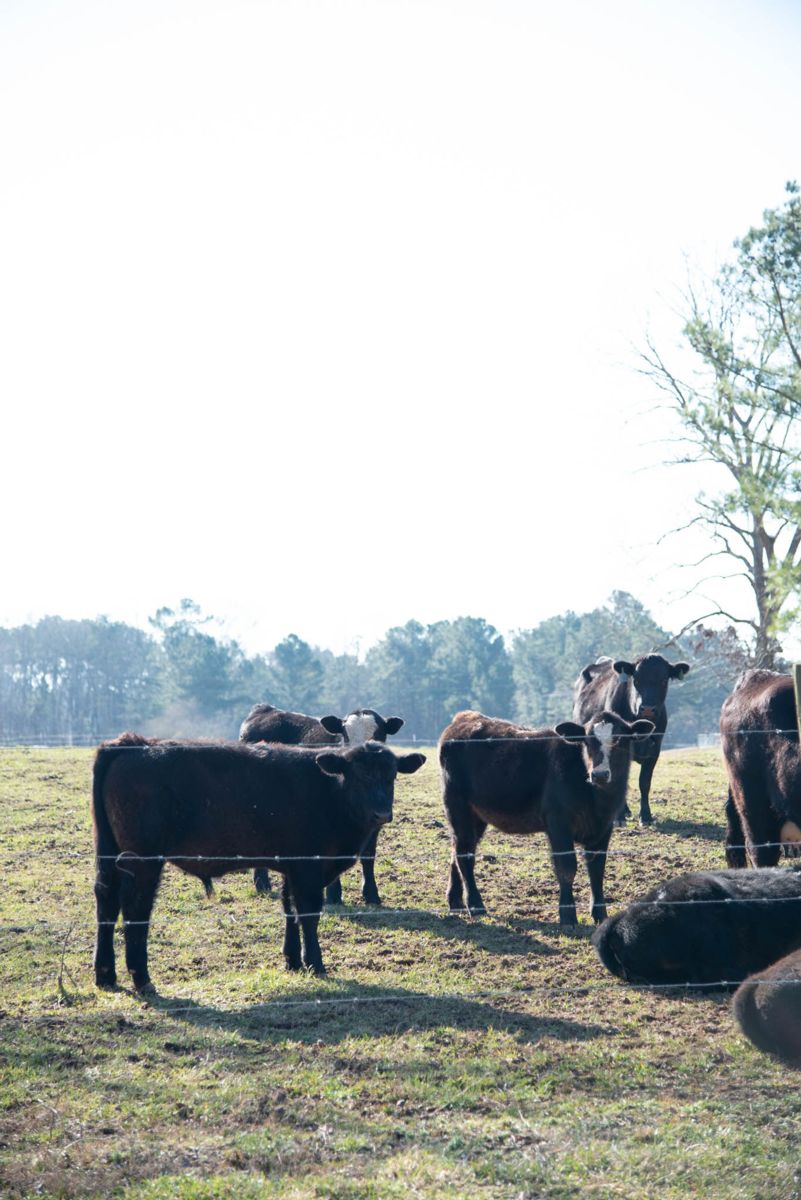 When he arrives home, Allen begins watering and feeding the 45 head of cattle and checking the farm to make sure everything is operating well. He also takes a minute to pause and reflect on the beautiful countryside that surrounds him.

“I just love seeing the wide-open spaces and the green grass, which we try to keep pretty and manicured,” he said. “To me, that’s enjoyable. After a long day in Atlanta I can sort of let my hair down — well, when I used to have hair, anyway. I walk around, and it’s a time of tranquility and peace of mind for me.”

A self-described “country boy,” Allen is one of 14 siblings — seven girls and seven boys. One of Allen’s sisters still lives on the family farm, and one brother helps out as well.

Allen and his wife, Mandy, live on the farm with their son Blake, now 32. Following in the family tradition of working for the Georgia Department of Transportation was what Blake always thought he wanted to do.

But after graduating from Auburn University, he took a job working as an aid on the campaign trail for now Georgia Commissioner of Agriculture Gary Black. After the election, he worked for a few years at the Georgia Cattlemen’s Association in Macon. All the while, Blake felt the farm calling him back home.

“I took a leap of faith, mainly because I wanted to be near my cows,” Blake said. “I just always loved farming, and feel at home around the cows. Being from a small town and farm, you’ll always be drawn back home. After all, home is where the heart is. I love the small-town feel, and have always said that the best type of friends you can have are true county friends.” 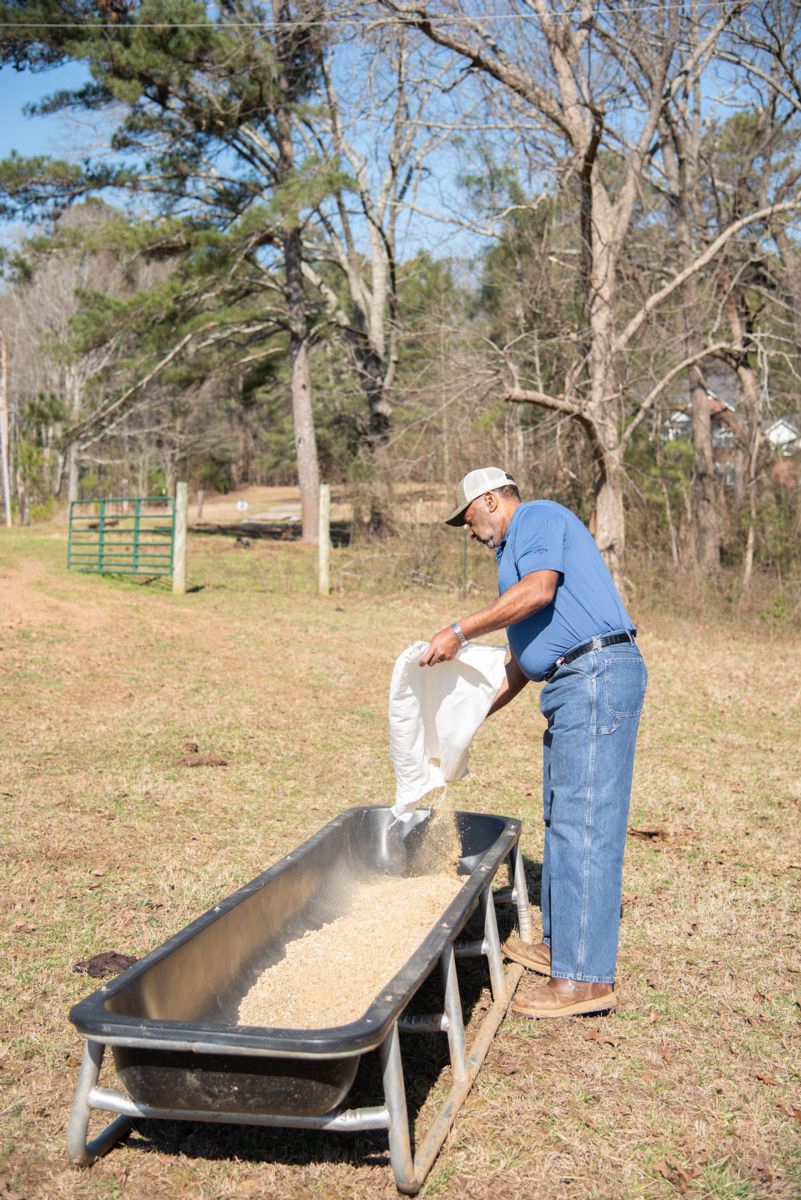 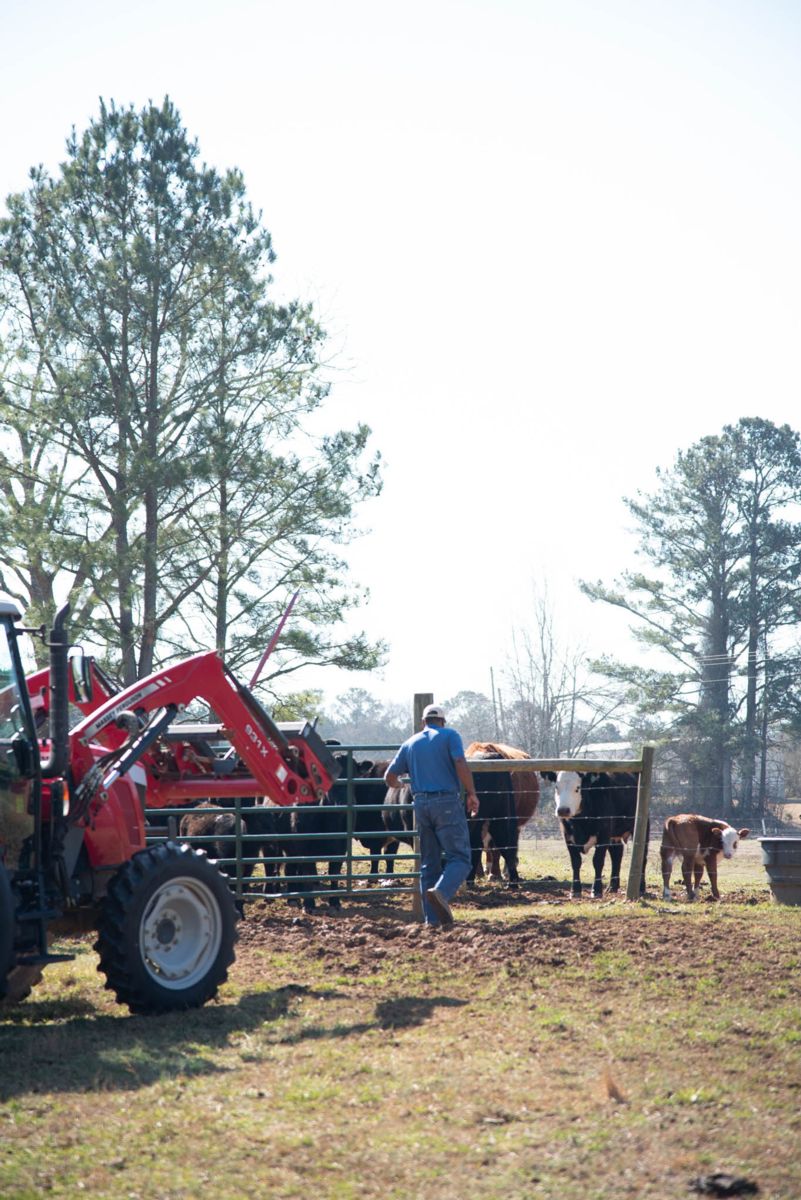 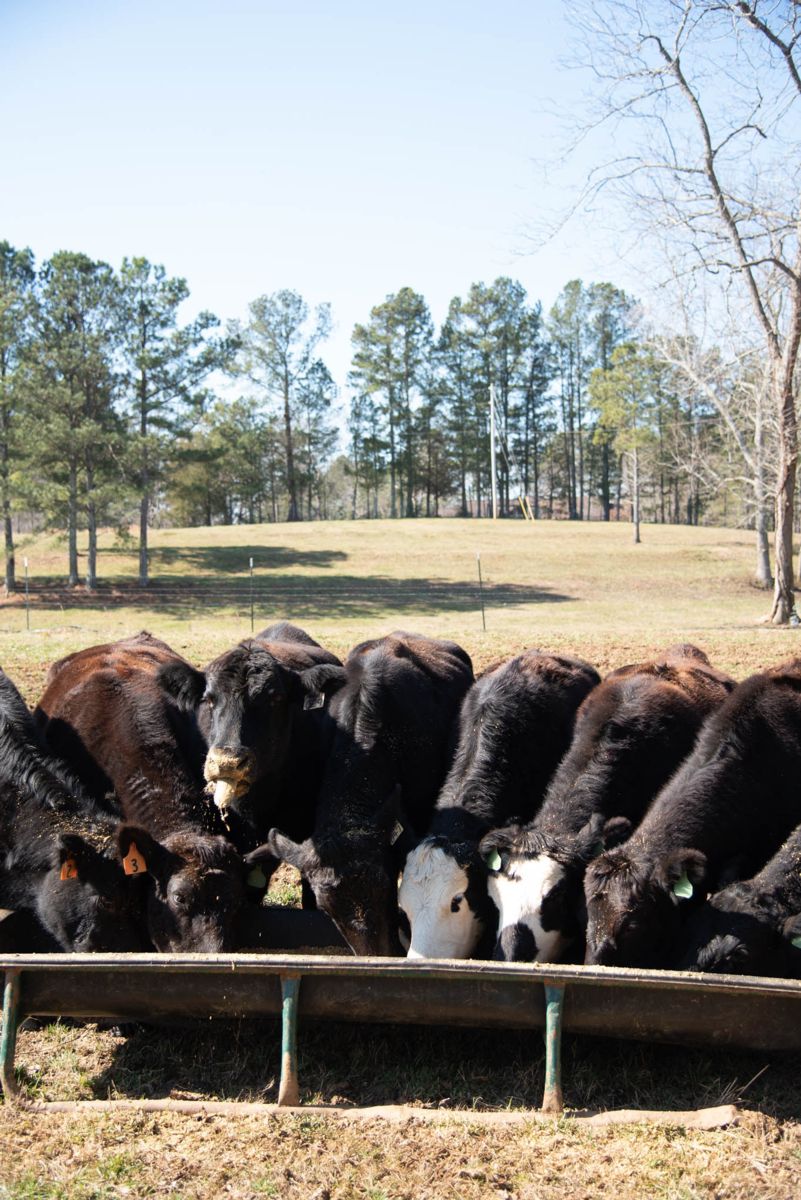 Based happily at home on the farm, Blake found he could balance a full-time job along with his farm duties. Like his dad, Blake works for the governor’s office. As a field representative for Gov. Kemp, Blake serves as a liaison for the governor in multiple counties across Georgia.

“It’s tough because I cover so many counties and travel so much. Once I get back home, it may be dark, rainy and cold, but I still have to feed the cows and check the fence,” he said.

Living and working on the family farm have taught Blake discipline, commitment and to pay close attention to details — all of which serve him well at his day job.

“Once you commit to something, you have to put your whole heart into it. I’m committed to this farm. These cows can’t feed themselves. I feed them. Discipline is imbedded in my life and when I’m on my farm, I run a tight ship,” he said. “At work, I’m a people person. I put people first. I listen to people and pay attention. If I’m speaking with someone on behalf of the governor, you just have to listen, let them talk and then work it out.”

Like his dad, Blake finds that the farm balances out a stressful workday.

“I cope with the stress by knowing who I am and what I want to do. I have an end goal for everything. My end goal for the farm is to raise the best heifers in this area, have real nice grass and get kids out here so we can teach people where their food comes from,” he said. “Educating our young people about farming is so important. I wish more people would take the time to stop by a farm, get a tour and learn about the benefits of being a farmer. I wish more people would just take the time to talk to a farmer.”

“We need to let young people know where their food comes from — that food is grown on a farm and not in a grocery store,” Allen said. “We’re seeing more programs for young people to teach them how to grow vegetables, and young people are beginning to invest in small farming operations.” 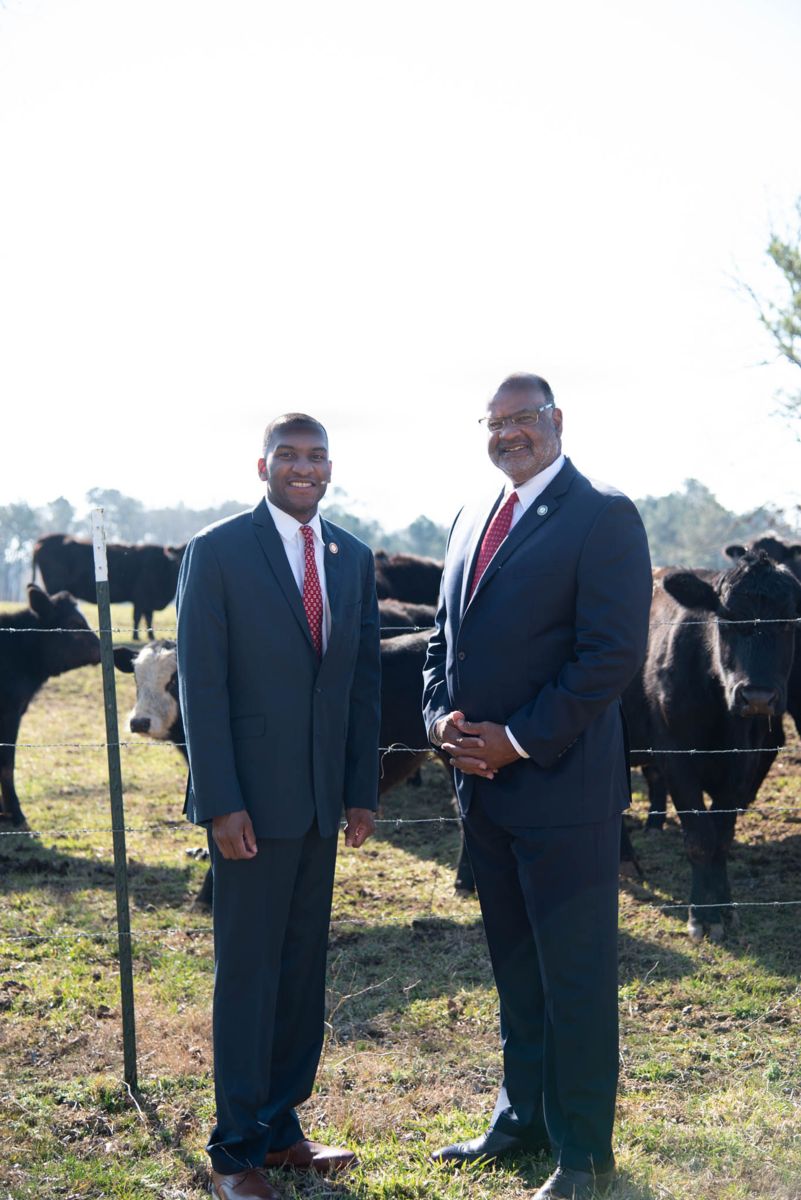 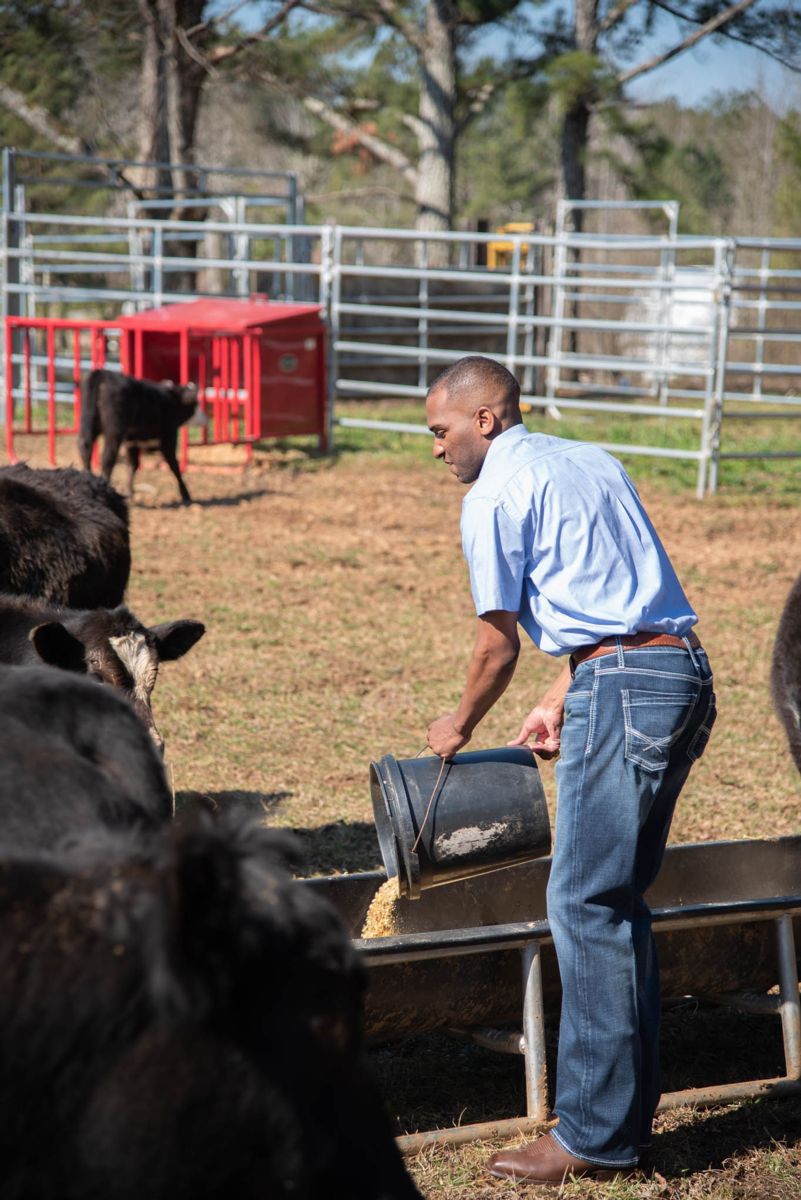 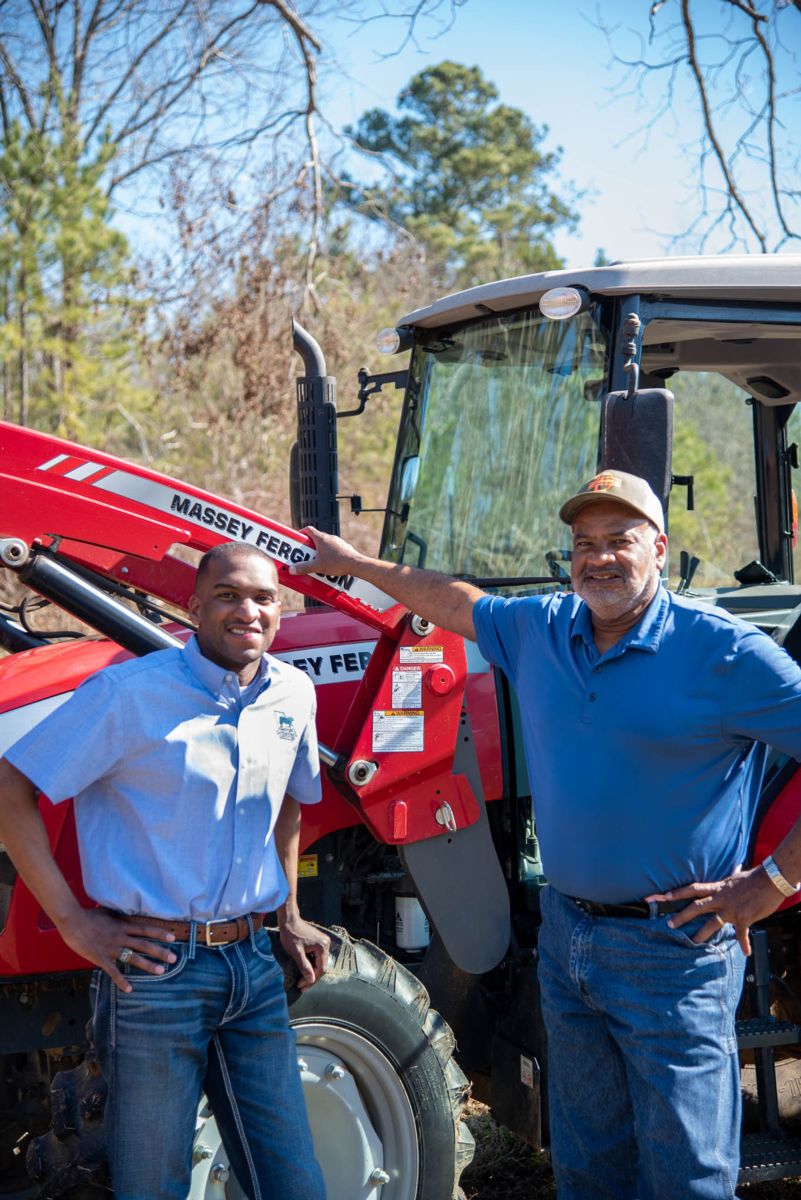 As for the young people who may have dreams of trading their stressful city jobs for wide-open spaces, the father and son team have a bit of advice.

“Start when you’re young and broke,” Blake said with a laugh.

But in all seriousness, he stressed patience.

“Be patient; it’s a process. Don’t try to look down the road too far. Look at what you’re doing right now for your farm. Be patient, diligent and steady as she goes. Don’t get down. You may have a bad year, but it’s a process. Pray about it and know that the sun’s gonna rise again,” Blake said.

Echoing the need for patience, Allen said you “can’t get rich off of farming, but you can make a decent living. It’s a lot of hard work, but I think it’s gratifying.”

Adding that because agriculture is one of Georgia’s largest economic engines, Blake said it’s import to keep an ear out for what’s going on in the ag industry.

“Educate yourself on farm policy and know what’s going on. Get involved in local and state government. Understand farm policy and why people do what they do when it comes to farm policy,” he said. “Most important, get off the sidelines and speak up. Be bold and be courageous.”