Considering his interests, one might say former Atlanta Brave Jeff “Frenchy” Francoeur is well rounded. The story of how he went from the right field to the farm field starts with his father-in-law, Malcolm McCoy, and friend Winn Morgan.

Malcolm and Winn met when Malcolm was working with IBM at the University of Georgia’s Corporate Relations Department. They had a hyper-local weather forecasting system and wanted to evaluate the impact it would have on blueberry farmers.

“So, I had to go and find the blueberry farmers to talk to and get involved with. I met them, and I loved them,” Malcolm said. “We introduced the program, and the more I met the farmers and heard about the business, I thought, I’d really like to be in the blueberry business.”

Malcolm’s family had about 600 acres, and after he retired, he decided to pursue the opportunity to farm. That’s when he reached out to Winn, who, as it turns out, is a blueberry expert.

“My grandfather started growing blueberries in the late ‘70s,” Winn said. “Growing up, blueberries were really the crop I knew best.”

That’s a pretty humble telling of the tale, according to Malcolm.

Once Malcolm realized he could make his blueberry farm idea come true, he reached out to his son-in-law to gauge his interest. That was in 2015, and at the time, Jeff was playing for the Philadelphia Phillies.

“He called me and said, ‘Hey do you want to come down and check this farm out? And would you want to put in 60 acres of blueberries?’ Well, I started looking at blueberries. I knew nothing about them, but I came down here and saw this piece of property and fell in love with it,” Jeff said.

And so, Major League Blueberries was born in Nicholls, Georgia. 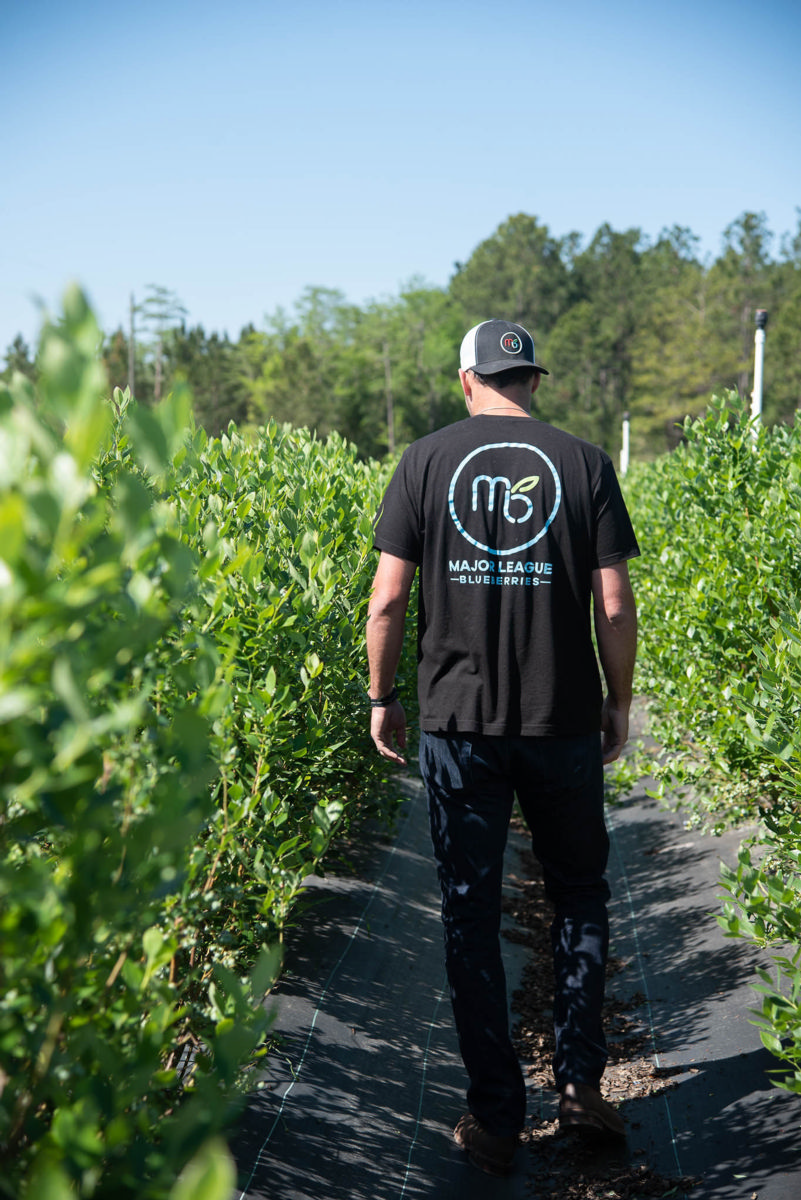 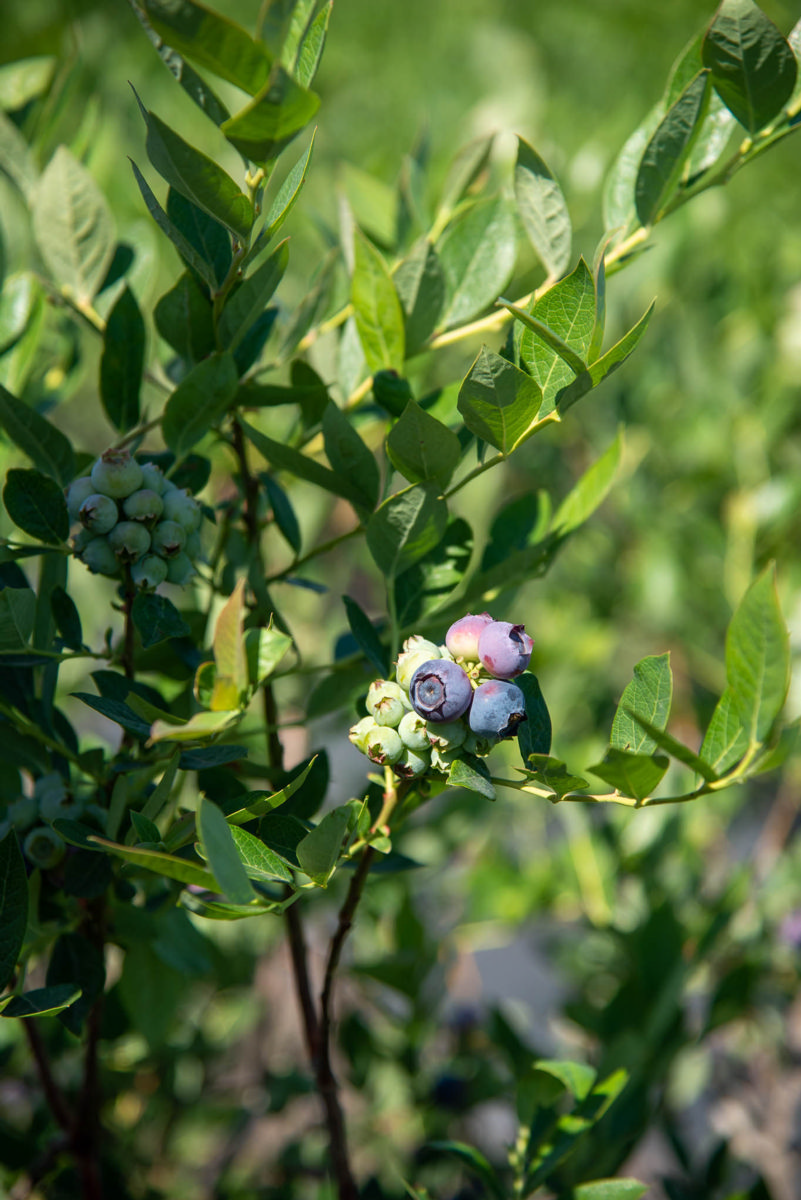 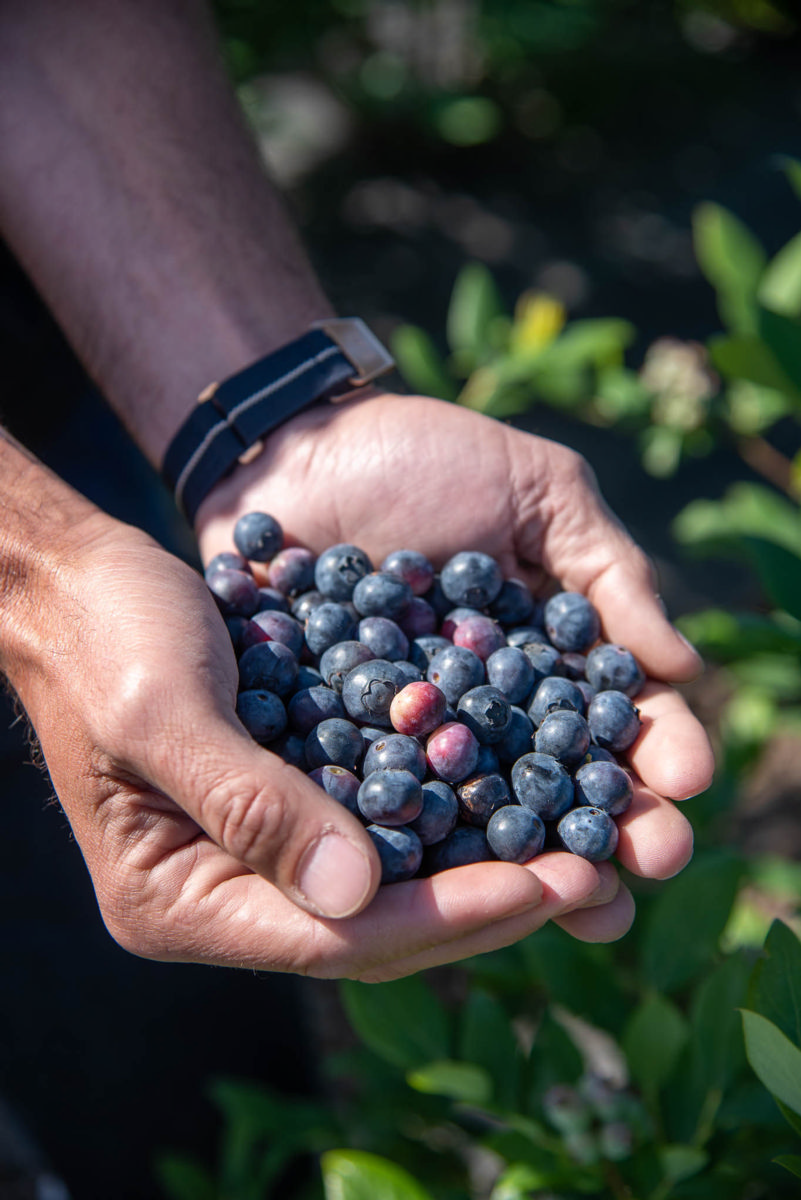 Although they readily admit that Winn “runs the show,” Malcolm enjoys lending “moral support” while he’s at the farm. Jeff balances his time between broadcasting for the Atlanta Braves, caring for his family and driving the tractor.

“Anybody who comes down here, I’ve always told them you have to get on a tractor, and you have to drive around for a couple hours. No phone, nobody to bother you, just put the music on. There’s something peaceful about it,” Jeff said. “I love being outdoors, first off. Between golf, coaching my kids and running, I love being outside. When you come down here, there’s something about connecting with the earth. Seeing these plants start so small and then they’re 8 feet tall during harvest and have 7 or 8 pounds on them — to experience that, it makes your heart get going. And I love every second of it.”

But to make it to harvest takes a lot of hard work and dedication.

“It’s a lot of work. We have to do everything by hand, but we get it done somehow,” Winn said. “I think my favorite part of farming is the crop. Growing up with the crop and seeing how genetics have improved through the years, smelling it, there’s something about being connected to the land and earth, and there’s something about being connected to your food — getting your senses involved with food. So that gets me going in the morning.”

Even though it’s a feast for the senses, Malcolm said being a farmer requires self-reliance and dedication.

“I think the biggest surprise is the reality of, if you’re a farmer, you’re responsible for anything and everything that happens on the farm. And there’s nobody you can really call to help. You have to be self-reliant. If its broken, you’ve got to fix it,” Malcolm said. “So, the picture of the farmers driving on the tractors in the bright sunshine — the guy who’s really making it happen is back at the office making all the phone calls, paying all the bills. The guy on the tractor has got the best part of the job.” 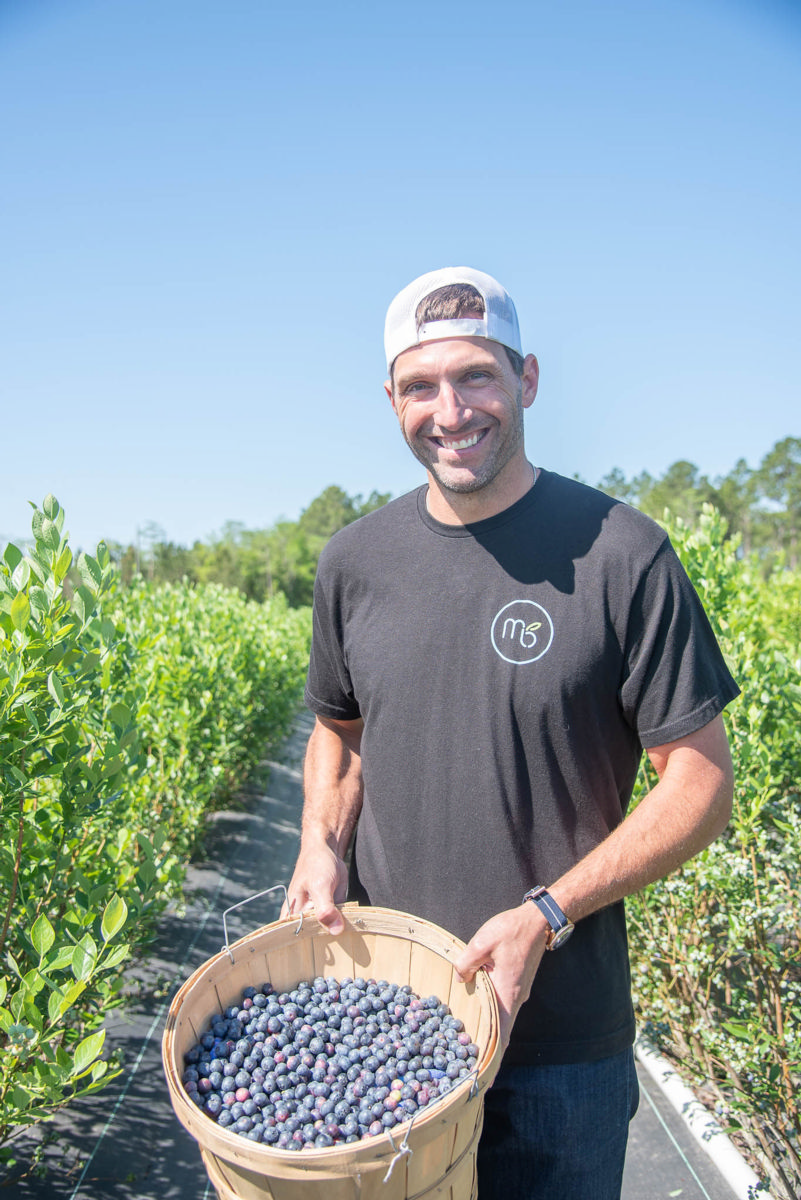 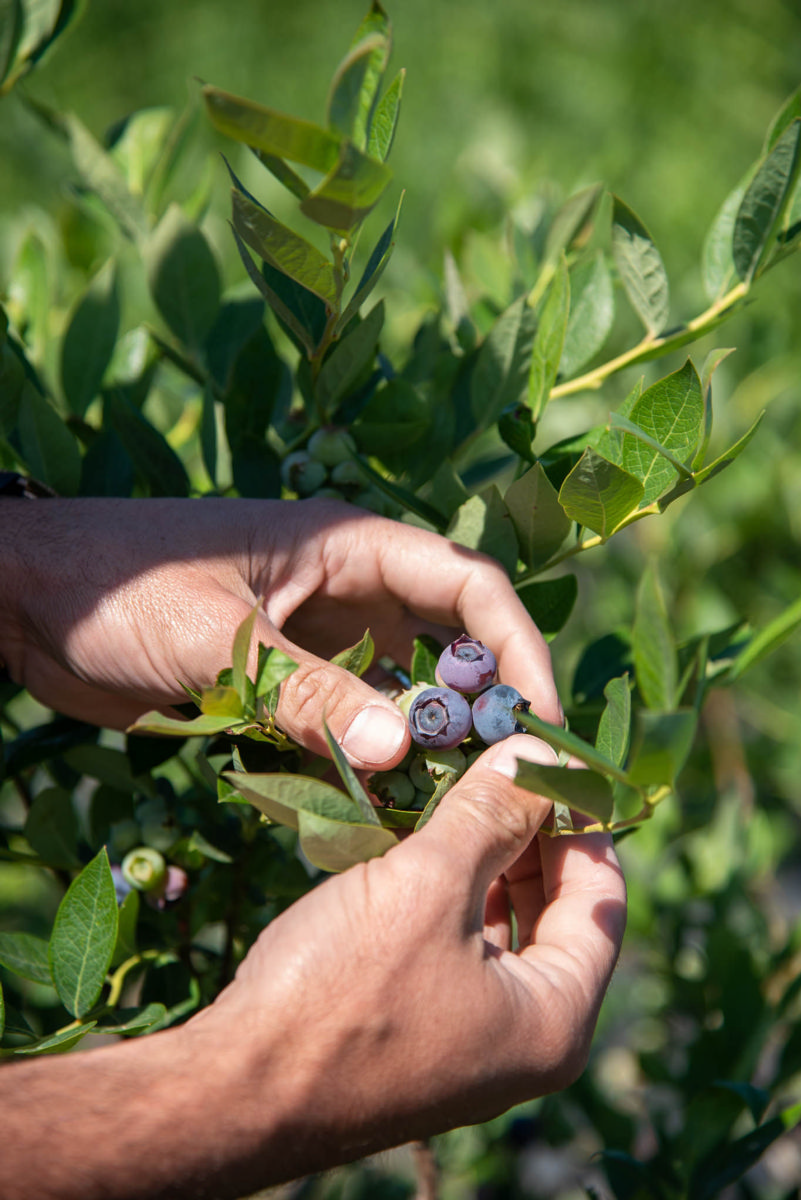 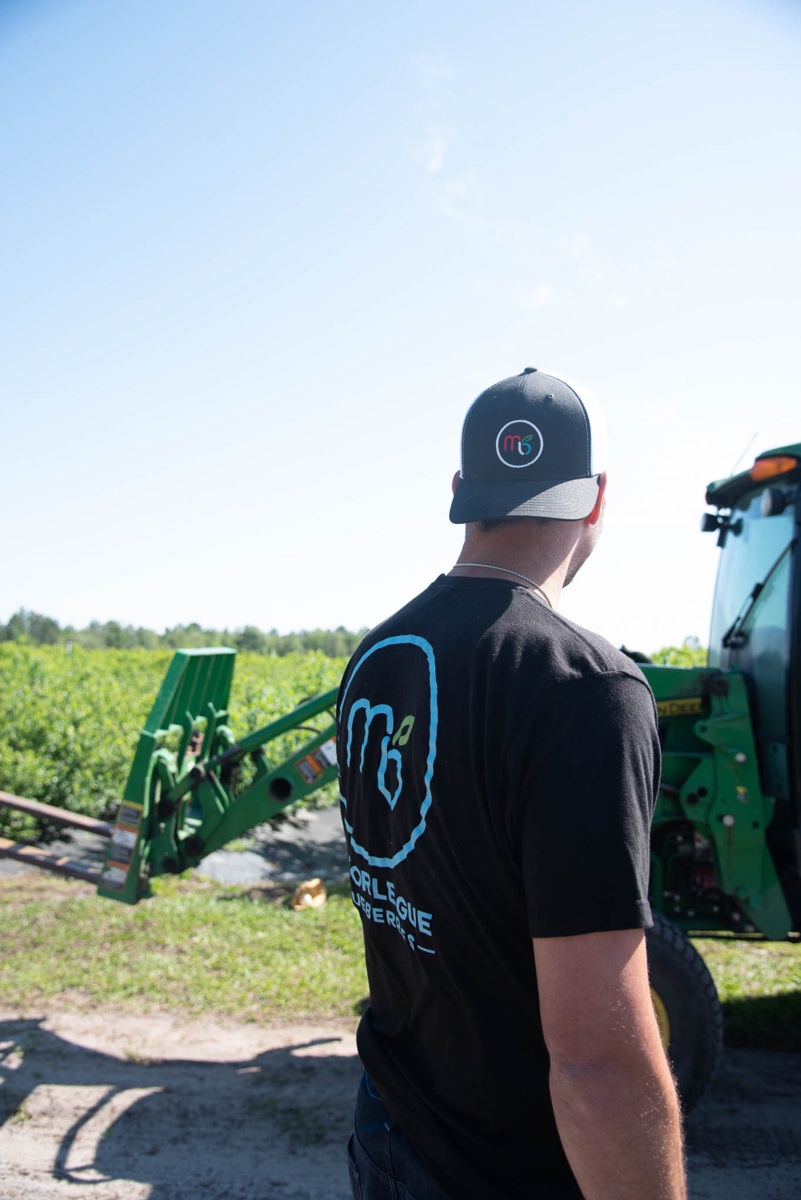 If you ask Winn, driving the tractor is something Malcolm enjoys a little too much.

“Yeah, Malcom will get back and is just covered in dirt. He’s been out dragging the rows or whatever, and I’m jealous because I really want to be in those shoes. And so, I invite him back to the spreadsheets,” Winn said with a laugh.

“And then I have to come back in,” Malcolm added. “But then I think, ‘I can’t sit here anymore. I’ve got three hours of sunlight. I’ve got to at least go get on a tractor and enjoy this before we go back to the spreadsheets!’ And the thing about farming is that it is a business, but it is a business that you are responsible for and you’ve got to live with. So, there’s pressure. You’ve got to have a good crop. You’ve got to make sure your costs are under control and that at the end of the day, you’re going to make your bank payments and make money you’re going to live on. So, is it a cake walk? No! It’s one of the hardest things you’ll do in your life.”

Realizing that farming is a serious undertaking is one of the biggest lessons Malcolm has learned.

“The reality is, you’re running a multimillion-dollar business every day by the decisions that you’re making,” he said. “And those decisions can be good and bad. And they’re going to impact your ability to produce fruit and to make an income.”

It’s a way of life that they feel the younger generation is not connected with.

“A lot of the farms in our country are going out of business, and the ones that aren’t going out of business are sending their kids to be in other professions. The part that concerns me is our future generations not farming,” Winn said. “People have disconnected with food all together. You go to the store and you see blueberries, you see strawberries, you see raspberries, and you put them in your buggy. Very rarely do you look at the label to see where they’re from. And so, there’s that disconnect between people and where their food comes from.”

Now that he’s been in the business for seven years, the hard work of farmers and the disconnect with consumers is something Jeff will never take for granted.

“It’s very fulfilling when you go to the grocery store and you see people buying your blueberries and buying what you’ve done, putting in the hard work. But like anything, at the end of the day, it is a business,” Jeff said. “I think the one cool thing, or the big satisfaction, is the challenge that every day you come here there might be something new on the farm. But I feel like by 7:30 that night, we’ve conquered it. We’ve picked our berries and we can sit out here on the porch, watch the sun go down in this beautiful field and realize, it’s been a heck of a day.”