Cohen Echols and Cohen Talton have more than a first name in common. The two youngsters both have Down Syndrome and have fallen in love with agriculture. From spending time with their families and working in the family business, to raising animals and even speaking a little Spanish, ag is a means for these youngsters to learn and grow. When Cohen Echols was just a few months old, a therapist told his parents, Drew and Shelly Echols, that their family farm was the best place for Cohen to grow up.

“For me, when Cohen was first born, I felt sorry for myself and Shelly for a few weeks,” Drew said. “As farmers, most of us want our kids to work with us and eventually take over. Odds are that Cohen will always work with me on the farm, and I think that’s a really cool thing. We joke with friends about them being empty nesters, but we’ll always have him around, and we’re really happy about that.”

Like his older sister Chloe Echols, Cohen often takes part in the family business, Jaemor Farms, a fruit and vegetable operation near Gainesville. Their 600-acre farm grows peaches, strawberries, pumpkins and other veggies. More than 40 people work on the farm and Cohen is instrumental in that.

“He loves hanging with the workers and speaking a little Spanish to them, and going to our farm market to stock produce. At Christmas, he helps make gift baskets and, in the fall, helps at the ticket booth to our corn maze. He cleans tables, takes out the trash, and what’s so cool is that even with those tasks that most people consider menial, he doesn’t have to be told to do it. He loves sweeping and cleaning, and takes pride in that,” Drew said. 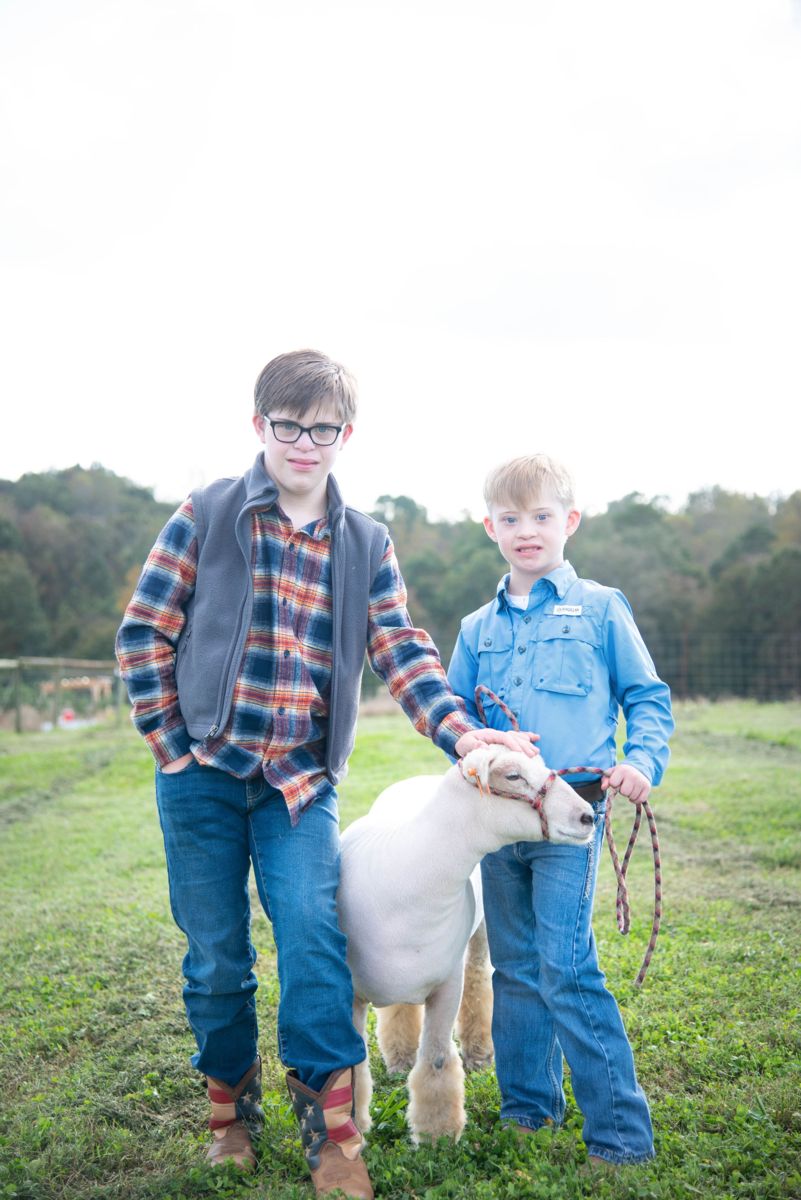 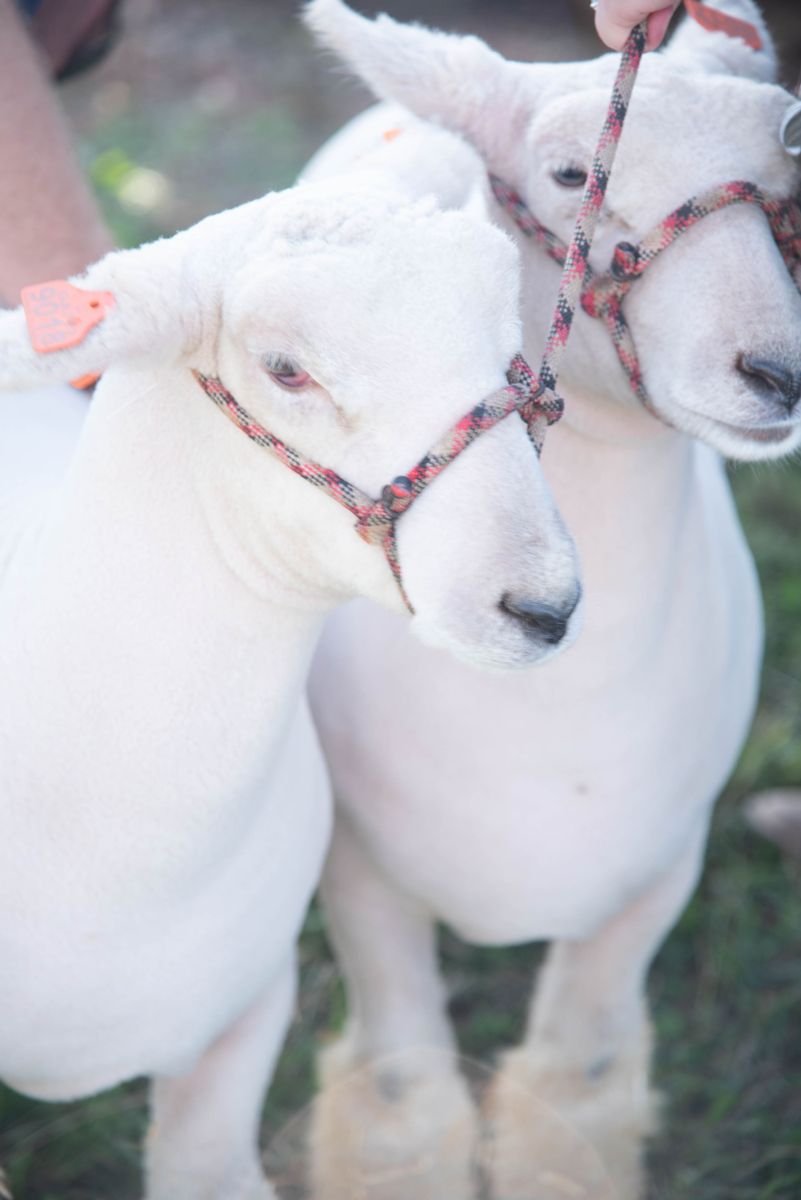 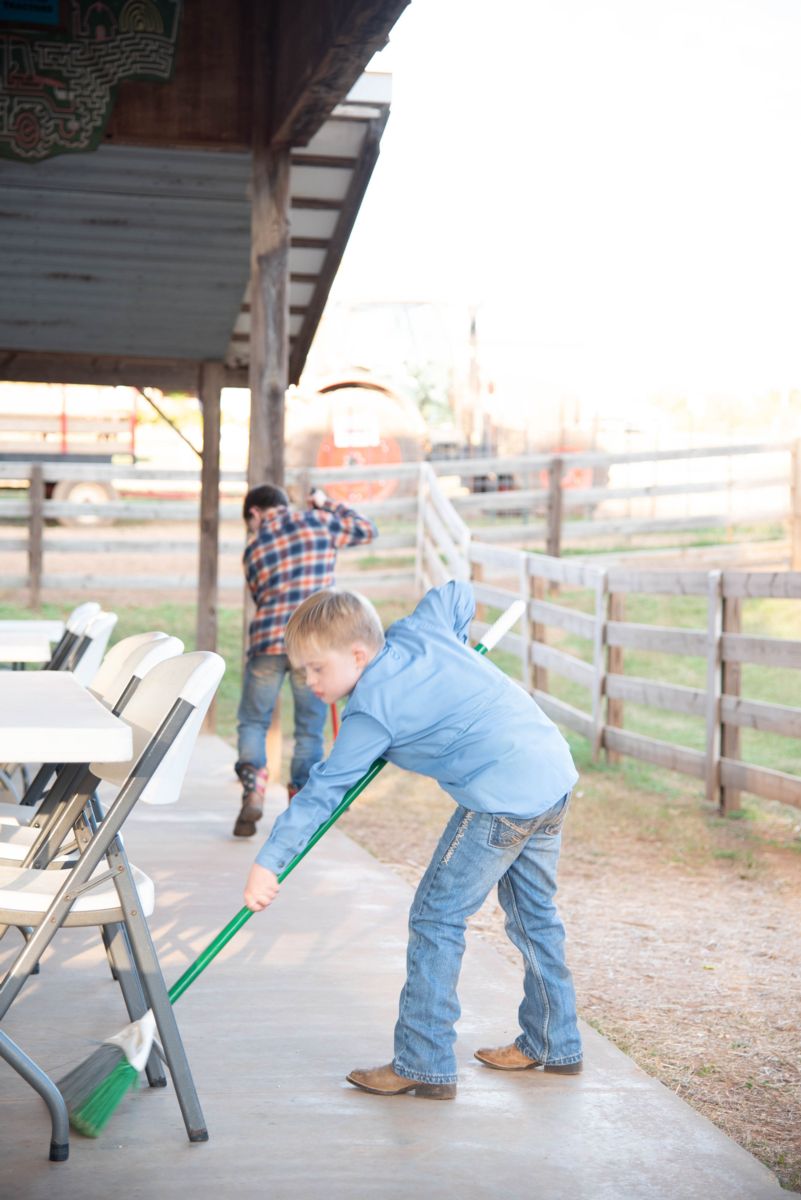 Even though it may take 13-year-old Cohen a little longer to learn new tasks, Drew and Shelly have never shied away from teaching him responsibility.

“A lot people told us early on that Cohen can do anything he wants to do, although it may take him longer to get there. And we’ve seen that’s pretty much the case. Anything he wants to learn, he does, but he has to work harder at it,” Shelly said. “We’ve always had high expectations from him, like learning how to behave, how to not cause a scene, how to sit through church, or sit through a dinner and eat his food and not need a lot of help from other people. He can function in society. All of the learning he’s done on the farm has just enriched that.”

Learning from agriculture, however, isn’t just limited to farming. Cohen Talton’s passion is showing animals. A true family activity, his parents, Clay and Brittany Talton, both grew up showing animals, and they’ve shared that love with their children, Lola, Cohen and Nora.

“Brittany and I were so familiar with showing, it came natural to us to share that with the children,” Clay said. “We knew the work that would have to go into it with Cohen. We approach the daily routine a little differently with him, but it works for us as a family. We practice as a family, travel as a family and show as a family. It’s our thing.”

Living in Monroe County, each of the kids started showing livestock at a young age to learn responsibility. Laughing about their expectations from Cohen’s early years showing, Brittany said Cohen, now 10, has “blown them out of the water.”

“We’ve changed the definition of ‘success’ for Cohen with each passing year. When he first started, our goals were that he attempted to stand in line and to hold on to his goat,” Brittany said. “It’s amazing how much he’s blossomed. We can see a visible increase in his confidence and a pride in what he’s doing.” 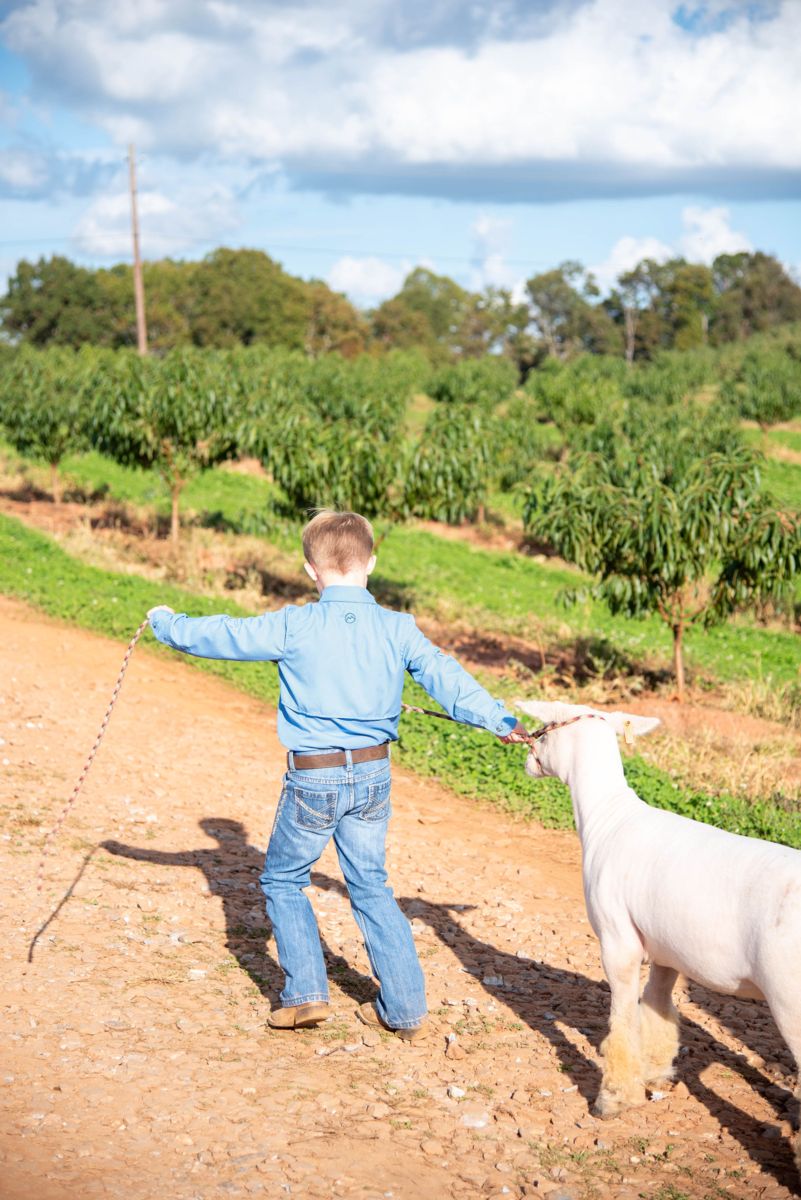 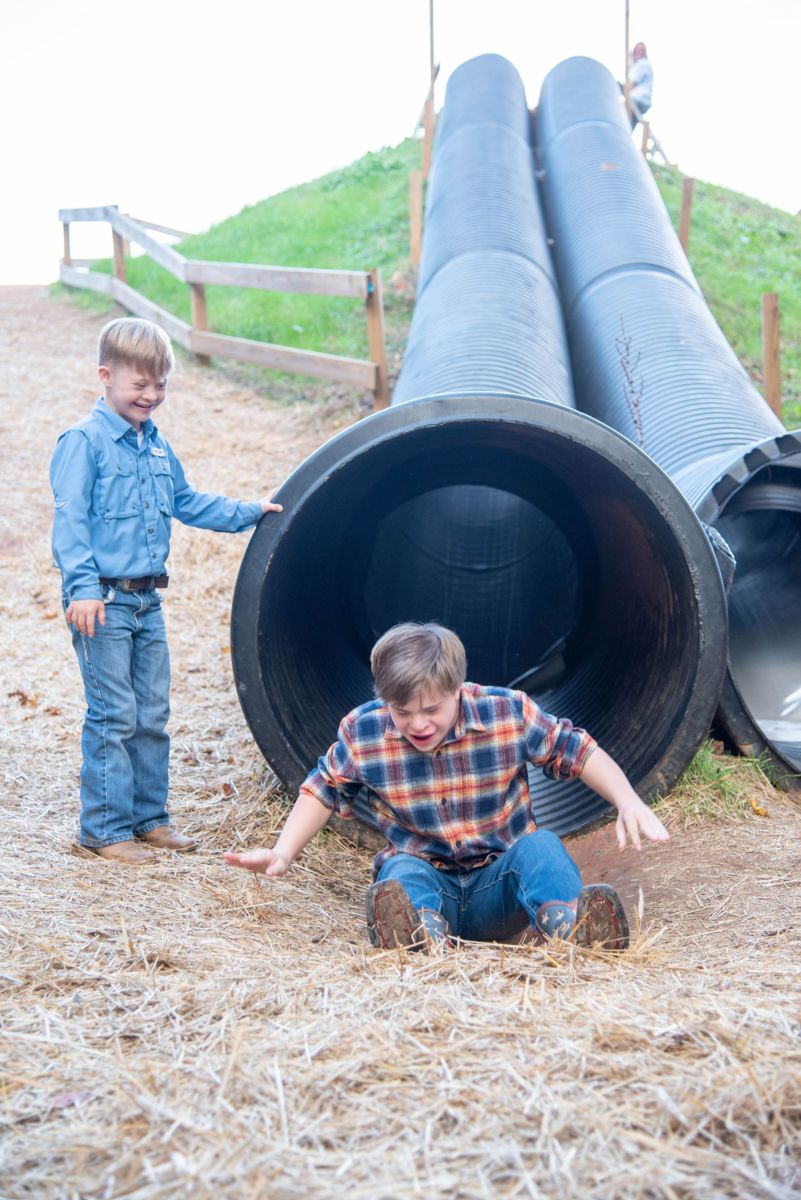 Showing livestock gives Cohen a means to compete in something where he’s put on the same level as typical peers.

“For him to be with all his peers, with all the other third and fourth graders, and in some cases older kids, it’s a good place for him to be in that regard,” Clay said.

“This is a living animal and it can’t wait for it to be convenient for you to feed it or care for it. Caring for a living thing drives it home that this is a learning project, but it’s also real life. This is what farmers deal with every day but to put food on our tables,” Brittany said.

Raising animals, like raising crops, is hard work, and there are life lessons to be learned from both.

“I was a public-school teacher before I had Cohen,” Shelly said. “If kids didn’t grow up around a farm, they may have no concept that peaches from a jar actually grow on a tree. My kids understand where food comes from and the work it takes. Lessons in work ethic, learning to never give up and the closeness of family relationships are some of the best things that farm families have, and I’m thankful my kids get to grow up in that atmosphere.”

Clay said kids are being raised differently these days.

“There are so many things that turn kids’ attention away from agriculture. The more we can show them, we can give them the opportunity to experience ag,” he said. “Whether it’s showing animals or having a garden, there’s an opportunity out there for them.”

“Children are the next generation. They’re the next voters, the next leaders,” Brittany said. “They’re already big consumers. Everything’s at eye-level for them. It’s important to teach them how those things are grown.” 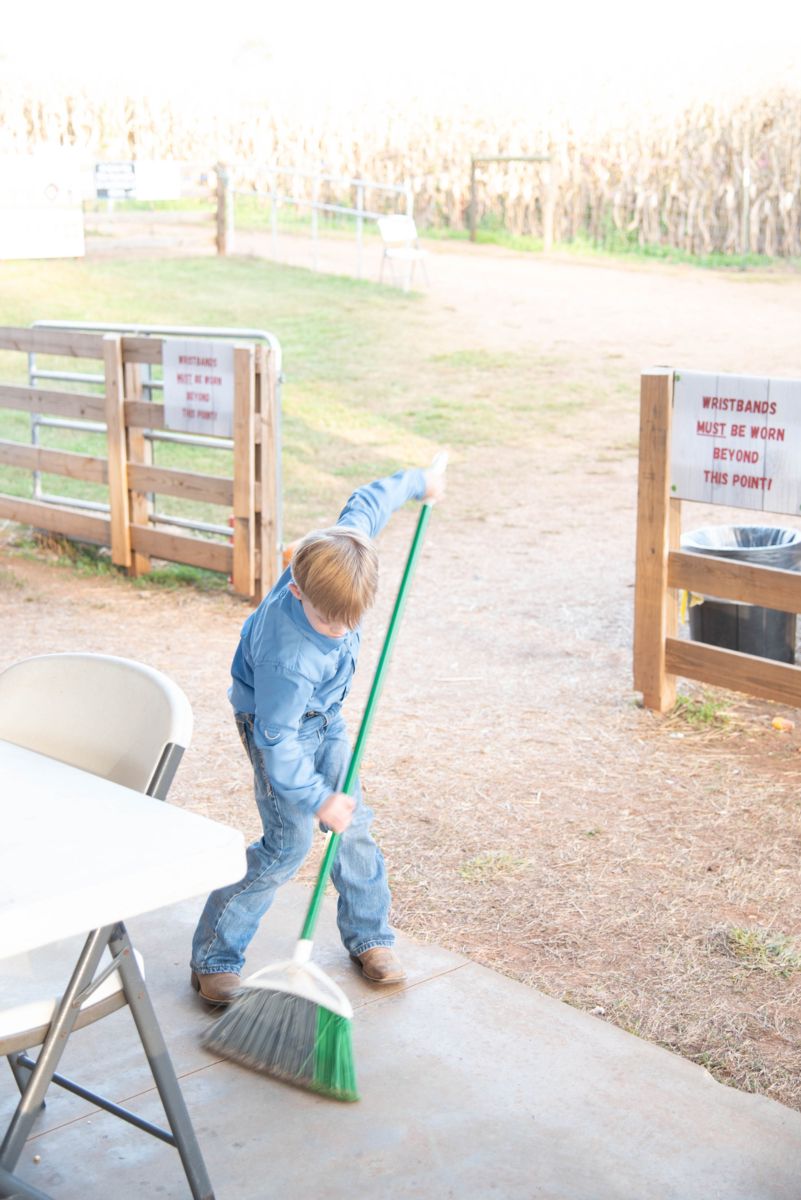 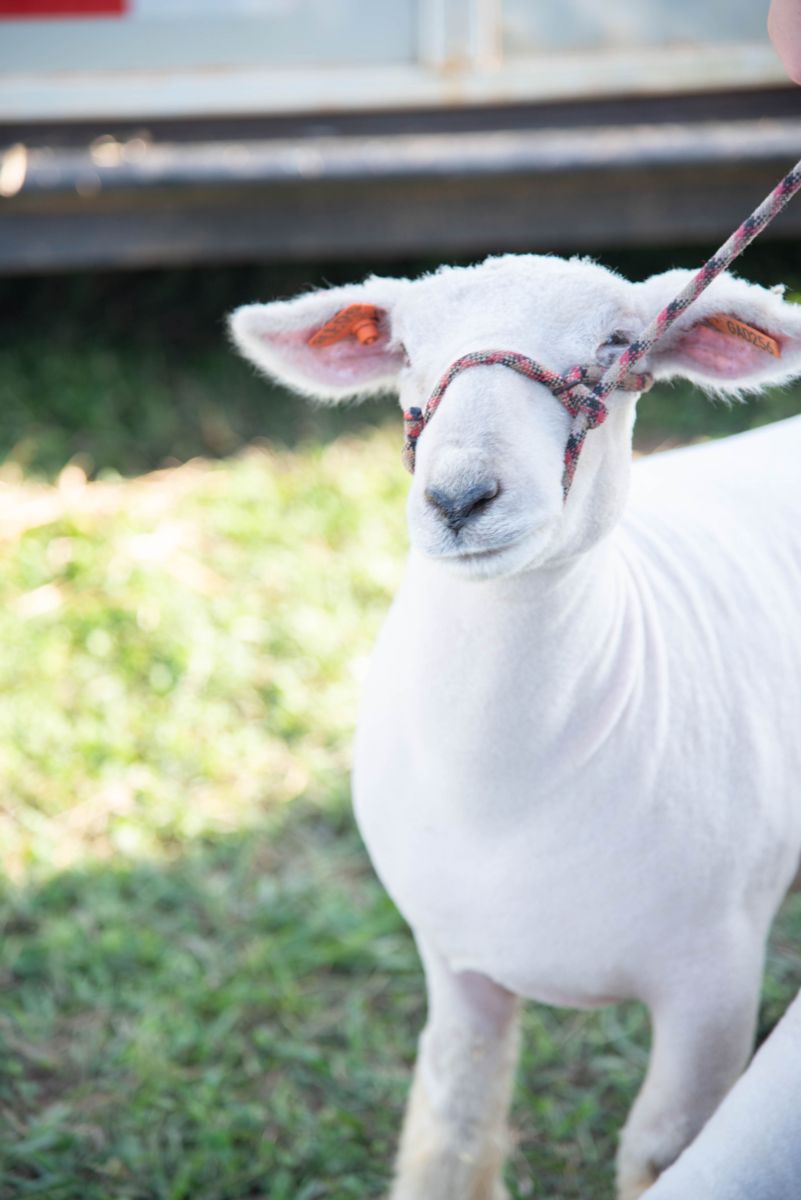 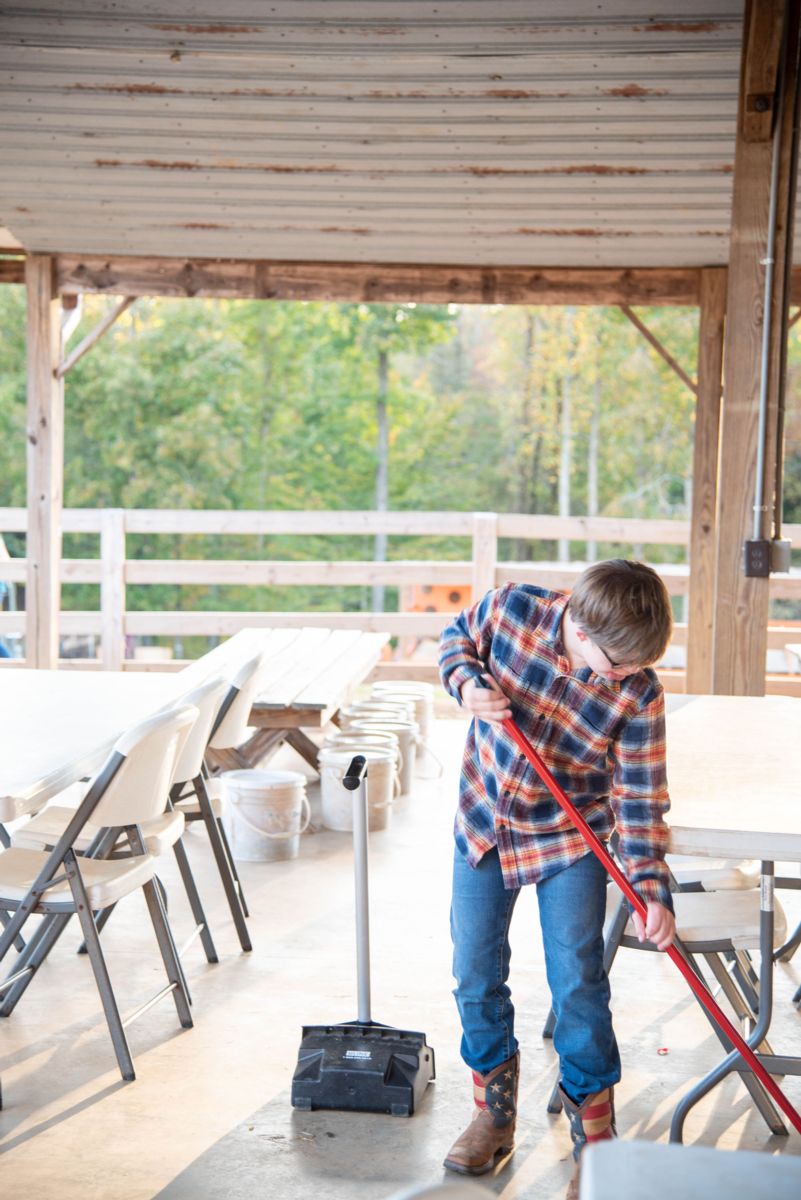 It’s also important for children to learn that just because some kids are different, it doesn’t mean they aren’t just as capable. The Taltons believe that sharing Cohen’s story with the world can help normalize the way people view children with Down Syndrome.

“Last year was Cohen’s most successful year showing and competing against peers his own age,” Brittany said. “When COVID-19 happened, many surrounding states canceled shows, and we jumped on any opportunity to show anywhere we could. We met a lot of different people last year and exposed a lot of new people to the fact that Cohen can do this. Kids with special needs can do this, with the proper support. Cohen has a Facebook and Instagram presence. We’re not trying to detail his whole life, but if we can share his day-to-day that shows how typical he is, we think people will realize he’s more alike than different. We always exemplify that he’s just like everyone else. He’s got limitations, but so does everyone.”

“I keep thinking of a video we shot during the COVID-19 shutdown, of Drew and Cohen riding on the ATV. Drew let Cohen drive it, and that video got so many shares. The look on Cohen’s face, it was pure joy,” Shelly said. “We’re all better off for having Cohen in our lives and everyone who comes into contact with him feels that way. There’s a lot of the ag community who have family members with special needs and they share the same sentiment. A farm is a great way to raise a family period, but especially raise a family member with special needs.”