On January 9th, 2022, the Georgia General Assembly gathered for Day 1 of the 2023 legislative session. The chambers were buzzing with excitement, and it was hard to tell if it was for the start of a new legislative session or the national championship game to be played in Los Angeles later that night. With a Bulldog victory over the Horned Frogs on Monday, the General Assembly reconvened on Wednesday January 11th for the second day of the 40-day session.

On Monday the House and Senate passed an adjournment resolution setting the calendar for the remaining 40 days of the legislative session. Crossover Day, marking the point at which all bills must pass the chamber in which they originated to have a chance at final passage this year, has been set for Monday, March 6th. Sine Die, the last day of session, will be on Wednesday, March 29th. This session marks the first year of the two-year biennium, meaning there will be no legislation that carried over from last year.

At the beginning of this session, we welcomed 52 newly elected freshmen legislators to the General Assembly -  10 new state senators and 42 new state representatives. Following a special election on January 31st, three additional new members to the General Assembly will fill the vacant seats of House District 7, House District 172, and Senate District 11. The House seats were occupied by the late Speaker David Ralston (HD 7) and Rep. Sam Watson (HD 172) who gave up his position to run for the vacant Senate District 11 seat, formerly held by Sen. Dean Burke (SD 11).

Legislators met for a total of 4 legislative days this week, adjourning on Friday. They will return on Monday January 23rd, for Legislative Day 5. Next week will largely consist of appropriations hearings as the General Assembly looks to set funding levels for 2024 and amend the FY2023 budget. 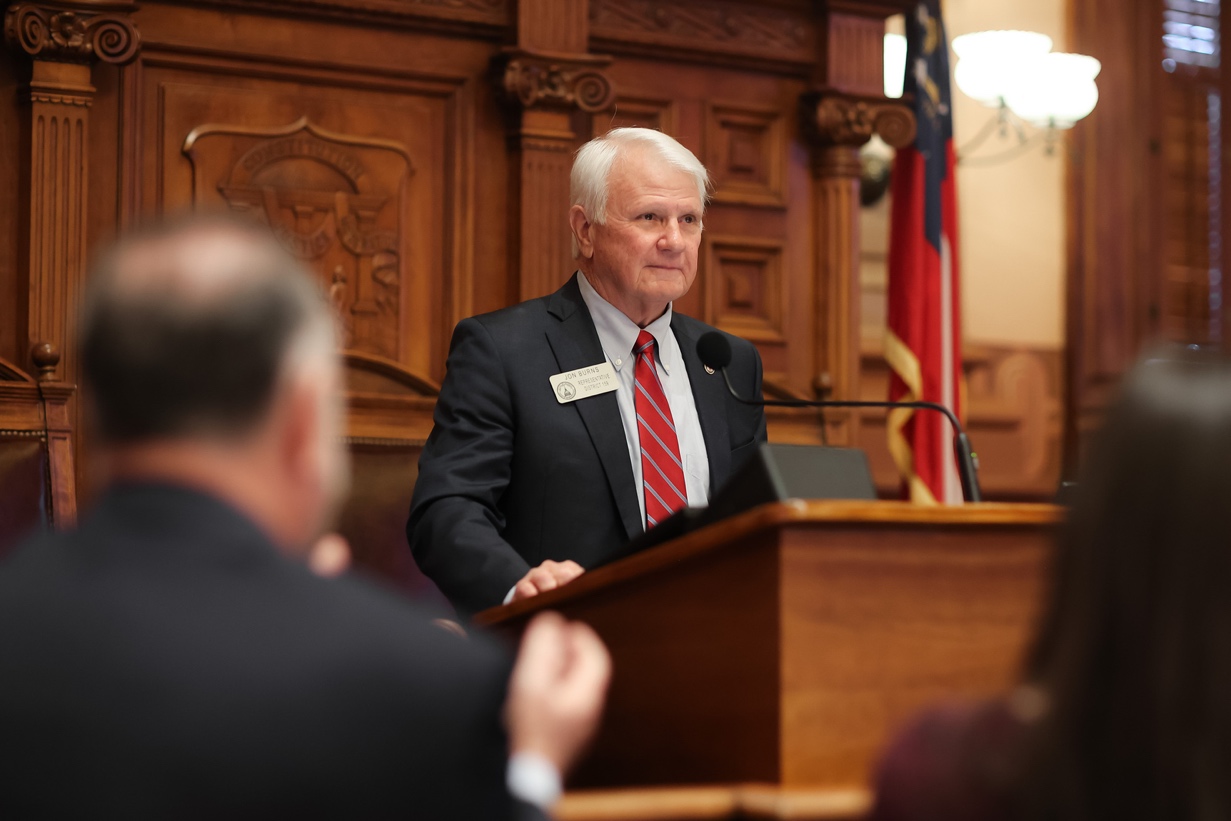 As we enter a new year and legislative session, we welcome our constitutional officers who are newly elected and those returning for another term. A joint meeting of the State House and Senate convened in the Georgia State Convocation Center, where Governor Brain Kemp and all other constitutional officers were sworn in. In Governor Kemp's inaugural address, he highlighted his accomplishments over the past four years and outlined his plan to build on that success during his second term. Governor Brian Kemp will serve another 4-year term after winning reelection this past November, earning over 53% of the statewide vote.

Georgia Farm Bureau congratulates all of our elected constitutional officers, and we look forward to working with them throughout the 2023 legislative session and for the years to come. 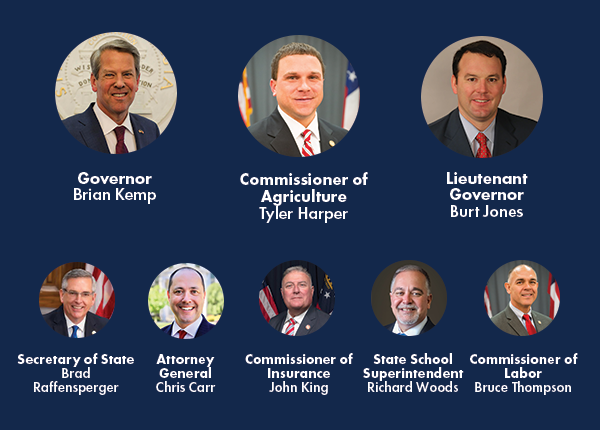 With quite a few new faces in the Georgia General Assembly also comes changes to key leadership positions in both the State House and Senate. This week, Sen. Russ Goodman (R-Cogdell) was named Chairman of the Senate Agriculture and Consumer Affairs Committee for the upcoming legislative session. Sen. Goodman is a 7th generation farmer in South Georgia and is a great friend to agriculture and Farm Bureau.

The passing of longtime Speaker of the Georgia House of Representatives, David Ralston, late last year came as sad news to all those who knew him. Speaker Ralston's work as a member of the General Assembly and Speaker of the House for the past 12 years will have a positive effect on our state for a long time to come. Taking over the role as Speaker this year is Rep. Jon Burns from Newington, Georgia. Previously serving as the House Majority Leader, Speaker Burns represents House District 159. We are excited to have such a strong supporter of agriculture and Farm Bureau in this distinguished position.

Continuing in her role as House Speaker Pro-Tempore is Rep. Jan Jones of District 47. Rep. Chuck Efstration of District 104 will assume the role of House Majority Leader and James Beverley of District 143 will continue to serve as the House Minority Leader. For a comprehensive list of the leadership posts in the House please click here.

On Friday Governor Kemp released his AFY2023 and FY2024 Budget Report. With state revenues continuing to remain strong, Georgia is on solid footing with a Revenue Shortfall Reserve in excess of $5 billion and additional funds marked as Undesignated Shortfall Reserve. Governor Kemp plans to again use $1 billion of state reserves for a one-time taxpayer refund and another $1 billion for a one-time Homeowner Tax Relief Grants (HTRG) program. The Governor's proposed budget for FY2024 also includes a $2,000 cost of living increase for all state employees totaling around $243 million. Other items include investments in economic development, K-12 education, and law enforcement.

Public Policy Staff will be reviewing the Governor's proposed budget and will be providing a detailed look at all items related to agriculture in next week's legislative report.

We are excited to welcome two new faces to the Georgia Farm Bureau (GFB) Public Policy Department. Back in October, GFB welcomed Keaton Walker as the new Advocacy and Policy Development Specialist. She is married to Dr. Clay Walker with one son, Canaan, and currently lives in Hawkinsville, Georgia. Walker grew up on a family farm in Colquitt County raising cattle and quail. She is a graduate of Abraham Baldwin Agricultural College and the University of Georgia with a degree in Agricultural Communications. Previously in her career she held positions with Circle F Farms and the Georgia National Fairgrounds & Agricenter. At GFB, Walker will oversee GFB's annual policy development process, operations of the newly formed PAC, and coordinate members' grassroots advocacy initiatives. 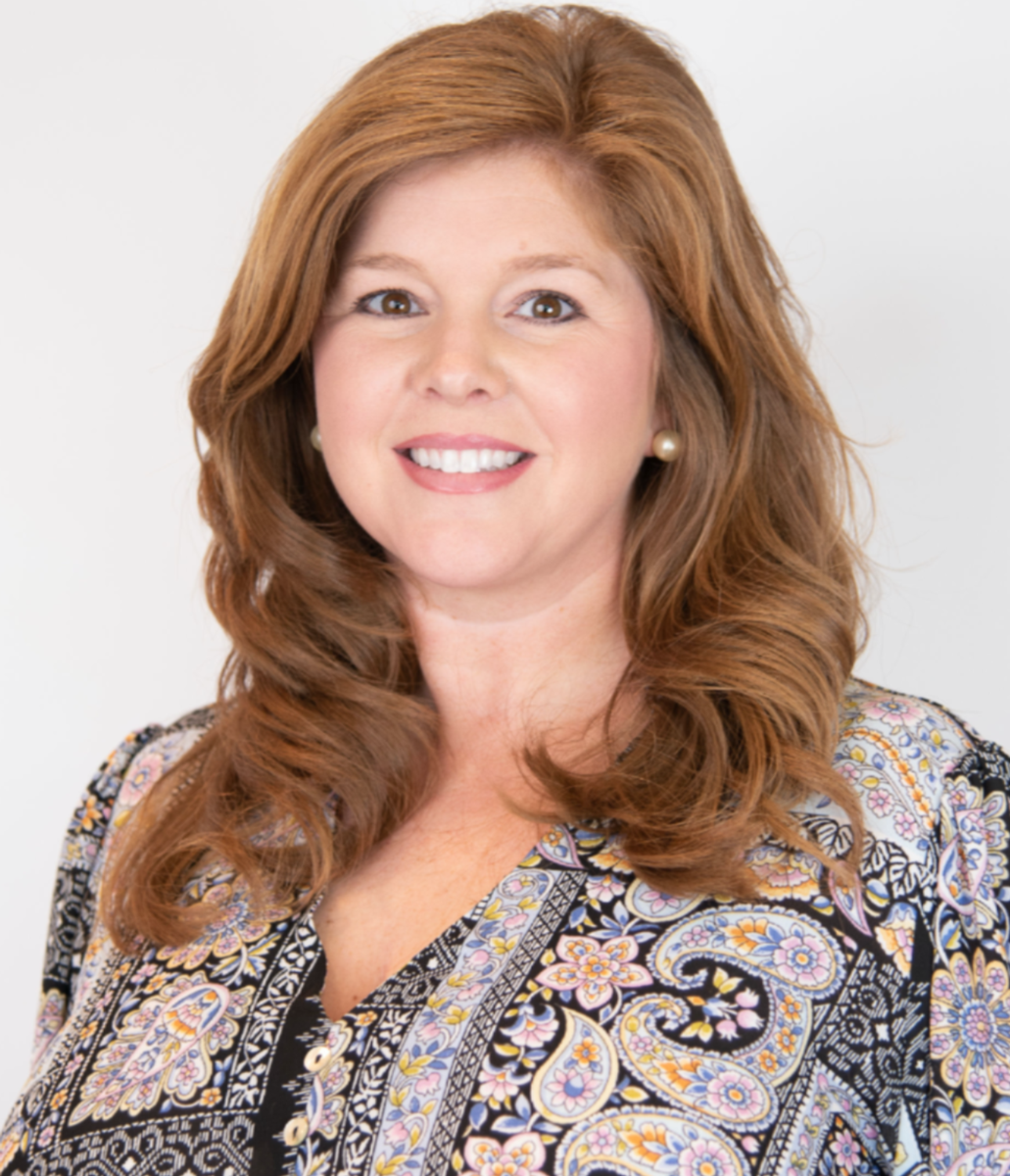 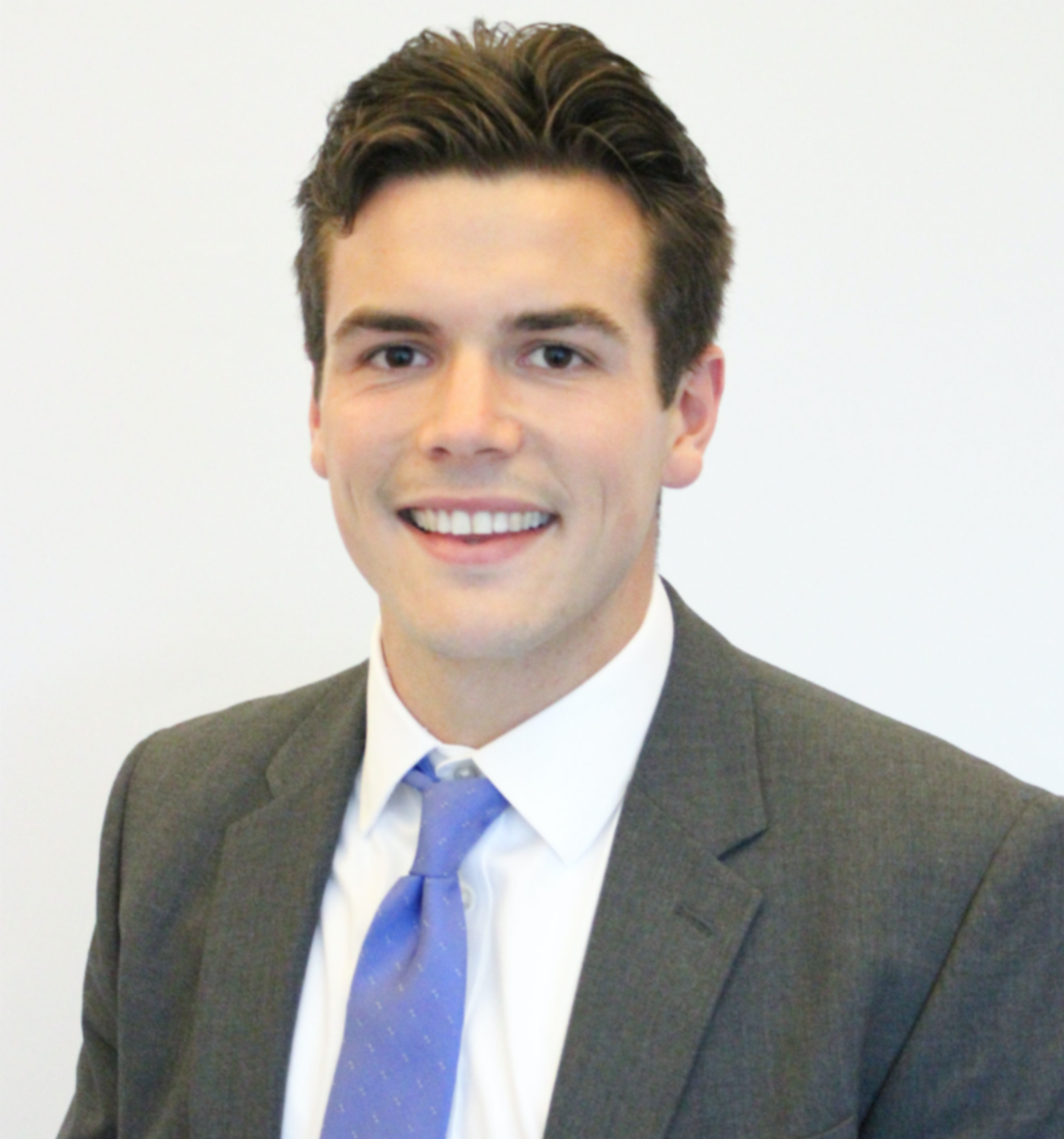 In January, Adam Belflower joined the team as a Governmental Affairs Specialists. He is a recent graduate of the University of Georgia College of Agricultural and Environmental Sciences where he studied Agribusiness. Belflower is originally from Cochran, Georgia where he attended Bleckley County High School. At a young age he realized his love for agriculture while working on various farms in Bleckley County. In hopes of pursuing a career in agriculture, he attended UGA and became an active member of UGA's Young Farmer & Rancher (YF&R) chapter. Through his time at UGA, involvement with YF&R, and various agriculture internships, Belflower came to start his career with GFB. In this role he will be responsible for representing Georgia agriculture in the legislative arena and working to advance GFB policy before the Georgia General Assembly.

We are excited to have these two join our team and excited to see the great work they will do on behalf of Georgia agriculture.

On January 8th, 2023, during the American Farm Bureau Federation (AFBF) Convention in Puerto Rico, AFBF and John Deere signed a memorandum of understanding that ensures farmers' and ranchers' right to repair their own farm equipment. This is a culmination of years of discussions between AFBF and John Deere.

The agreement gives farmers and independent repair facilities the ability to access tools, information, and resources needed to repair John Deere equipment while also protecting the intellectual property rights of John Deere products. "A piece of equipment is a major investment. Farmers must have the freedom to choose where equipment is repaired, or to repair it themselves, to help control costs. The MOU commits John Deere to ensuring farmers and independent repair facilities have access to many of the tools and software needed to grow the food, fuel and fiber America's families rely on," said AFBF president Zippy Duvall.

The MOU sets parameters and creates a mechanism to address concerns. It requires AFBF and John Deere to meet at least twice a year to assess the effectiveness of the MOU. It is the hope of Farm Bureau that this original agreement with John Deere will be a model for other manufactures across the agricultural sector. To read the official MOU click below.

Approximately 120 Georgia Farm Bureau leaders traveled to San Juan, Puerto Rico for the American Farm Bureau Annual Convention on January 6th. Attendees were able to participate in a full agenda of speakers and informative breakout sessions covering topics including leadership development, policy updates, and farm tours, as well as the business session to vote on policy resolutions for the 2023 AFBF Policy Book.

The great work of our members was also recognized across multiple programs throughout the week. GFB is proud to have received the AFBF Award of Excellence in four different categories--advocacy, engagement & outreach, leadership & business development, and coalitions & partnerships. Additionally, the MycoLogic team, from Kennesaw State University, won the People's Choice Award in the Agriculture Innovation Challenge for their impressive culinary mushroom cultivation process and design. We are also very proud of the success and strong showing by Georgia's representatives in the Young Farmers & Ranchers Discussion Meet, Excellence in Ag, and Achievement Award competitions. 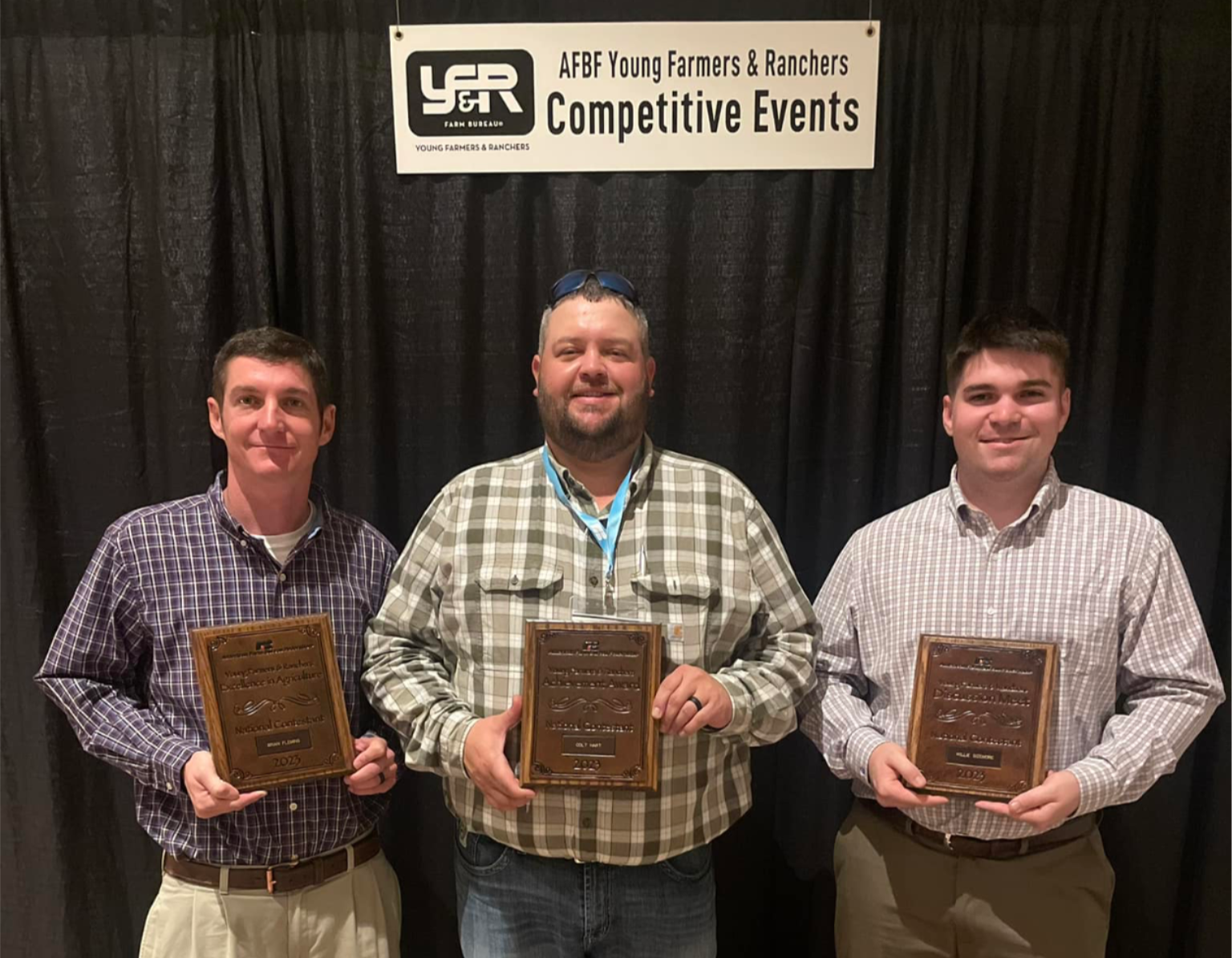 Register for GFB Day at The Capitol

This year's Georgia Farm Bureau Day at The Capitol is scheduled for Tuesday, February 14th. We hope you will take this opportunity to join us at the State Capitol to advocate for Georgia agriculture and meet with your legislators as well as other Farm Bureau members from across the state.

The event will begin at 9:30am in the Blue Room at The Georgia Freight Depot. The Depot is located on Martin Luther King Jr. Drive just northwest of the Capitol, at Underground Atlanta. Following orientation, we encourage everyone to visit with your legislators at the Capitol and invite them to come back with you to the Depot to enjoy lunch at noon. Invitations will be sent out to all legislators, but a personal invitation from you would be especially helpful.

Complimentary security parking is located at the Sheraton Atlanta Hotel parking deck, located at 165 Courtland Street NE, and a shuttle bus service will run from 8:00 a.m. until 3:00 p.m.

You can access event and registration information by clicking the button below - please complete the registration by January 20th.

Please see below for a list of upcoming events related to Georgia Agriculture:

The Georgia Farm Bureau Federation has a membership of almost 250,000 and serves as state's the largest general farm organization.  Our goal is to provide leadership and assistance to the agricultural sector, to promote farm products, to aid in ag-related procurement, to be a spokesman for the farmer in the legislative arena, to be a leader in the development and expansion of farm markets, and to strive for more agricultural research and educational funds and facilities.

With members in all 159 Georgia counties, Georgia Farm Bureau is dedicated to promoting and improving agriculture in our counties, state and nation and in continually improving and expanding our service-to-member programs which serve to enhance the quality of life for all Georgians.

Membership in Georgia Farm Bureau is open to everyone. You don't need to be a farmer or have insurance with us to join Farm Bureau!

If you would like to become a member of Georgia Farm Bureau, you can start your membership online right now! We have a simple application process, and you can be our newest member in just a couple of minutes. Click the button below or use our County Office Locator to find the office nearest you.