“Gerald has spent decades influencing agricultural policy and advocating for Georgia farmers,” said GFB President Tom McCall. “No doubt, the seeds he has planted throughout his career will be harvested by the next generation of producers. Gerald’s tireless and selfless leadership, ranging from county leader to GFB President, will leave a lasting mark on our organization and industry. We thank you, Gerald, and are proud to call you a true friend of agriculture.”

Long has graciously and selflessly devoted his time and efforts to promoting, advocating, and ensuring the betterment of Georgia agriculture. His leadership has been a tremendous asset to Georgia Farm Bureau and has spanned across Georgia’s many agricultural and related agribusinesses.

Under Long’s leadership as president, GFB partnered with the Georgia Foundation for Agriculture to create the Georgia Ag Experience mobile agriculture classroom and the organization made funding agricultural research projects a priority. 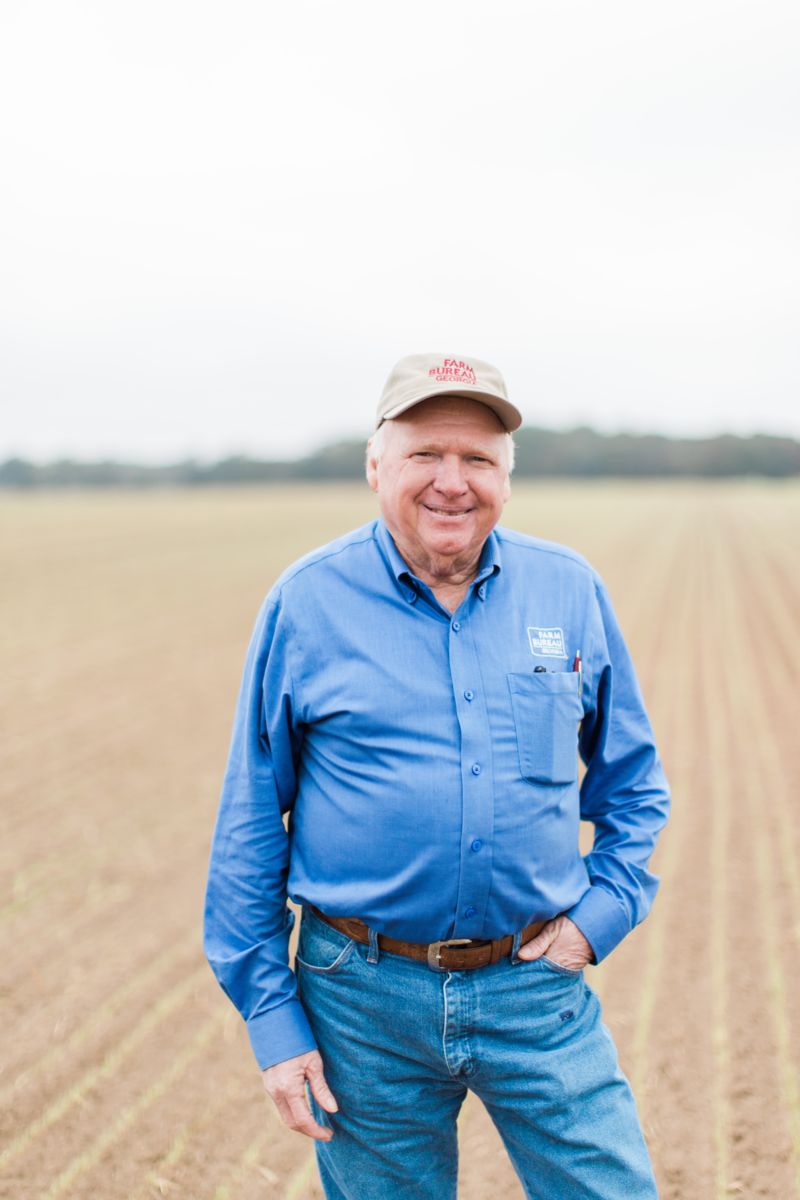 A third-generation farmer, Long began his farming career in 1973 after attending ABAC and completing his military service in the Army National Guard. Realizing that producing vegetables for the commercial market “didn’t work for him,” Long decided to try his hand at a you-pick sweet potato patch. Through faith and family, his farm expanded from a small roadside stand to a diverse farming operation producing more than 50 varieties of vegetables, beef cattle, and row crops.Long and his wife, Janice, are members of the First Baptist Church of Bainbridge. The Longs have three adult children – Justin, Jared and Jeanie, and three grandchildren. His son Justin and daughter-in-law, Kelli, are continuing the farming tradition at Long Farms.

Long has been a Georgia Farm Bureau member since 1970. He has served on the Decatur County Farm Bureau Board of Directors on which he is a past president and vice president. He was first elected to the GFB Board of Directors in 1999 as a GFB 9th District director. In 2006, he was elected as the GFB South Georgia vice president and in 2008. He was elected as the GFB 1st vice president, where he served until succeeding Zippy Duvall as GFB president in 2016. Long was re-elected twice as president but decided not to seek re-election in 2020 to return to his farm and family.

“Gerald’s leadership on the local, state, and national level has made a positive difference in all of our lives,” Duvall said. “Gerald Long is a farmer’s friend. Congratulations, Gerald – well deserved!”

Founded in 1937, Georgia Farm Bureau is the state’s largest general farm organization and has 158 county offices. Its volunteer members participate in local, state and national activities that promote agriculture awareness to their non-farming neighbors. GFB offers its members a wide variety of benefits, including insurance, but enrollment in any of the member benefits is optional and not a requirement for membership.