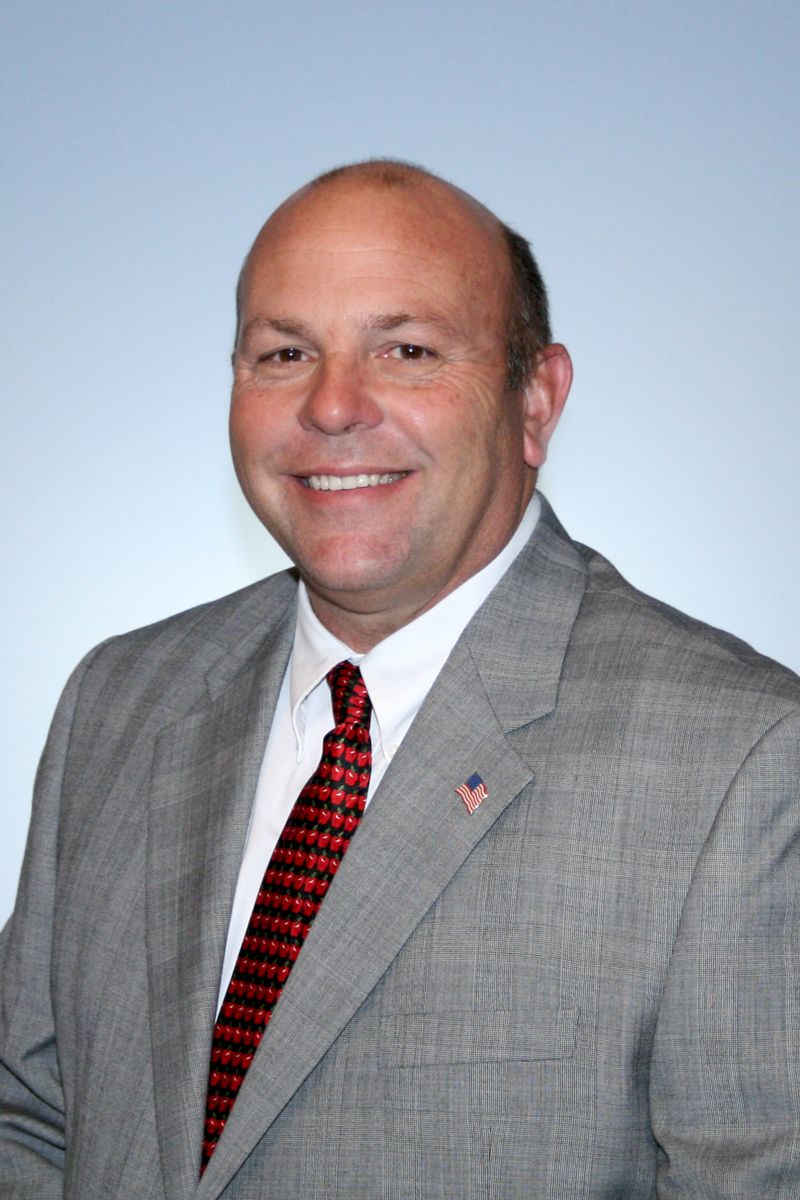 MACON, GA. – Zippy Duvall has been elected for a two-year term as American Farm Bureau Federation (AFBF) president by the voting delegates at the 97th AFBF Annual Convention on January 12, in Orlando, Florida.  Duvall succeeds Bob Stallman, who served 16 years at the helm of the nation’s largest, most influential general farm organization. Duvall, a broiler, cattle and hay producer from Greensboro, Georgia, becomes the 12th president during AFBF’s almost 97-year history.

"I am so humbled and thankful for your support and belief in my leadership for AFBF president.  I will continue to represent all farmers and ranchers across the states.  May God bless each of you as AFBF moves forward," Duvall said after his election.

Duvall began his Farm Bureau journey as a volunteer at his local Greene County Farm Bureau, where he still serves on the board of directors.  In 1982, he won the GFB Young Farmer Achievement Award and went on to win the AFBF Award in 1983.  Duvall chaired the GFB Young Farmer Committee, and in 1987, he served as chairman of the AFBF Young Farmers & Ranchers Committee and on the AFBF Board under the leadership of the late AFBF President Dean Kleckner from Iowa.  Duvall and his wife, Bonnie, have four children and three grandchildren.

Gerald Long of Bainbridge, Georgia, is the new president of Georgia Farm Bureau (GFB), the state’s largest general agriculture organization. Long, who has served as GFB 1st vice president since 2008, succeeds Duvall who resigned after being elected AFBF president.

The GFB bylaws provide a succession plan for the organization to fill the office of president if it is vacated. Long, who was serving as 1st vice president, assumed the responsibilities of GFB president effective Jan. 12. He will serve as GFB president until December 6, 2016, at which time GFB members will elect the next GFB president during their annual convention.  Long is eligible to run for the position if he chooses.

Long is a diversified farmer who raises cattle and grows peanuts, vegetables, corn, cotton, hay, small grains and timber with his family on their farm near Bainbridge. He was first elected to the GFB Board of Directors in December 1999 as a GFB 9th District director representing 14 counties in Southwest Georgia. In 2006, GFB voting delegates in the 53 counties in GFB’s South Region elected Long as GFB South Georgia vice president. GFB voting delegates statewide have designated Long to serve as GFB 1st vice president each year since 2008.

“Georgia Farm Bureau is an organization that represents all of Georgia agriculture. We communicate with our elected officials on the local, state and national level to voice the needs of agriculture and advocate for the farmer,” Long said. “ While I served as 1st vice president I had the opportunity to represent all of Georgia and travel all over the state and meet county Farm Bureau leaders in their respective counties. Even though we may grow different commodities, we pretty much have the same issues. Serving as 1st vice president gave me an opportunity to see those issues and work through them to try to make it better for the farmers back on the farm. I will continue to do this as Georgia Farm Bureau president.”

Long and his wife, Janice, have three adult children: Justin and daughter-in-law, Kelli; Jared and daughter-in-law, Lori; and Jeanie and son-in-law, Diego Izurieta; and two grandchildren. The Longs are members of the First Baptist Church of Bainbridge where Mr. Long has served as a deacon and on numerous committees.

Long was a founding board member of both the Georgia Peanut Producers and the Georgia Fruit & Vegetable Growers Association, and the Flint River Water Planning Policy Center. He also serves on the Decatur County Industrial Development Authority. He attended Abraham Baldwin Agricultural College where he majored in crop science and animal science. He then served six months of active duty in the Georgia Army National Guard and six years of reserve duty. 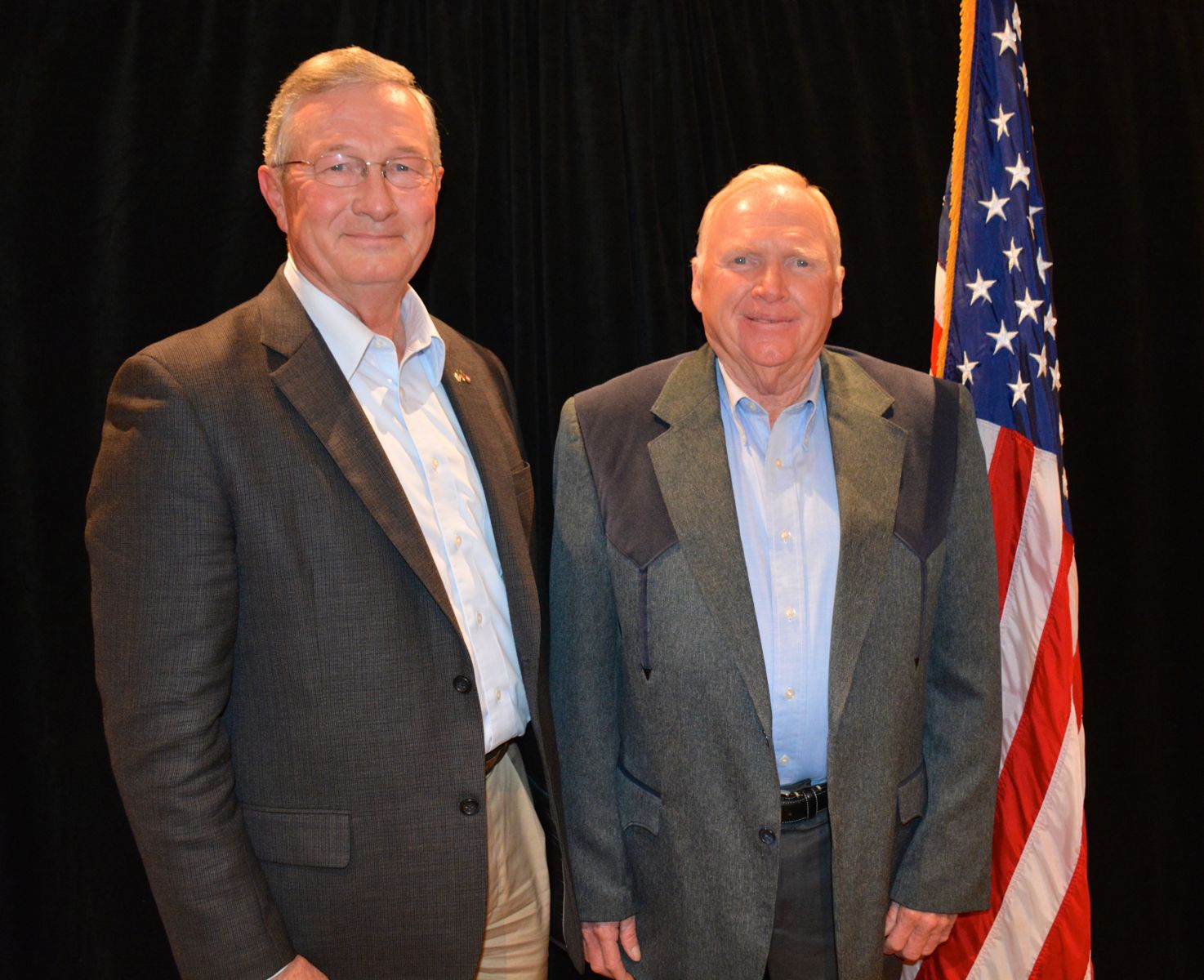 Following Long becoming the new GFB president, Robert Fountain Jr. of Emanuel County, who has served as the GFB Middle Georgia vice president for a total of 15 years, was designated by the GFB Board of Directors to serve as the organization’s 1st vice president until December 6, 2016, at which time GFB members will designate the next GFB 1st vice president during their annual convention. Fountain is eligible to run for the position if he chooses.

Fountain is the third generation to own his family's farm located in Emanuel and Johnson counties where he raises cattle, hay, timber, small grains and pecans.

In addition to Farm Bureau, Fountain is an active member of numerous other agricultural organizations including the Georgia Cattlemen’s Association, for which he served as president from 2001-2002. Since 2002 Fountain has represented GFB on the Georgia Beef Board. He is currently serving a third, three-year term on the national Cattlemen’s Beef Board (CBB) at the appointment of the U.S. Secretary of Agriculture. He is also a member of the CBB Executive Committee and has served on numerous committees for the National Cattlemen’s Beef Association.

Founded in 1937, Georgia Farm Bureau is the state’s largest general farm organization and works to promote agriculture through its 158 county chapters. Its volunteer members actively participate in local, district and state activities that promote agriculture awareness to their non-farming neighbors. GFB also offers its members access to numerous benefits that include insurance products, identity theft protection and travel and health service discounts.