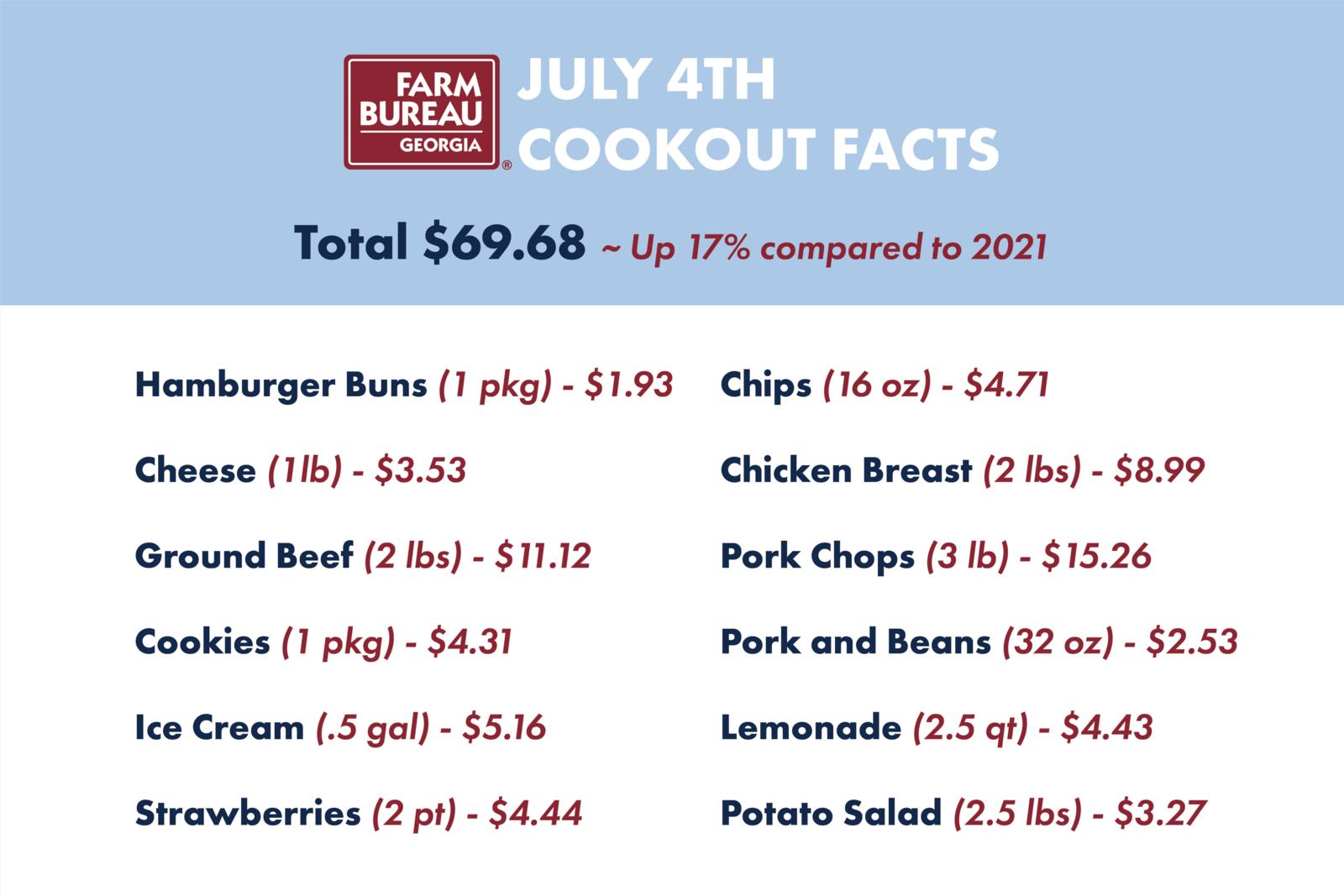 The average cost of a summer cookout for 10 people is $69.68, which breaks down to less than $7 per person. The overall cost for the cookout is up 17% or about $10 from last year, a result of ongoing supply chain disruptions, inflation and the war in Ukraine. 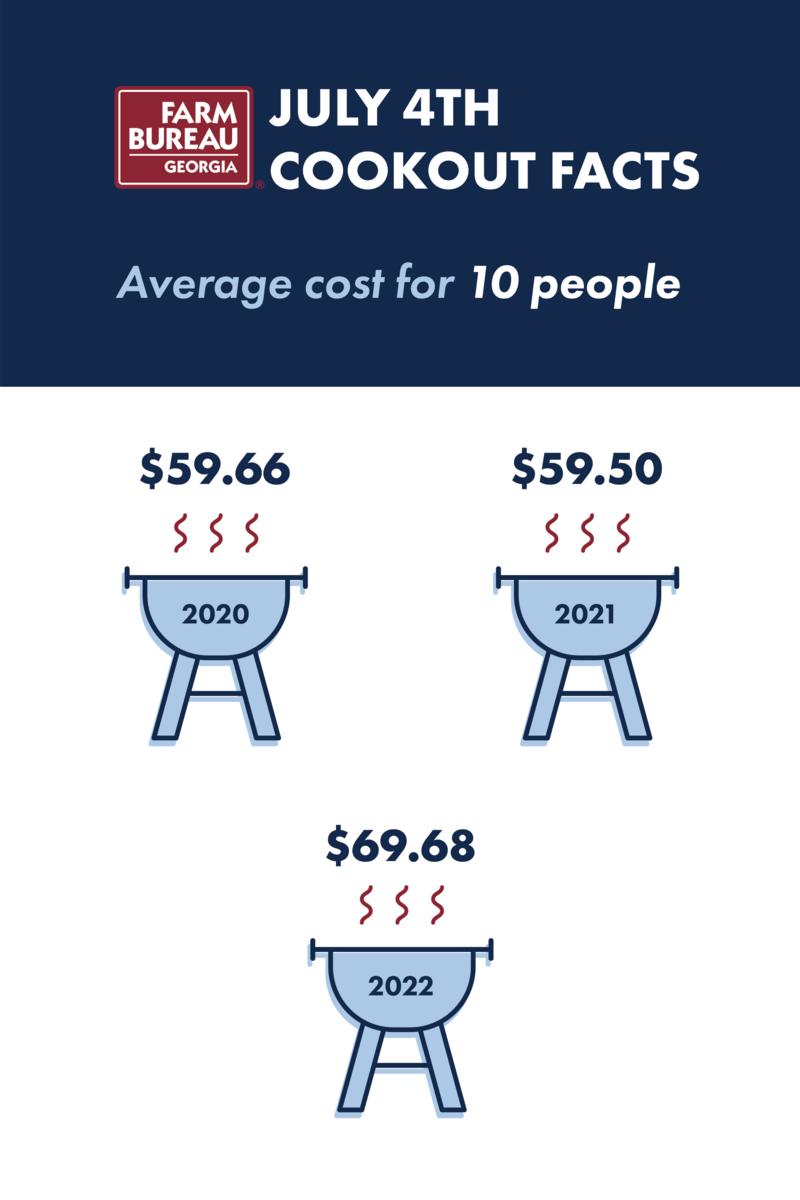 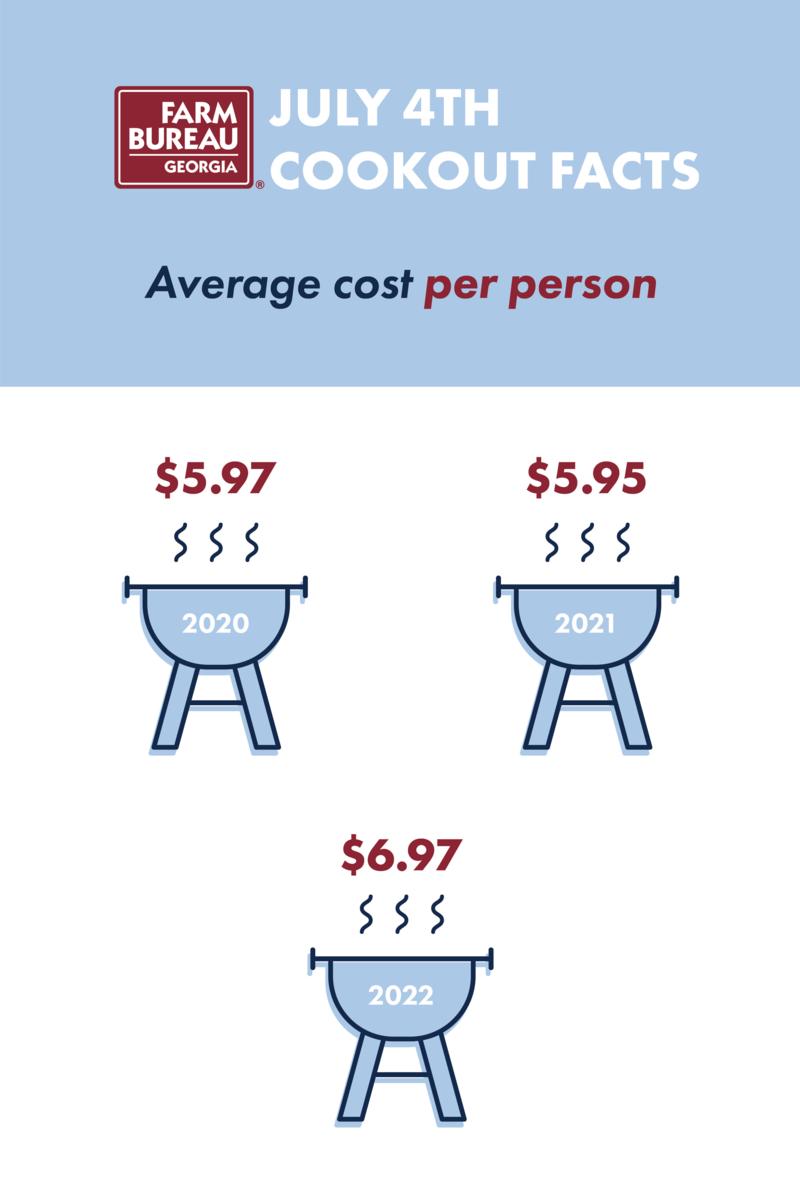 “The increased cost of food and supplies is a very real concern in our country and across the globe,” said AFBF President Zippy Duvall. “U.S. food assistance programs and food banks help those who struggle to make ends meet here at home, but the story is much different around the globe as food insecurity skyrockets. The big impact of a single event in Ukraine shows how dependent the world is on stable, productive agriculture.”

Farmers are feeling the price-point pain too, like the people they grow food for, according to AFBF Chief Economist Roger Cryan.

“Despite higher food prices, the supply chain disruptions and inflation have made farm supplies more expensive; like consumers, farmers are price-takers not price-makers,” Cryan said. He added, “Bottom line, in many cases the higher prices farmers are being paid aren’t covering the increase in their farm expenses. The cost of fuel is up and fertilizer prices have tripled.” 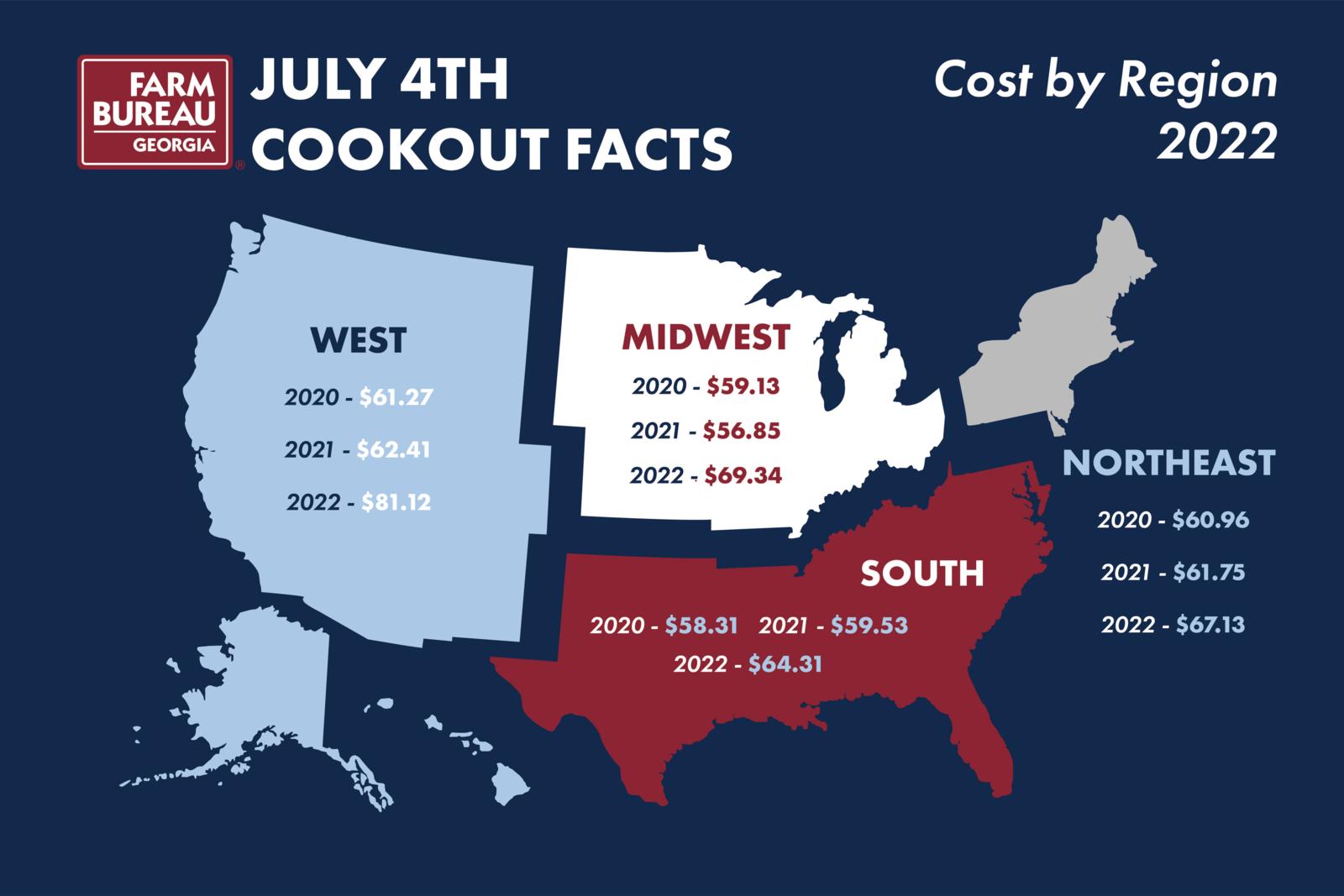 Cryan also pointed to the cascading effects of the war in Ukraine, as that country’s contributions to global food security are cut off, Russian and Belarusian fertilizer exports are constrained, and some other countries pull back exports to protect their domestic supplies.

The marketbasket survey shows the largest year-to-year price increase was for ground beef.

Survey results showed the retail price for 2 pounds of ground beef at $11.12, up 36% from last year. Meanwhile, the USDA’s Producer Price Index indicates that compared to a year ago, farm-level cattle prices are up 17.5%, but wholesale beef prices are down 14%. This serves to highlight the differences between farm-level, wholesale and retail beef prices and how the events of the last few years have had significant impacts on the beef production and cattle pricing cycles, making them all hard to predict.

One bright spot for consumers is the average retail price for strawberries, which declined by 86 cents compared to a year ago. Sliced cheese and potato chips also dropped in price, 48 cents and 22 cents, respectively. Better weather conditions in some fruit-growing regions and greater retailer pricing flexibility for processed products are the likely drivers behind the modest price declines for these items.

The year-to-year direction of the marketbasket survey tracks with the federal government’s Consumer Price Index report for food at home and general inflation across the economy. Both the index and the marketbasket show increases of more than 10% compared to 2021 levels.

“According to the Agriculture Department’s revised Food Dollar Series, farmers currently receive approximately 8% of every food marketing dollar,” Cryan said. “The farmers’ share of the retail food dollar is as low as 2% to 4% for highly processed foods such as bread and cereal, and can be 35% or more for some fresh products.” 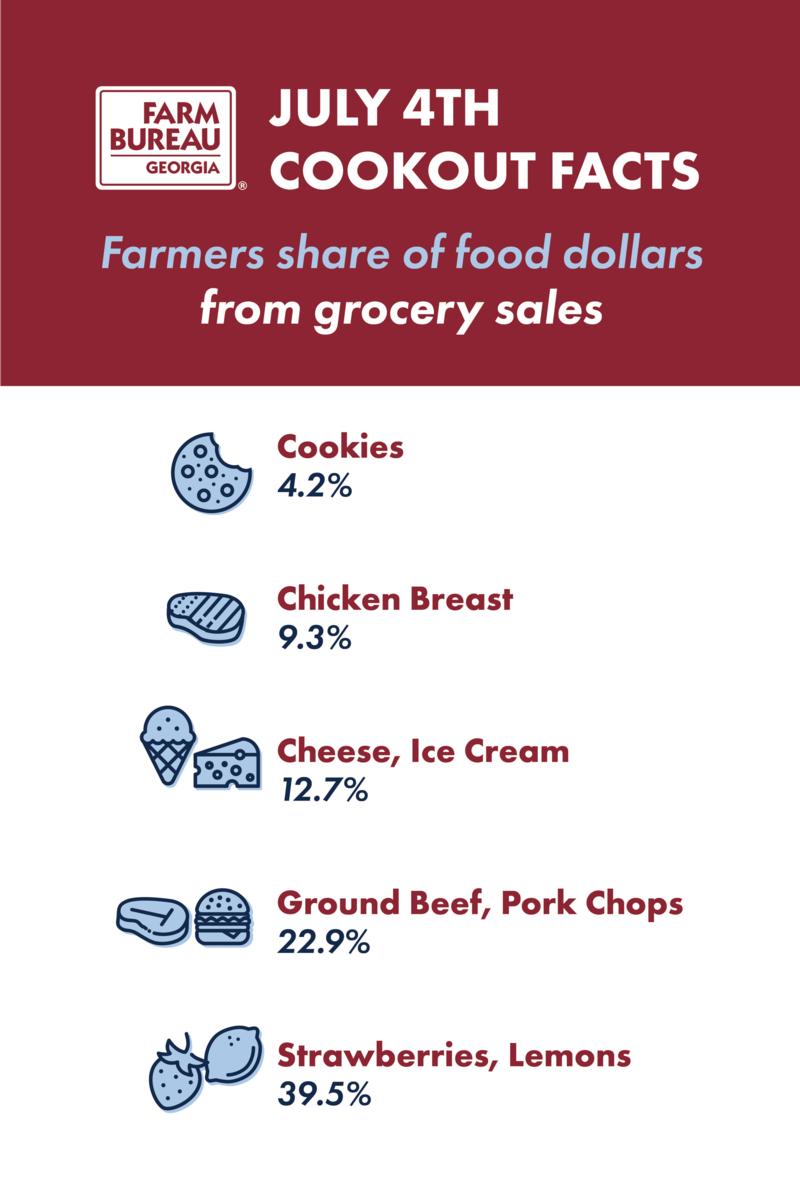 Data for this year’s survey was collected by 176 volunteer shoppers across the country and in Puerto Rico, including Farm Bureau members and others.