Georgia Farm Bureau (GFB) recognized the best of the organization’s volunteers and county chapters during its 82nd annual convention on Jekyll Island. The state award winners were honored for the programs they completed this past year to promote agriculture.

“Volunteer members are the lifeblood of our organization. They do a lot, from reading to students at local schools to attending county commission meetings and visiting with elected officials at all levels,” GFB President Gerald Long said. “Our volunteers drive GFB forward, promoting agriculture in a wide variety of ways. None of Farm Bureau’s work on behalf of Georgia farmers would be possible without a large and committed network of volunteers. We’re extremely proud of the work all of them do on our behalf, and we congratulate the individual award winners, county volunteers and staff who received state awards.”

Finalists for the McKemie competition, listed alphabetically, in the small membership category were: Crawford, Heard, Jasper, Macon, Treutlen, Turner and Upson counties. Finalists in the

Staci Waters, the Barrow County Farm Bureau (BCFB) office manager, received the organization’s Outstanding Office Manager Award. Waters, who has been employed with BCFB since 2013, was recognized for the work she has done to promote agriculture and Farm Bureau in her local community. Waters is responsible for coordinating BCFB’s agricultural advocacy and Ag in the Classroom activities throughout the year.

Diana Cole, an elementary teacher in Barrow County, received GFB’s Georgia Agriculture in the Classroom 2019 Teacher of the Year Award.  Cole, who teaches second through fourth grades at Statham Elementary School, was recognized for incorporating information about agriculture into her reading, writing, math, science and social studies lessons to teach her students how agriculture impacts their daily lives. She received a $500 award and an expense-paid trip to the National Ag in the Classroom Conference in Salt Lake City, Utah, in June 2020.

Jeff Lamb of Turner County won the 2019 GFB Quality Hay Contest, which was open to any Georgia Farm Bureau member who produces Bermudagrass hay. Samples of hay entered in the contest were tested at the University of Georgia Testing Lab using the Relative Forage Quality (RFQ) Test, which predicts fiber digestibility and the likeliness livestock will eat the hay. Lamb’s winning Russell hay had an RFQ rating of 155.57.  He won the free use of a Vermeer TM1200 Trailed Mower for one year courtesy of the Vermeer Manufacturing Company with the option to purchase the mower at a reduced price at the end of the year.

GFB also recognized its Young Farmers & Ranchers competitive event winners, who were announced during the YF&R Summer Leadership Conference in July. The YF&R winners are: Preston and Kendall Jimmerson, of Colquitt County, who won the GFB 2019 YF&R Achievement Award; Rachel and Jason Kinsaul, of Morgan County who are the 2019 GFB YF&R Excellence in Agriculture Award recipients; Kaitlyn Marchant, of Morgan County, who won the 2019 YF&R Discussion Meet; and Walt Pridgen, of Coffee County, who was voted the GFB YF&R Member of the Year. 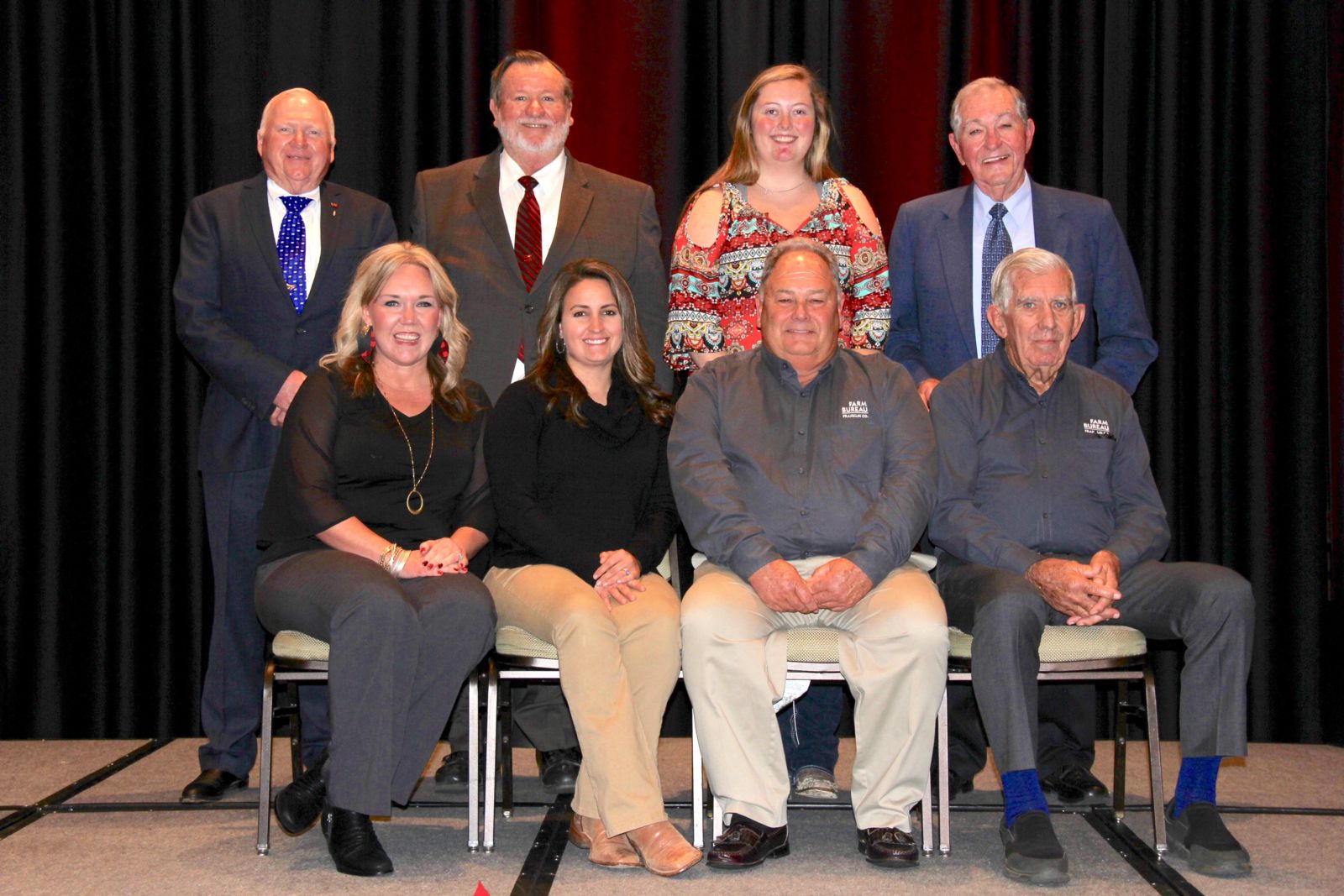