Early estimates of agricultural losses caused by Hurricane Michael are starting to come in from the University of Georgia and Georgia Forestry Commission, and the numbers are staggering.

"Georgia has long led in the production of several renowned commodities and now we have the dubious distinction of also leading in the devastation and incredible loss of these prominent crops," said Georgia Agriculture Commissioner Gary W. Black. "These are generational losses that are unprecedented, and it will take unprecedented ideas and actions to help our farm families and rural communities recover."

Timber is a mainstay in South Georgia with many small or private landowners owning timberland. Approximately 1 million acres were destroyed, resulting in $1 billion in losses.

Cotton was the second highest contributor to Georgia's farm gate value last year, contributing just over 7 percent, with expectations for record yields this year. Estimated losses from Hurricane Michael range from $300 million to $800 million. The final loss estimate will be dependent on the ability to harvest what remains in the field. 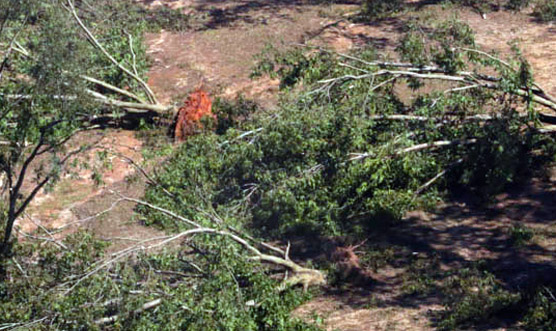 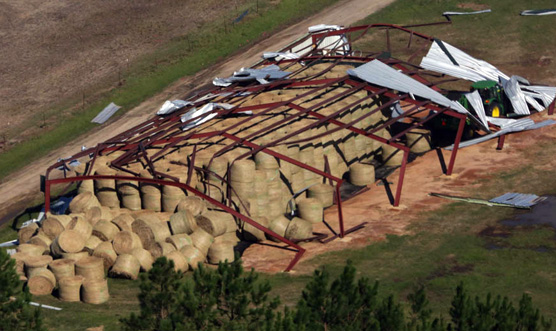 For the third straight year, Georgia pecan farmers took a significant hit from a hurricane. Trees were either blown over or broken, resulting in an estimated $560 million-dollar loss. The damages will have a generational impact since it takes about seven years for a tree to begin producing marketable pecans.

Georgia is home to a wide variety of produce including sweet corn, cucumbers, squash, peppers, tomatoes and peas, which suffered an estimated $480 million loss. Farmers were counting on high yields and strong prices for their fall harvest after experiencing a difficult spring harvest.

Poultry is Georgia's leading agricultural industry, contributing nearly $23.3 billion to Georgia's economy. Michael will make a lasting impact on this poultry industry with the loss of 97 houses and well over 2 million chickens. The losses are estimated at $25 million.

While peanuts fared better than many other crops, infrastructure damage remains uncertain. Estimations for peanut losses range from $10 to $20 million, with the final loss estimate to be determined by the ability to get the remaining peanuts out of the field and into storage facilities, as well as graded and sorted.

Other industries affected by the storm include cattle and agritourism. Fall is calving season for many Georgia cattlemen who are facing extensive damages to fence and lack of access to water, requiring them to haul water to their animals. Fall is also typically the most important season for many agritourism sites with corn mazes and pumpkin patches that bring many families and school field trips on the farm. Multiple mazes have been destroyed in addition to other farm damage. The loss estimate will be difficult to determine, even after the season is over.

"The meter started at $1 billion and jumped quickly to nearly $3 billion," Commissioner Black said. "Unfortunately, we are not quite sure where it is going to stop."

For more information, including photos and video, visit this website.