A few days at the beach is widely viewed as a prescription for stress. The Georgia Farm Bureau Young Farmers & Ranchers Leadership Conference - held July 17-20 on Jekyll Island – was just what the doctor ordered as the young farmers learned tips on managing the stress that comes with farming and how to communicate with consumers.

Several speakers addressed the pressures farmers face daily and encouraged the ag community to openly discuss mental health issues and look out for each other. 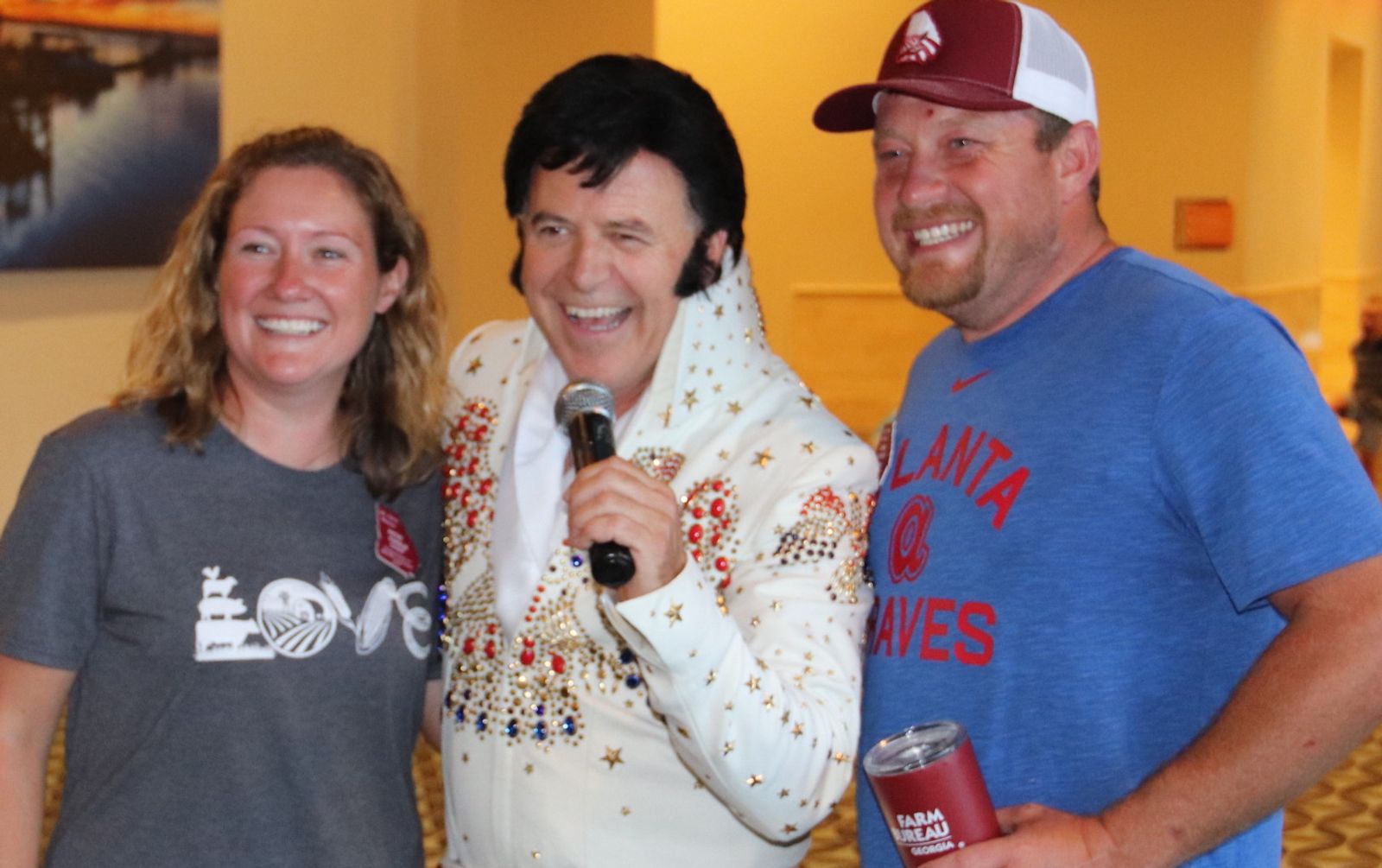 Be the Third Man

While strumming the banjo and sharing humorous stories, Wiley Bailey, an area director with the Alabama Farmers Federation, urged the GFB group to “be the third man,” a reference to the Good Samaritan in the Bible. Just as the Good Samaritan stopped to help a man who was robbed and left for dead by the road, Bailey encouraged the young farmers to be willing to help those in need when others don’t.

“We all know when someone is struggling,” Bailey said. “Become the third man. Maybe you can save a life.”

Closing session speaker Marshal Sewell shared his experiences in farming and coping with the loss of his father, who committed suicide during Sewell’s senior year in high school. Harvest was nearing on the family’s strawberry farm, when disease wiped out the entire crop. Adding insult to injury, the farm’s forklift broke down as they were taking delivery of hay for their cattle.

“I imagine he was elbow-deep in grease, cussing and fussing, worried about checks that weren't going to be coming in and thinking about bills that would be coming in,” Sewell said. “Whatever it was, whatever my dad was concerned about that particular day, he made the ultimate decision that this world no longer needed him in it.”

Sewell, now an area sales manager in Florida with Seminis Seeds, called mental health issues in farming the metaphorical elephant in the room. He encouraged young farmers and ranchers to be self-aware and to look out for the emotional well-being of those around them.

“It’s something that deserves to be talked about,” Sewell said, noting that approximately one fourth of Americans will battle some sort of mental health issue at some point in their life. “Folks, those are stiff odds, and we’ve got to do a better job of fighting this. We need to do a better job of breaking down that stigma that it’s not all right to not be all right.”

Former Army Ranger Jon Jackson, who started Comfort Farms in Baldwin County after leaving the Army, talked about his experience with depression, his farm work and his efforts to offer crisis support for veterans through agriculture.

Farmers, Jackson said, have always been closely connected to soldiers. Both occupations come with risks, but he said the risks are worth it.

“One of the things we tell our veterans is that growth happens outside our comfort zone,” Jackson said. “When you step outside your comfort zone, you start to really develop traits you need to survive.”

Jackson encouraged young farmers and ranchers to take risks to develop new markets to help their farms grow and prosper.

“We have to take risks. Risks are important,” Jackson said. “With risks there are great rewards.”

In a workshop with UGA Communications Professor Dr. Barry Croom, participants engaged in group juggling by tossing a tennis ball as a metaphor for the communications process. Croom provided methods for navigating difficult conversations, whether they’re with consumers or people in positions of authority.

One scenario he presented involved the use of “mirroring” in conversations with conflict. Mirroring, Croom said, is repeating back what the other person says, beginning with the phrase, “It seems that …” This can prompt the other person to get to what is really bothering them or what they really want.

As an example, he shared an experience early in his career, when he was an ag teacher in North Carolina. During the winter, mice had gotten into the electronic irrigation controls in the school greenhouse, shorting out the circuitry and shutting it down. The pipes froze and ruptured, resulting in water on the greenhouse floor.

“You have to have integrity with the person,” Croom said. “Establish trust. Approach them with an attitude of wanting to resolve the conflict. If you’re there to yell, to point fingers, it’s not going to get solved. It’s just going to make everybody angry.”

One stressful scenario for farmers is interacting with consumers. The conference offered workshops and a keynote address to provide guidance for those conversations.

Opening session speaker Paige Pratt discussed varying marketing approaches for different generations. For example, the Baby Boomers (those ages 56-73) talk to people face-to-face, they trust print ads and they’re on Facebook to keep up with their grandchildren. By contrast, Millennials (ages 24-41) trust their friends’ and family’s recommendations on where to go and what to do but are largely unresponsive to traditional marketing practices.

Pratt, a motivational speaker who raises cattle in Virginia, suggested that marketing efforts focus on customers’ reason for action.

UGA’s Dr. Ashley Yopp led a workshop on community engagement, noting that taking a hard-line approach – i.e., “no farms, no food” – might not be as effective as searching for common ground with consumers.

“We have to tell our story,” Yopp said. “Tell the good and the bad in an authentic way. Invite people into your experiences. Create experiences that make them a part of your world.”