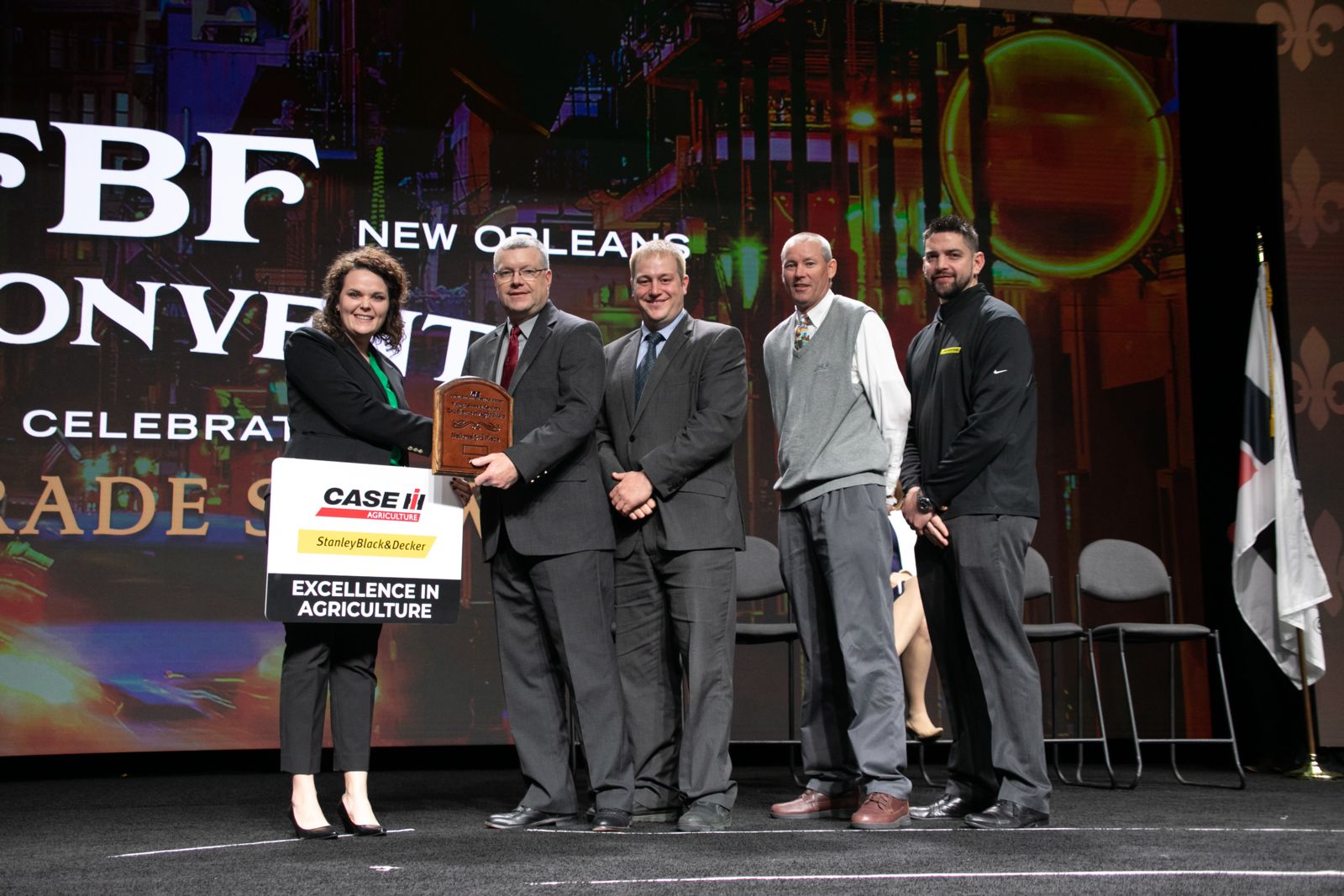 Hall County Farm Bureau member Caroline Lewallen finished third nationally in the Excellence in Agriculture Competition, which recognizes young farmers and ranchers who earn the majority of their income from something other than production agriculture. Lewallen’s presentation featured the HallGROWS program she developed through HCFB to improve agricultural literacy among the county’s students. The program has been implemented by several other county Farm Bureaus in Georgia and in other states. She is the agritourism and marketing director for Jaemor Farms and raises beef cattle with her husband, Kyle, that they sell direct-to- consumers. 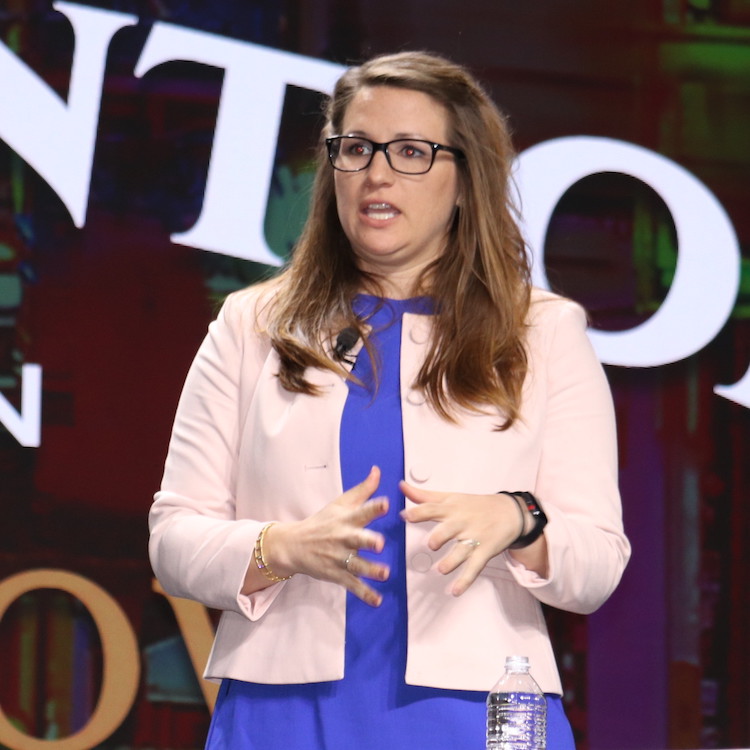 36 states. The Discussion Meet simulates a committee meeting in which active discussion and participation are expected. Participants are evaluated on their ability to exchange ideas and information on a

predetermined topic.
During the discussion meet, Creasy and her fellow competitors discussed the following topics: How Farm Bureau can create added value to its memberships and expand its base of supporters; How agriculture can attract the brightest scientific and technological minds to ag careers, and how Farm Bureau can be more inclusive of all agriculture and production practices.

Creasy works in sales for Seminis Vegetable Seed, a division of Bayer CropScience. She and her husband, Jarrod, run 920 Cattle & Company in Statesboro, raising, packing and selling farm-fresh beef to area restaurants and individuals, as well as growing hay and providing fence construction services. 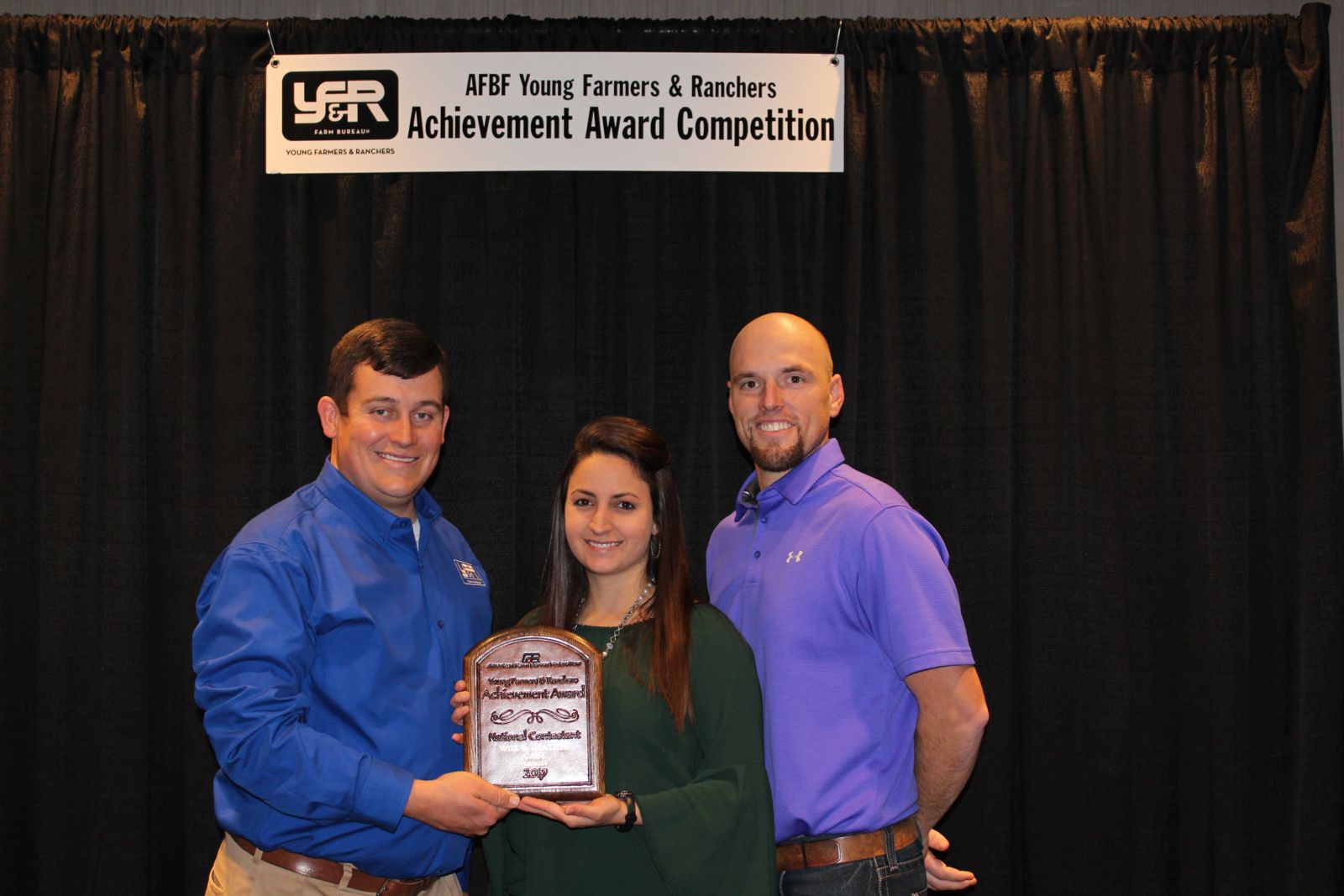 Will and Heather Cabe of Franklin County advanced to the top 10 in the AFBF Achievement Award competition, which recognizes young farmers and ranchers who earn the majority of their income from production agriculture. The Cabes raise broilers, cattle, show goats and hay. Justin and Erica Edwards of North Carolina were the national winners.