Farmers’ input costs were already rising, and then the price of fuel spiked in the spring. Farmers, like many other Americans, felt the squeeze.

During the spring planting season and into late June, gasoline and diesel fuel prices soared, prompting growers’ concerns about the availability and delivery of diesel fuel when they need it most, especially as they faced delayed planting in many areas across the U.S. The window to plant crops this year was smaller than usual, so fuel delivery needed to be timely, but it also was very expensive. In its June 28 Market Intel report, the American Farm Bureau explored some of the contributing factors.

In April, the cost of diesel, the primary fuel option for farmers and ranchers, consisted of four parts – 49% based on crude oil, 28% refining, 12% was costs associated with distribution and marketing, and 11% taxes, which varies by state.

The U.S. supply of weekly crude oil stocks, similar to ending stocks of corn or soybeans, was at its lowest point since 2004. The U.S. is behind its normal domestic production of crude oil and limited imports are causing supplies to be short as domestic and global demand is rising.

Fuel prices have risen sharply since Russia invaded Ukraine, and high fuel prices continue to add to the conversation of high input prices for all agricultural producers.

In 2020, fuel represented about 3% of total on-farm expenditures. Since 2013, fuel has increased as a farm production expenditure cumulatively by 3%. 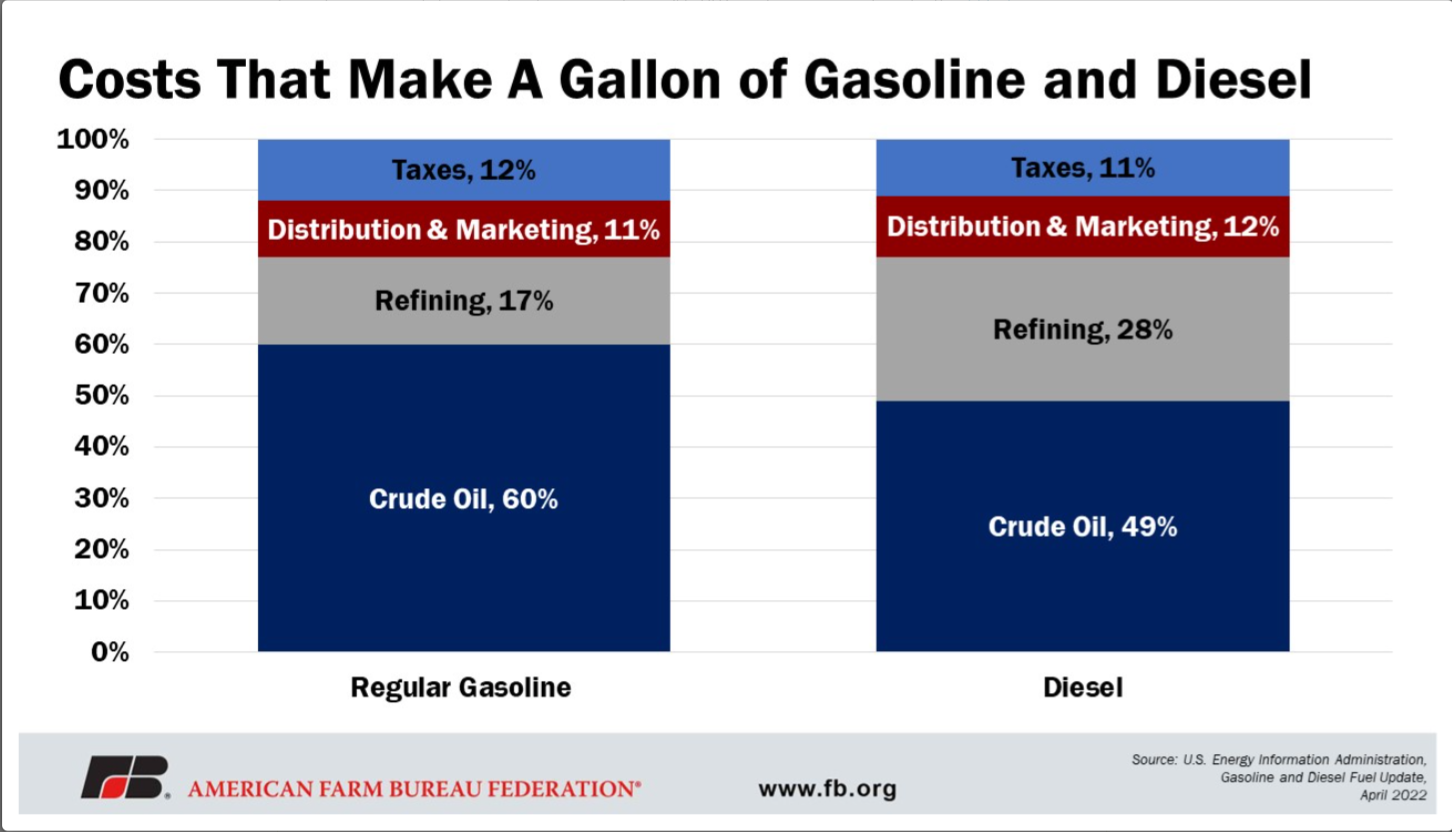