More than a half-century of agricultural advocacy

Editor's note: This article first appeared in the fall 2015 Georgia Neighbors magazine. While we're remembering Georgia Farm Bureau's growth, Mr. Casey's memories add insight on how the organization progressed through the decades. Years of service and periods of time have been updated. 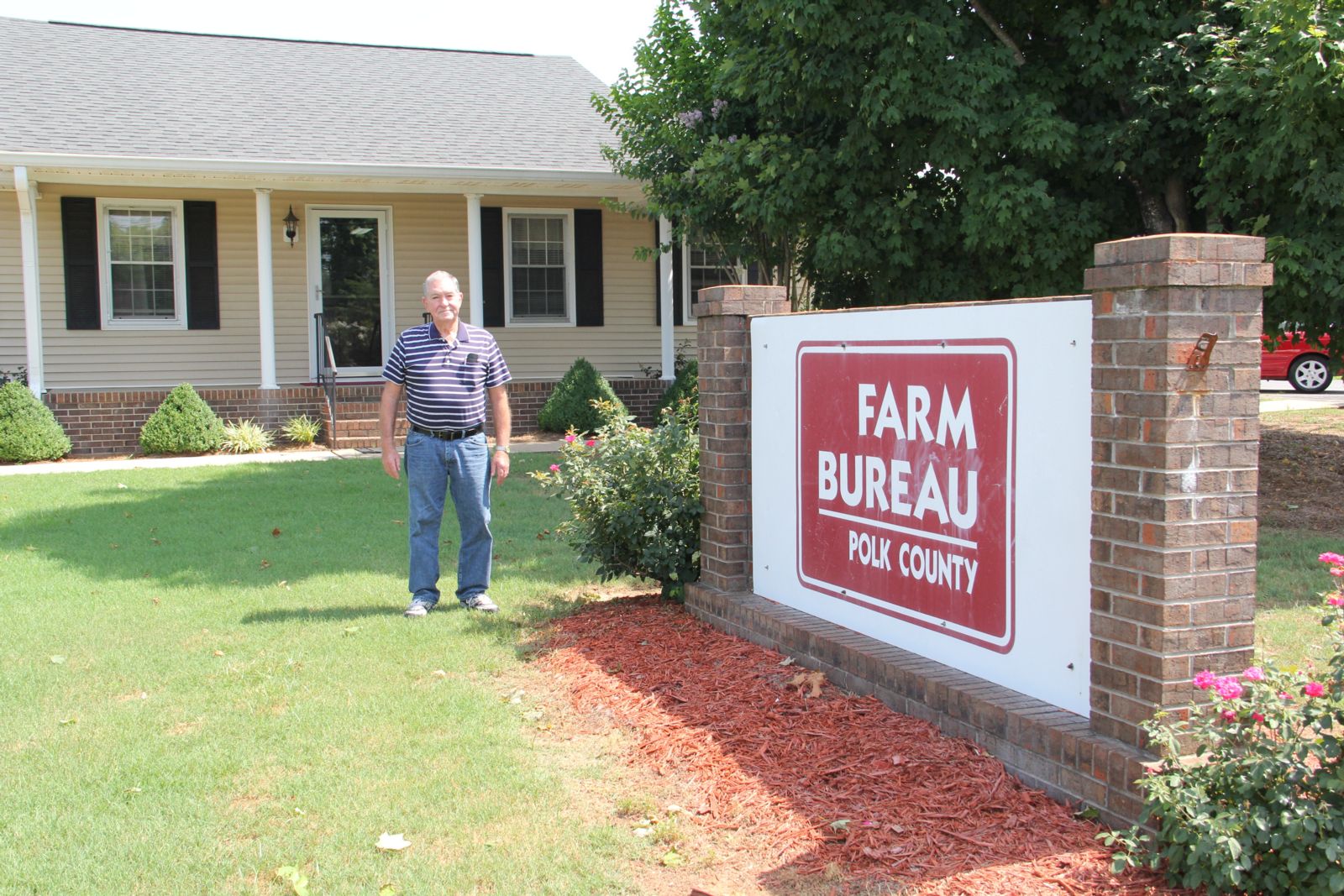 Article and photo by Jay Stone

The second-floor landing in the old Polk County administrative building is about 5 feet by 12 feet, a humble space for a humble beginning.

Until the mid-1960s, that’s where Polk County Farm Bureau (PCFB) called home, with room for a desk, two chairs and a filing cabinet. PCFB was able to use the phone that belonged to the local UGA Cooperative Extension agent.

“I didn’t decide I wanted to be president, the county did,” Casey says now as he reminisces on the past 56 years, all of which he has spent as the PCFB president. “I don’t remember how I got elected, who nominated me or anything about that meeting. I just know I was elected and started serving that night.”

Prior to being elected county president, Casey served on the PCFB Board of Directors in 1961.

If 56 years seems like a long time, consider that Casey still lives on the farm where he grew up. The house he and his wife, Jean, share is just a few hundred yards from the house where he grew up and the barn where he began milking cows after school in the first grade.

“I didn’t have to get up and milk in the morning until I was in the second grade,” Casey said.

By 1965, Casey remembers, PCFB was already moving toward leaving the administration building, which is now occupied by Grace Baptist Church. Georgia Farm Bureau had formed its insurance company in 1959, and the county government couldn’t allow PCFB to sell insurance out of the county building.

So Casey’s first order of business, inherited from his predecessor, Chris Sewell, was to get the organization its own place. Sewell had started the process of raising money for land and a building, and by 1967, PCFB under Casey’s leadership had managed to acquire a lot on East Avenue in Cedartown and an out-of-use Sunday School building from Pine Bower Church in west Polk County. The building was moved to the lot, and brick siding was added. There was room for people to walk around inside. Insurance could be sold.

“For a while there the membership dues were $10 and we had about 300 members. About 100 of those members would not renew unless I came after it. They paid faithfully if I would come, but they would not send it in. Part of the reason was that they wanted to tell me what was wrong with Farm Bureau, so I gave them the opportunity,” Casey said

By the early 1980s, Polk County Farm Bureau had outgrown the office on East Avenue and broke ground on the current office on East Ware Street, moving there in 1984. Today, PCFB has about 1,470 members.

Now 85, Casey has presided over the PCFB’s growth, and while at times he would have been happy if someone else had assumed Farm Bureau leadership in the county, his attitude has always been that someone had to be an advocate for agriculture. Might as well be him.

To explain why, he referenced a quote often attributed to Edmund Burke: “All that’s required for evil to prevail is for good men to do nothing.”

“He just wanted to be sure that farmers had a voice in government and everywhere else,” said Jean, to whom James has been married for 63 years. “He wanted to make people realize that if it weren’t for agriculture you wouldn’t have the financial basis for anything else.”

When farmers had trouble finding quality fertilizer, the organization arranged to have supplies of it brought in and sold it to farmers. When prices for baling twine soared, Farm Bureau bought it in bulk and sold it. In both cases, Casey said, farm suppliers matched what Farm Bureau was doing.

“This happened with a lot of commodities we were selling,” Casey said. “Other people would meet what we were doing {on prices}, so as far as I’m concerned ,we did our job. It’d be nice if we could make money with it, but our job is to help agriculture. Getting into it and having somebody else come in and match that {our prices}, sometimes that’s the best way we can help.”

In the late 1980s the American Farm Bureau Federation decided to upgrade communications between its national headquarters and the state and county Farm Bureaus by installing a series of satellite communications facilities. Casey lobbied to get one of the satellite dishes in Polk County and GFB’s then-president Mort Ewing agreed. Polk County was the first county Farm Bureau in the state to have one of the dishes, and Casey made the first phone call using it, connecting with then-Senator Wyche Fowler in Washington.

“I’m proud of the fact that I have lasted this long and I’m proud of what we’ve accomplished here,” he said, “but I’m not an advocate of trying to see how long you can be president. It’s very possible that Farm Bureau might be better off without the same person being president all the time.”