The war in Ukraine, ongoing since Russia invaded Feb. 24, is being felt economically worldwide; both countries are major exporters of ag products, materials used to make ag inputs and energy sources. Fertilizers are most concerning to U.S. farmers. In 2019 the U.S. imported $963 million of fertilizer from Russia.

“Agricultural producers have faced a 300% increase in fertilizer prices since last November, and it’s gone up another 100% in the first 3-4 weeks of the conflict,” said UGA Professor of Agricultural & Applied Economics Gopi Munisamy. “Natural gas [for which Russia is the world’s top supplier] is a key ingredient in fertilizer production, and Russia is the No. 1 exporter of nitrogen-based fertilizer globally.”

While Ukraine and Russia are not the U.S.’ largest trading partners, the conflict is affecting the U.S.

“Fertilizer is kind of the poster child of the story, but other inputs are also getting beat up. Machinery is also a problem. It requires iron, steel, and both Ukraine and Russia are huge exporters of iron ore and semifinished iron products,” Munisamy said.

Countries that normally trade with Ukraine and Russia have to fill in supply gaps, which can result in the countries paying higher prices for the imports, Munisamy says.

When those prices reach a certain point, U.S. suppliers might be inclined to sell more of their goods to countries where prices are higher. This increases demand in the U.S., resulting in higher domestic commodity prices. 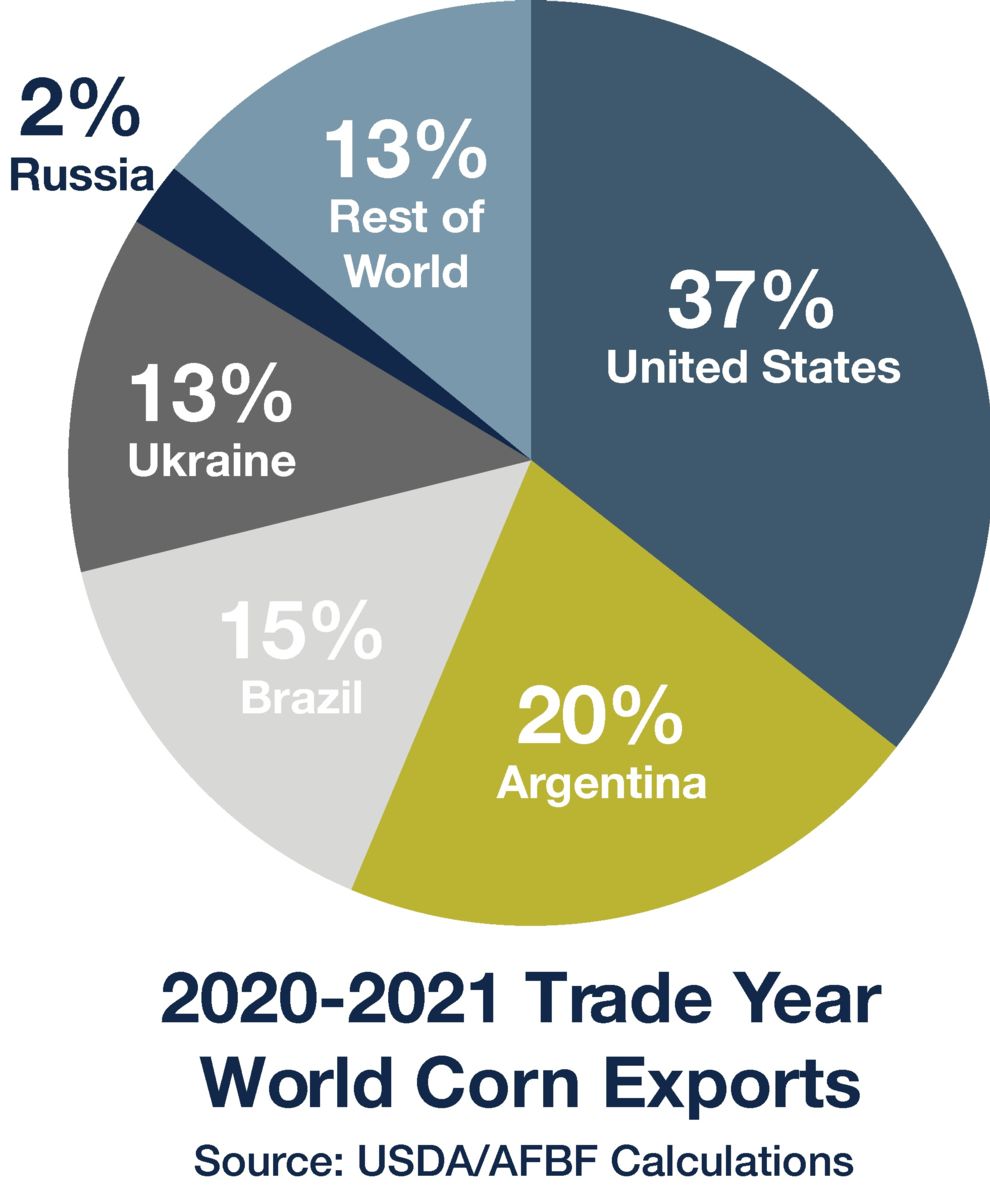 “Fertilizer is an input cost for a lot of producers and reduced profitability among marginal producers could lead to farms going out of business, or just using less fertilizer, which would reduce their yield,” said UGA Associate Professor of Agricultural & Applied Economics Michael Adjemian. 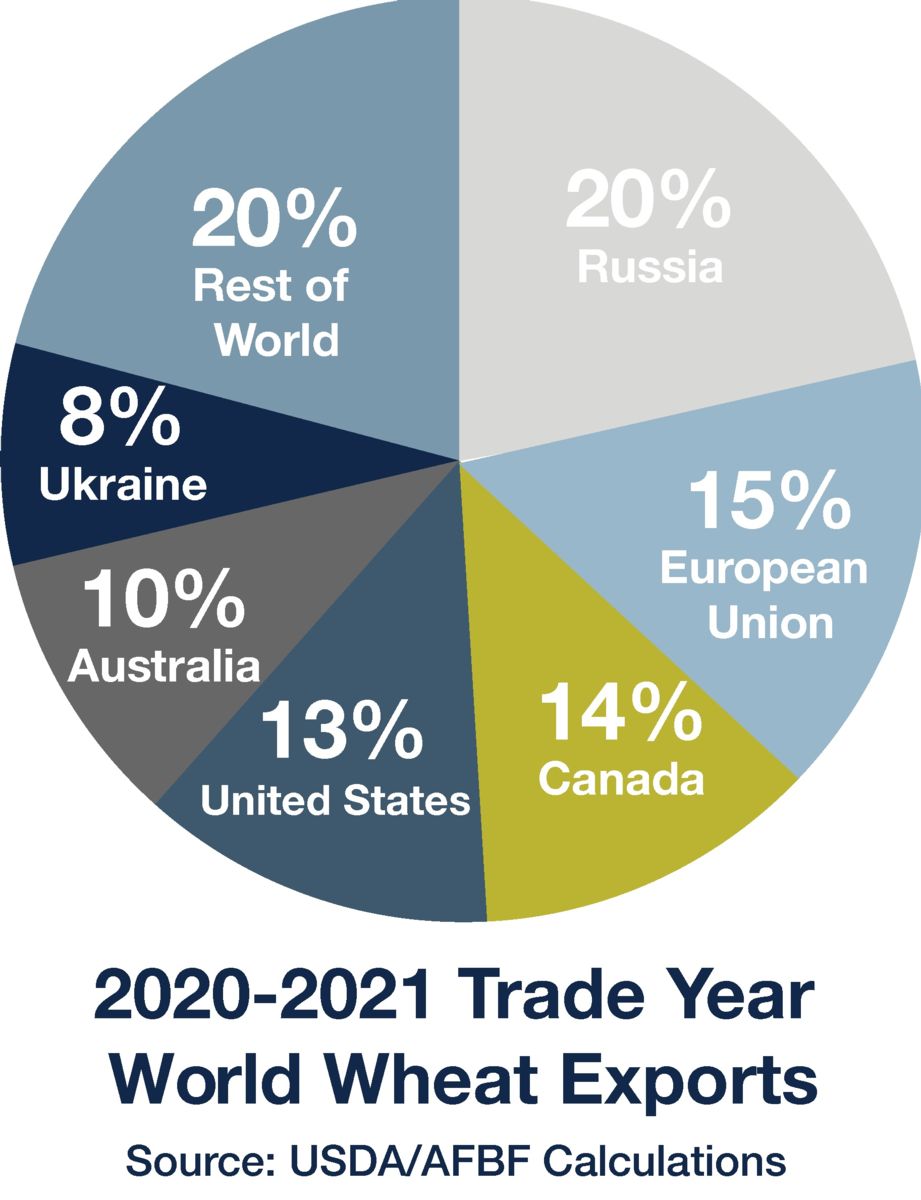 The ripple effect could reach the U.S. in other ways. Ukraine supplies 40% to 50% of the world’s neon, a key component for lasers used in microchip production. Manufacturers in many sectors were already struggling for access to computer chips for their products and could find it more difficult.

American Farm Bureau has published an analysis of the impact the conflict is having on ag markets available at  https://gfb.ag/volatilemarkets

Adjemian said the U.S. is largely insulated from famine, but says the United Nations Food and Agriculture Organization (UN-FAO) indicates a prolonged reduction of food exports from Ukraine and Russia could result in an increase of 8 to 13 million undernourished people globally.

“Rising prices put pressure on the most vulnerable, even in the United States,” Adjemian said. “The lowest-income people devote relatively more of their total income to food, so they’re going to feel the pain. It may increase food insecurity, but it’s unlikely to produce famine in the United States. However, the United Nations FAO predicts this conflict could lead to famine-type conditions in parts of the rest of the world, particularly the Asia-Pacific, sub-Saharan Africa, and the Near East and North Africa.”

On April 27, the Biden Administration announced the USDA and U.S. Agency for International Development (USAID) will provide $670 million to provide food aid to countries in need because of Russia’s unprovoked invasion. Countries receiving aid include: Ethiopia, Kenya, Somalia, Sudan, South Sudan and Yemen.

In the first days after the invasion began, Ukrainian farmers grabbed the world’s attention by using their tractors to capture abandoned Russian tanks.

With all adult Ukraine males required to join the nation’s military as volunteer fighters, farmers have contributed to defending their country in several ways in addition to fighting. According to the Ukranian Agribusiness Club, Ukraine’s farmers are using their mechanical skills to repair and maintain military equipment, and donating food and fuel to the war effort.

In the Russian-occupied northern, eastern and southern portions of Ukraine, much farm work from crop production to animal husbandry ground to a halt in early March. Large-scale poultry operations had to cull flocks.

The Ukrainian government has indicated there could be changes in what crops the country, which is about 1 1/2 times the size of California, produces. Farmers are expected to plant crops that feed Ukrainians over those typically planted for export.

In late April, Ukraine’s agriculture ministry said its farmers had planted about 6.17 million acres of spring crops this year, 20% of the expected area. The ministry said spring planting could fall 20% due to the invasion. Reuters reported April 27 that farmers in areas of active attack are wearing body armor when they drive their tractors to plant crops. 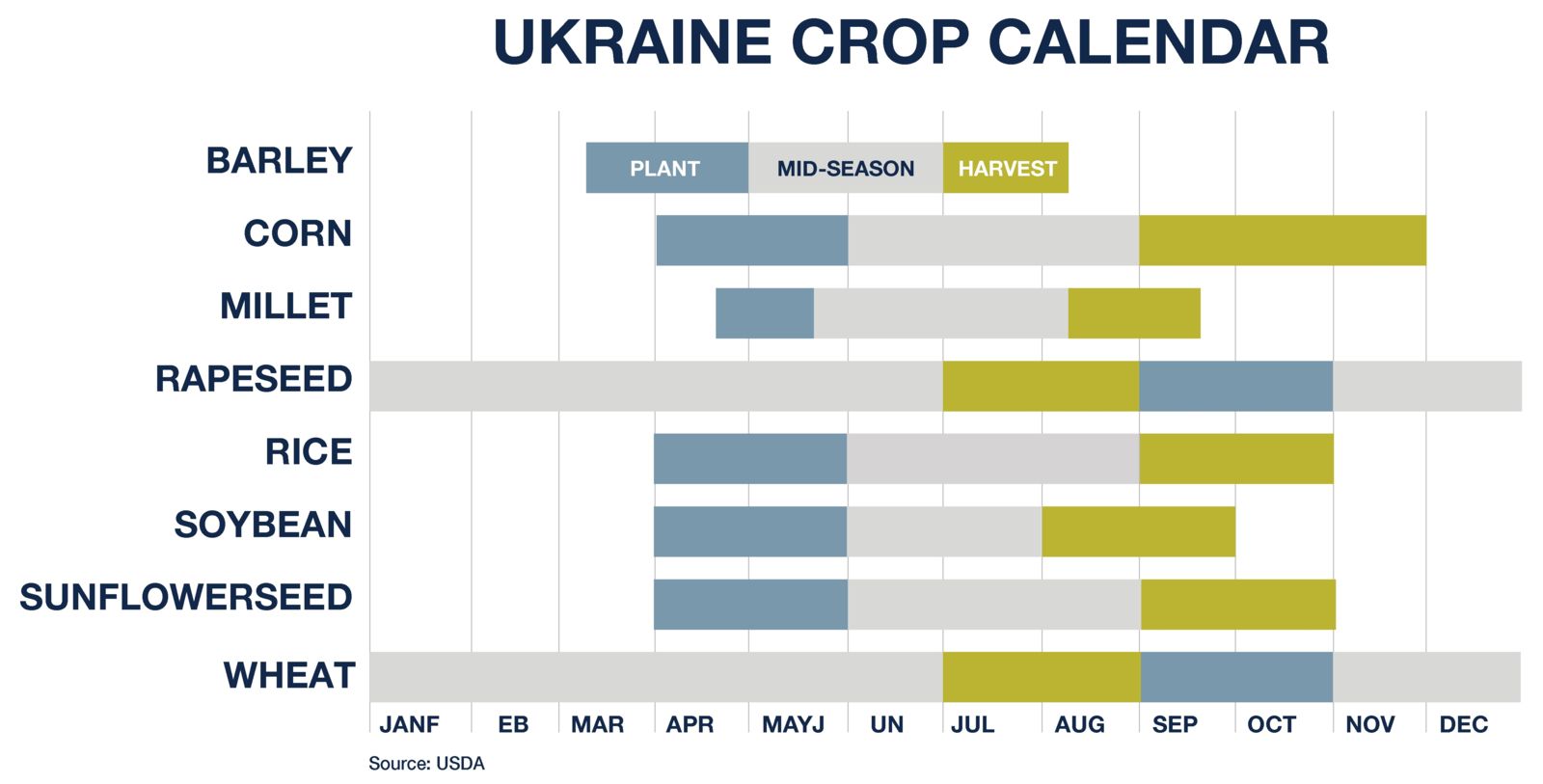