Sunbelt Ag Expo back in business

Attending Sunbelt Ag Expo this year was like going to a family reunion after you haven’t been to one in a while. With Expo canceled last year due to COVID-19, ag enthusiasts were eager to return when the gates opened Oct. 19-21 for the 43rd show.

“This is going to be the best Sunbelt. Why? Because we’re having it,” Sunbelt Expo Executive Director Chip Blalock joked during the opening ceremony. “This past year has been a hard year on live events. Thanks so much for all of our farmers, exhibitors and attendees for coming back in such a big fashion.”

Visitors learned about Virginia’s agricultural history and ag advancements during the past 400 years that led to the commonwealth’s ag and forestry sectors having a combined total economic impact of $70 billion on the state’s economy.

South Carolina’s Bob Hall, a fruit and vegetable producer, was named the ‘20/’21 Swisher/Sunbelt Expo Southeastern Farmer of the Year. Hall and his wife, Susan, of York, S.C., grow a variety of fruit and vegetables on their farm and operate three fruit stands as part of their Bush-N-Vine Farm. 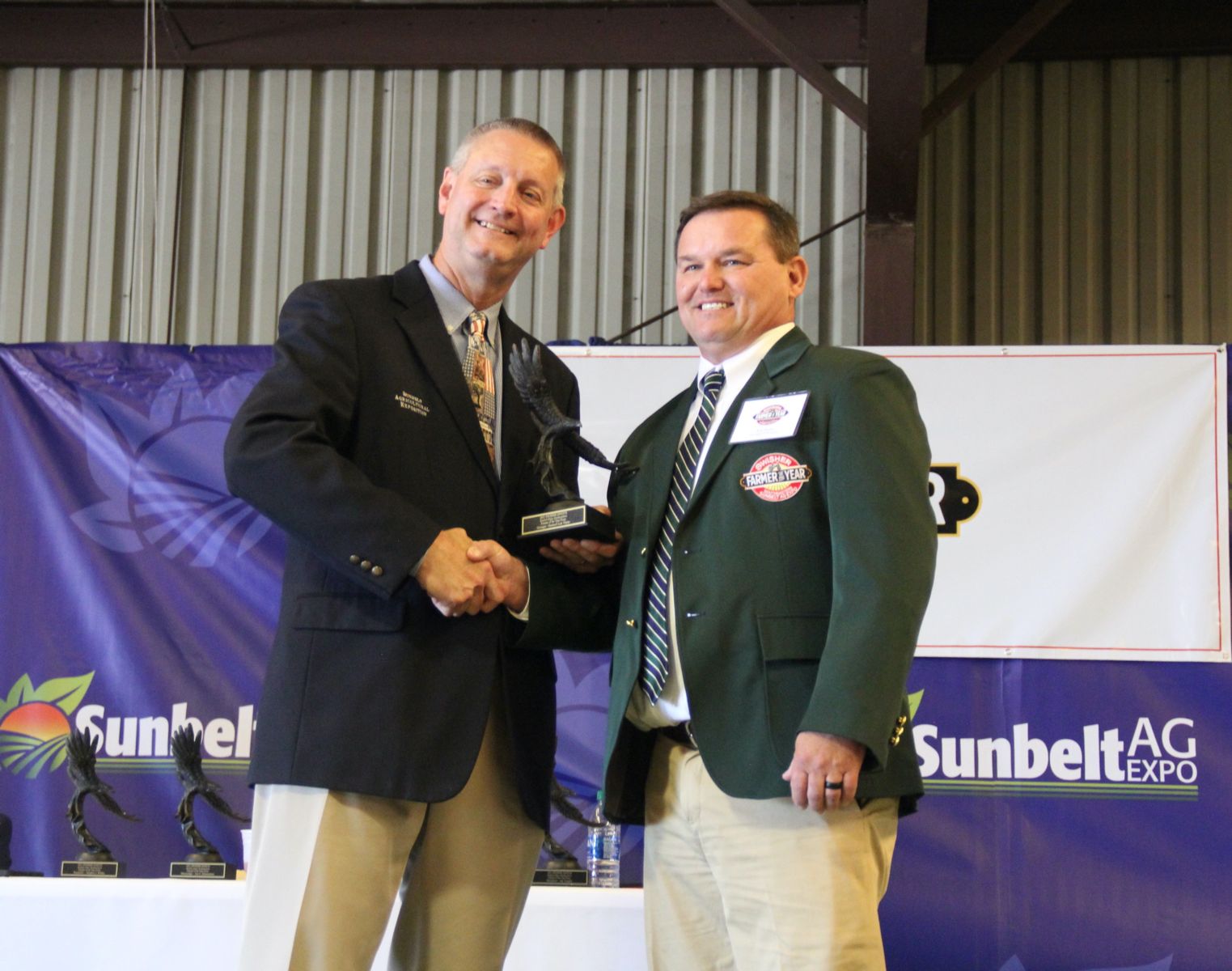 “Farmers are so important,” Gov. Brian Kemp said while speaking at the Expo lunch on opening day. “You can’t stay home as others can when there’s bad weather or a virus shuts things down. We appreciate what you do to keep us fed.”

Kemp discussed efforts the state has made in the past year to bring new jobs and business to Georgia, saying, “We had a record year for job development in Georgia. Seventy-four percent of the projects and jobs have happened outside of Metro Atlanta.”

He thanked members of the Georgia General Assembly, Georgia Agriculture Commissioner Gary Black and various associations for working together to bring economic growth across the state.

Checking out new farm equipment is a big part of the Expo experience for many attendees.

Long said the company's CP 770 cotton picker has a larger cab that is quieter than previous models and offers farmers better visibility.  The cab of the CP 690 model can fit inside the CP 770 cab. 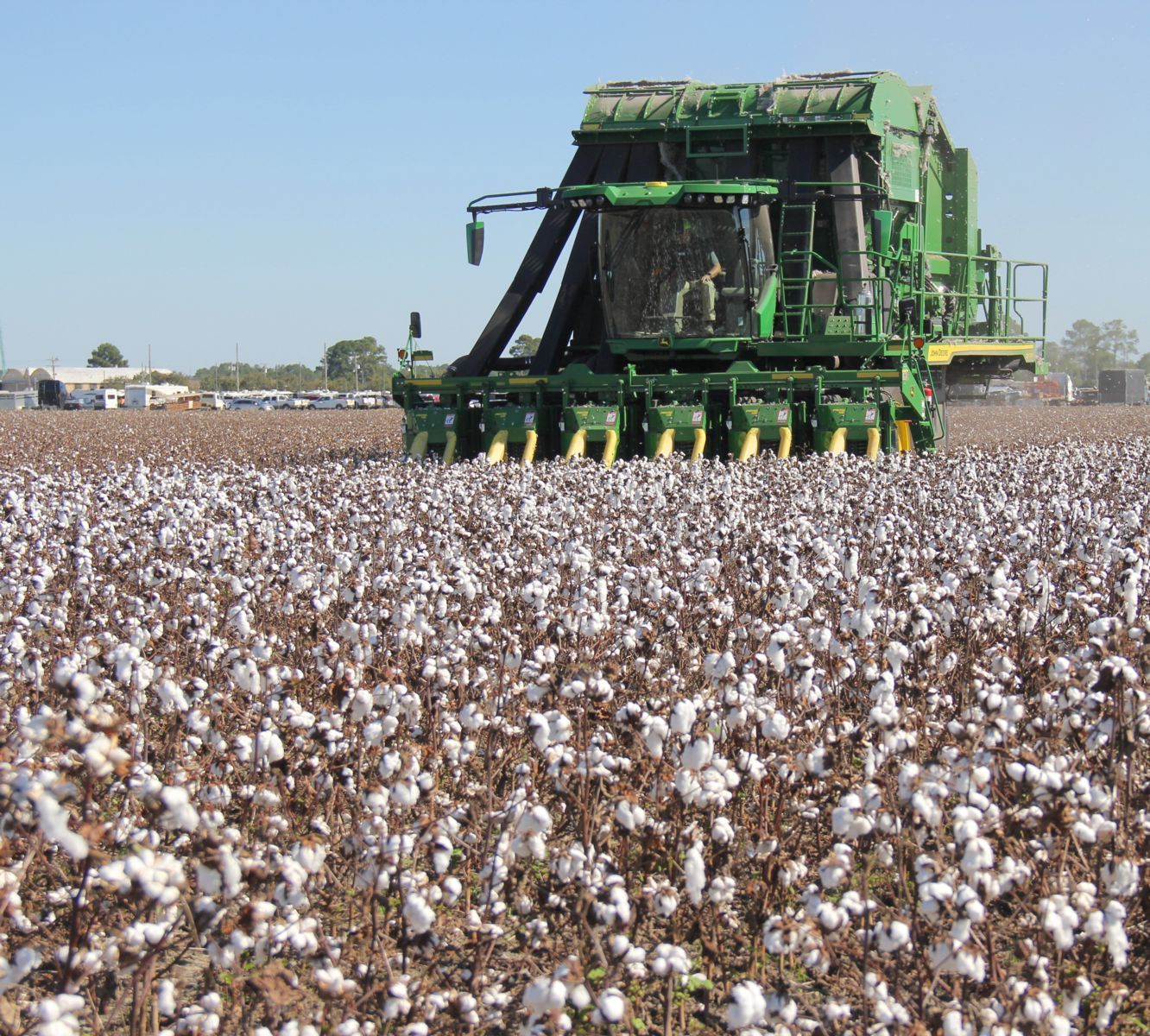 The CP 770 cotton picker can produce a bale with a maximum diameter up to 96 inches. Farmers may set the picker to produce a 94-inch round bale if they prefer, Cox said.

Kelly Manufacturing Company (KMC)’s 7406 peanut picker was used to harvest the Expo farm’s peanut crop. Attendees were also able to see KMC’s stalk shredder in action in the cotton and peanut fields. Shredding the stalks of both crops after the cotton and peanuts are harvested, helps reduce pest populations and speeds the process of returning organic matter back into the soil.

“You think about your car, the operator experience. Our engineers interviewed a lot of farmers from around the world. Big farmers, small farmers, men, women, custom applicators. We really wanted to get what they want out of a tractor,” Sills said.  “The No. 1 thing was the cab. They want comfort.”

The cabs on both tractors have new comfort features such as placing the operator joystick in the armrest and having tiltable steering wheels that allow for easier cab entry and exit.

The 8S, available with 205 hp to 265 hp, is configured with a 9.5-inch gap between the front of the cab and the rear of the engine box, allowing enhanced cooling of both the engine and the cab and a quieter ride.

Robinson, an Early County Farm Bureau member, grows row crops on about 700 acres. He has farmed since leaving the Marine Corps in 2011 by exchanging his labor for the use other farmers’ equipment. 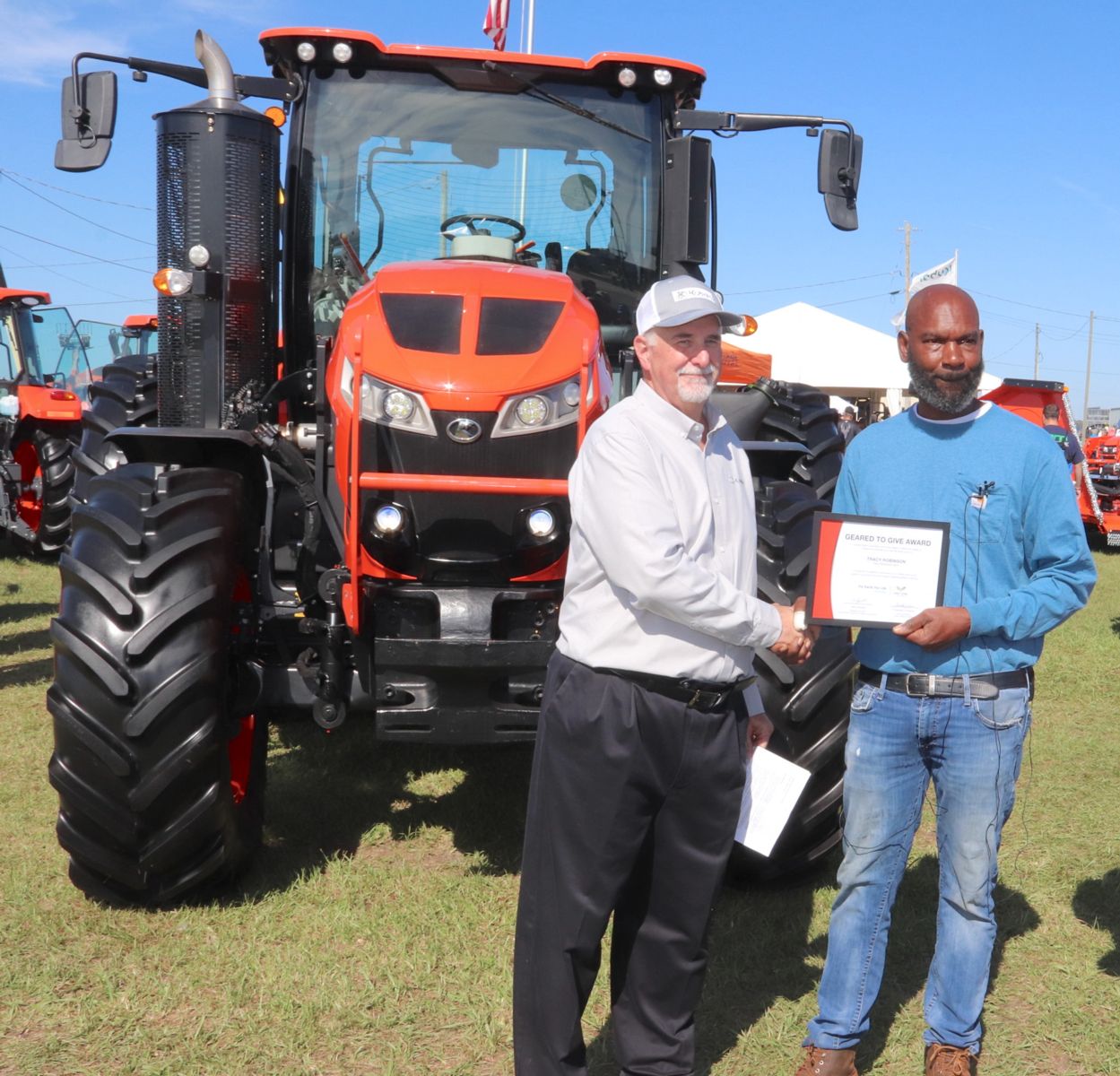