Steven and Tara Green, of Spalding County, won the GFB Achievement Award, which recognizes farming and leadership efforts among young farmers and ranchers who earn the majority of their income from farming. The Greens raise broilers and cattle, grow hay and you-pick flowers, and sell and spread chicken litter. Steven is vice president of the Spalding County Farm Bureau (SCFB) and chairs the GFB Poultry Commodity Committee. Tara has served on the SCFB YF&R, Women’s Leadership and Promotion & Education Committees since 2014.

As the GFB Achievement Award winners, the Greens received $500 cash, a John Deere ATV, and an expense-paid trip to the 2022 AFBF Convention in Atlanta.

Colt and LeAnna Hart, of Franklin County, who were finalists for the achievement award, raise broilers, beef cows and hay and stocker calves. Colt is the Franklin County Farm Bureau (FCFB) YF&R Chairman and serves on the GFB Beef Commodity Committee. LeAnna serves on the FCFB Women’s Leadership Committee. The Harts received a $500 prize. 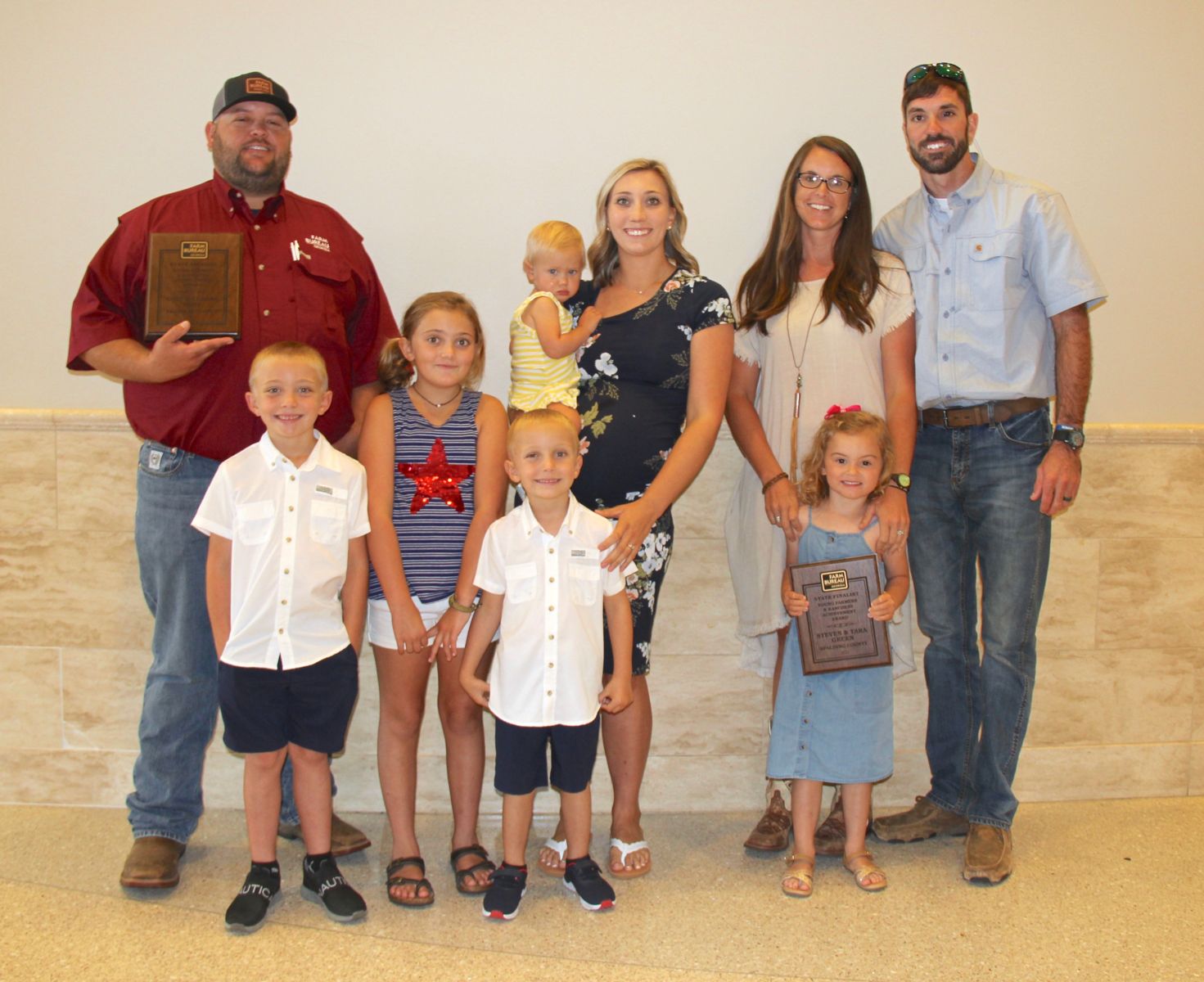 EXCELLENCE IN AGRICULTURE
Jessica Lance, of Morgan County, won the GFB Excellence in Agriculture Award. This award recognizes an individual or couple for their involvement in Farm Bureau and agriculture, and their leadership ability. Ideal candidate(s) for this award do not make the majority of their income from farming, however, the award is not solely based on the applicant(s) occupation.

Lance grew up working on her parents’ produce farm in South Carolina. After teaching school for two years, she returned to the family farm to manage the family’s agricultural trucking business. This experience led Lance to start her own logistics company in 2017 that hauls raw grains from farms to processors, and livestock feed to feed mills and farmers. Her company, The Go Ag Group, also hauls fertilizers, biosolids and landscape products. Lance and her husband, Brian, started a Red Angus cow-calf operation in 2019. She is an active member of the Morgan County Farm Bureau YF&R Committee for which she has served as treasurer since 2017. As the state winner, Lance received $500 cash, a John Deere ATV, and an expense-paid trip to the 2022 AFBF Convention.

Brian Fleming of Hart County and Ashley White, then of North Fulton County, were finalists for the Excellence in Agriculture Award. Each received $500 cash. Fleming is assistant farm manager of PTL Agriculture, LLC., his family’s farm that grows soybeans, wheat, milo/grain, sorghum, corn, oats and hay; and raises cattle. Fleming grew up working on the family farm and today has responsibilities for just about every aspect of the farm. He has chaired the Hart County Farm Bureau YF&R Committee since 2014 and grew the county’s YF&R program from just himself to its current membership of about 35. He regularly visits local schools to teach students about agriculture and has served on the GFB YF&R Committee since 2019.

Ashley White grew up working on her family’s cattle ranch and horse boarding facility in Florida and competing in various equine competitions including barrel racing, rodeo, and dressage, which she still competes in. Having grown up in FFA and 4-H, it was natural for White to become an ag education teacher. She taught seven years in Florida and the past four years at Milton High School in North Fulton County. White has been active in Farm Bureau in both her home state of Florida and in North Fulton County Farm Bureau (NFCFB). She has served as a NFCFB director since 2017, as NFCFB YF&R Chair in 2018-19 and as NFCFB president from 2019 until she and her husband, Ryan, moved back to Florida in late July where she will continue teaching ag education. 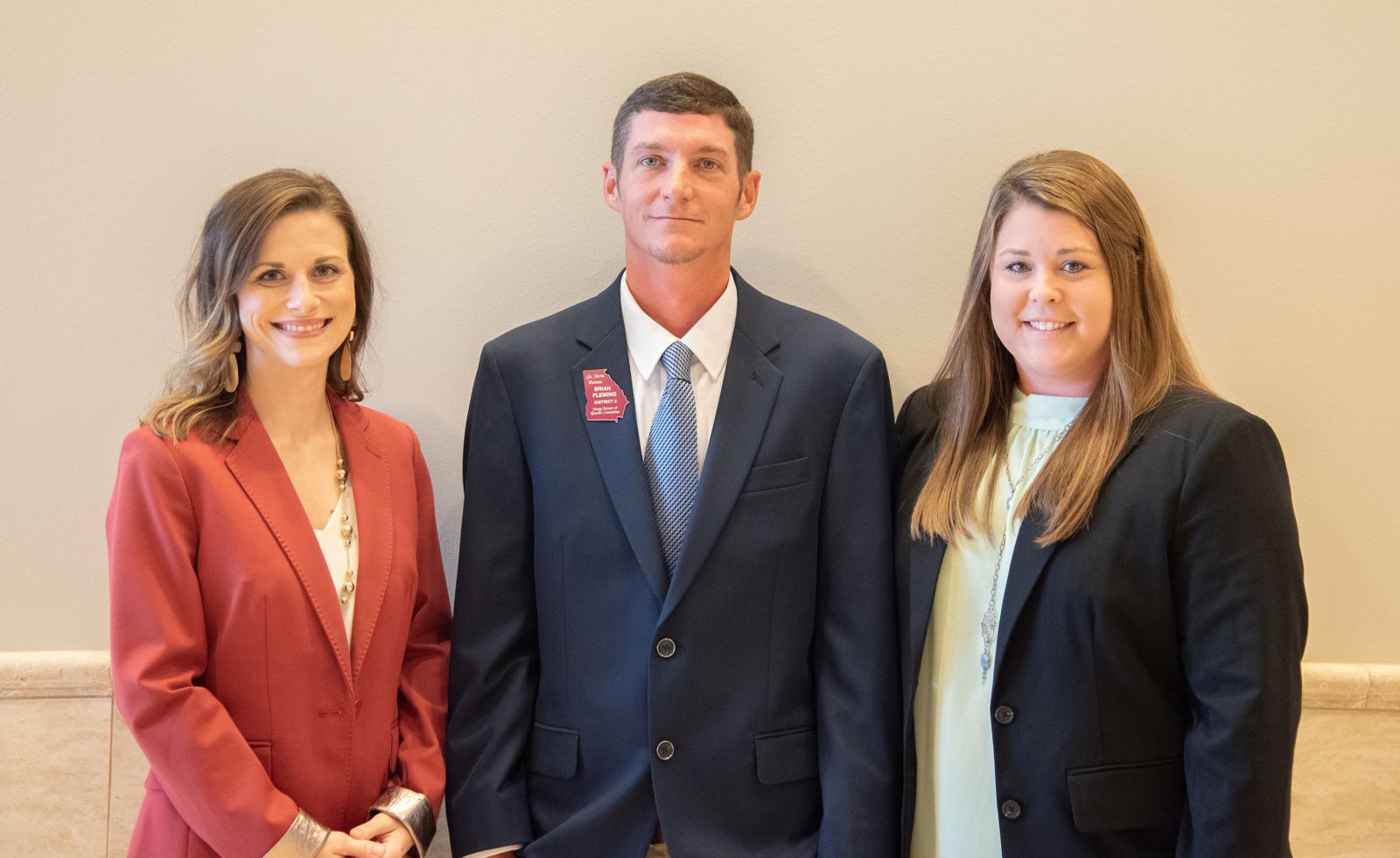 Cleve Jackson, of Floyd County, prevailed over 16 other competitors from 16 counties, to win the GFB YF&R Discussion Meet. This event is designed to mimic a committee meeting in which individuals seek solutions to ag issues. In the Final Four round of the discussion meet, Jackson and the other finalists: Will Cabe of Franklin County; Emily Leonard of Echols County; and Willie Sizemore of Lee County; discussed how Farm Bureau can improve its effectiveness at recruiting YF&R members and increasing participation in YF&R programs.

Jackson, received $500, a John Deere ATV and an expense-paid trip to the 2022 AFBF Convention. Jackson is a sales representative for Elanco Animal Health’s poultry products and runs a commercial cow/calf operation.

Cabe is a poultry, cattle, hay, goat and sheep producer who is a past chairman of the GFB YF&R Committee. Leonard, who was the top collegiate competitor in the discussion meet, is a rising senior at the UGA College of Agricultural & Environmental Sciences (CAES) where she is majoring in agricultural communications. She will represent GFB in the AFBF YF&R Collegiate Discussion Meet next winter at the AFBF YF&R Conference. Sizemore is a recent graduate of the UGA CAES where he majored in ag communications. The three finalists each received $350. 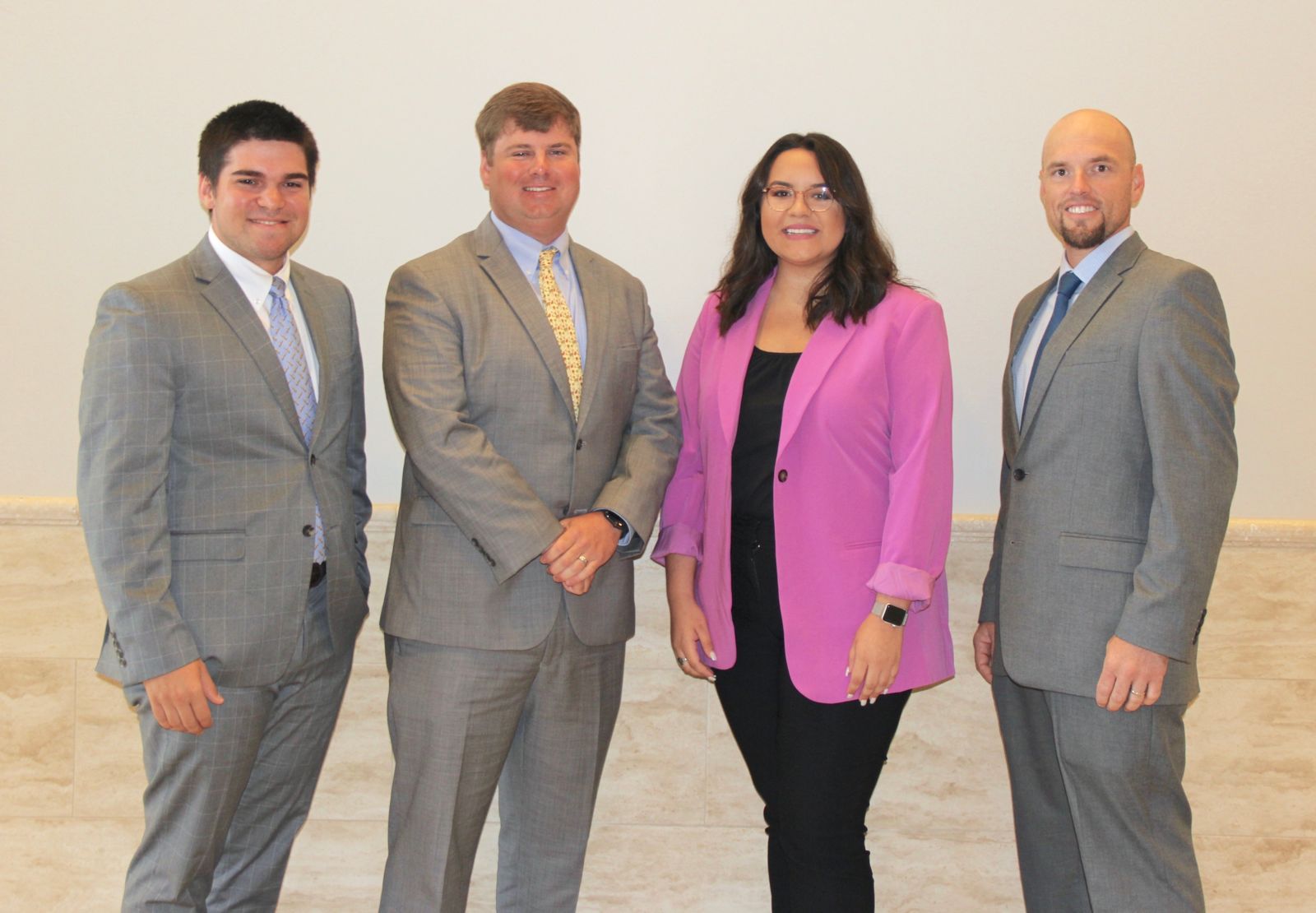 The Greens, Lance and Jackson willl vye for the national awards at the 103rd American Farm Bureau Annual Convention in Atlanta,  January 8-11.  The first through fourth placee winners of each AFBF YF&R contest will receive the following prizes:

The national YF&R awards will be presented during the closing general session of the AFBF Convention on Jan. 10.