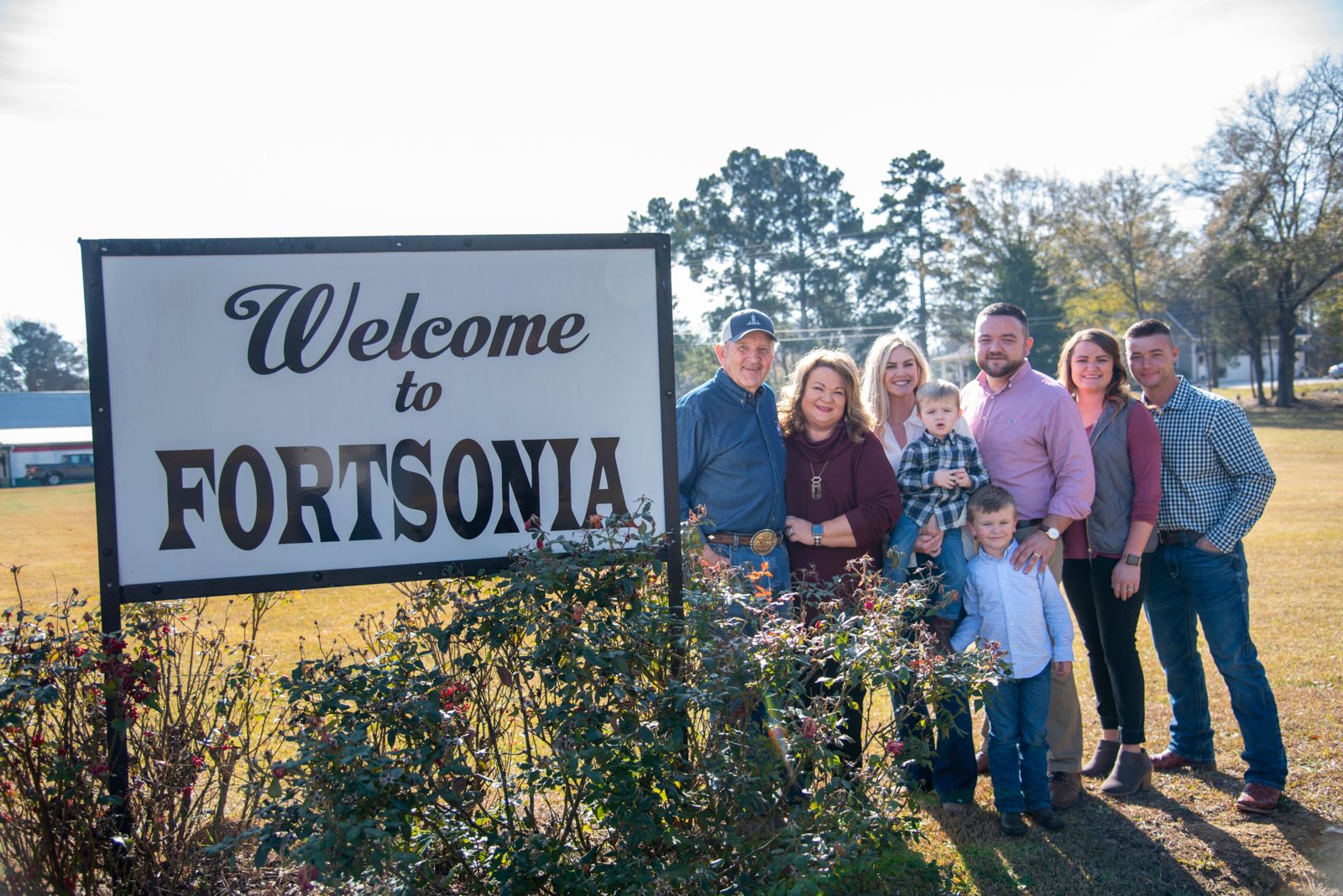 Jane’s parents, Winford and Tommie Lee Gaines, were Elbert County natives. Her dad’s job with the soil conservation service took them to Murray, Walker and Madison counties before they moved back to their family farm in Elbert County.

Having watched his dad, J.D. McCall, volunteer as a county Farm Bureau director and serve as president, it was only natural Tom would start attending Young Farmer meetings.

At one of those meetings, he met Jane. They dated while getting their college degrees, then married in 1982, the year Tom was chairing the GFB Young Farmers Committee.

A life of public service

Tom’s time in the GFB Young Farmer program led to him being elected Elbert County Farm Bureau president, which led to him being elected a GFB 2nd District director in 1984. He decided to run for a seat in the Georgia House of Representatives in 1994. When he retired, his district included Elbert and Lincoln and portions of Madison, Wilkes and Columbia counties. Oglethorpe and part of Jackson counties were in his district at other times during his tenure.

“The leadership experiences I had with Farm Bureau encouraged me to run for state office and I was lucky enough for folks in this district to elect me to the Legislature,” Tom said.

He continued to serve on the GFB Board until 1996 when he opted to focus on representing agriculture under the Gold Dome. He served on the House Agriculture Committee and accepted the reins of the committee chairmanship in 2004.

“I’m lucky to have served in the House for 26 years with 16 of those as ag chairman,” Tom said.

Tom decided to retire from the Legislature thinking it was time to let “somebody else bring in some new ideas.” But retirement wasn’t in the cards for the McCalls just yet.

“When Mr. Gerald [Long] decided he was going to retire, and when folks found out I was going to quit the Legislature, they started calling me from all over the state to do this,” Tom explains. “Come back home is what we did.”

Tom brings experience as a veteran legislator to GFB to advocate for rural Georgia, and he brings the business experience he learned from farming.

“When you have to depend on somebody in Chicago, who has never seen a boll of cotton or a soybean, set the prices for what you grow, it makes you learn how to be a manager of your inputs and how you run your operation,” McCall said. “It is business experience. Farming helps you understand the importance of not spending a bunch of money when you don’t need to.”

Spend some time with Tom and Jane and you’ll soon realize their family is very important to them. They light up at the mention of grandsons Winn, 4, and Wilkes, 2.

They’re just as proud of their son, Al and his wife, Rachel, Winn and Wilkes’ parents; and of their daughter, Katie, and her husband, Bristol Archer. Their oldest son, Bud, died in 2000. His name comes up often with smiles, especially when the McCalls talk with Farm Bureau friends.

Tom and Jane live in a house, built in 1890, where his mother was raised while Katie and Bristol live across the pasture in the house where Tom grew up.

The McCalls attend Eliam Methodist Church in the Fortsonia community where they farm. He has fond memories of riding his bike to the country store near the church where old guys sat around a pot-bellied stove, and he could buy a 16 oz. Pepsi for 10 cents.

Tom’s family has farmed the same land for years.

“I don’t inherit this place from my grandparents. I’m borrowing it from my grandkids, and we’ve got to take care of it,” Tom says.

Tom and Jane have spent their life preserving the soil and water on the farm while raising various grain crops, beef cows, hogs and hay. Al brought a heritage breed of sheep - Gulf Coast - to the farm.

Located about 35 miles northeast of Athens, Elbert County is like many rural Georgia counties. The population has declined and farms have been sold or planted in trees. Fortunately, the county has a thriving granite industry that drives the economy, providing many part-time farmers with full-time jobs.

“Elbert County is the Granite Capital of the World. If Elberton didn’t have the granite business, our economy would be in the tank,” Tom said.

Many rural counties depend solely on agriculture and public service jobs to drive their economy. That’s why Farm Bureau’s mission to advocate for agriculture and rural communities is vital.

“Farm Bureau is the most important thing as far as protecting what farmers do and what farmers have in Georgia,” Tom said. “I want to ensure Georgia families can still have agricultural roots.”