Article and photos by Jennifer Whittaker

First cousins Lily and Tanner Norton of Grady County are well known on Georgia's goat and lamb show circuits. They've shown a cumulative 19 years – Tanner for 10 and Lily for nine.

This year they made history by becoming the only first cousins to win all three species grand championship awards at the  Georgia Jr. Market Goat Shows (Doe & Wether) and Georgia Jr.  Market Lamb Show.

The  2020 shows were held Oct. 9-11 at the Georgia National Fairgrounds in Perry. To comply with COVID-19 health recommendations, shows were held as private events open only to exhibitors, their immediate families and project support staff. The shows were livestreamed on Walton Webcasting thanks to Georgia Farm Bureau’s sponsorship.

GFB sponsored the grand champion prizes  for the goat and lamb shows. GFB  was also a premier livestock sponsor for the Georgia National Fair shows.

The double win was especially sweet for Lily who participated in the fall shows for the last time as a student.

“I’m so thankful for  the family  and friends who  have got me this far. It’s a great way to end my senior year,” Lily said. “When they canceled the fair, I was scared the shows might be canceled. I was very thankful to the fairgrounds and state of Georgia for letting us show since for a lot of us it is our senior year.” 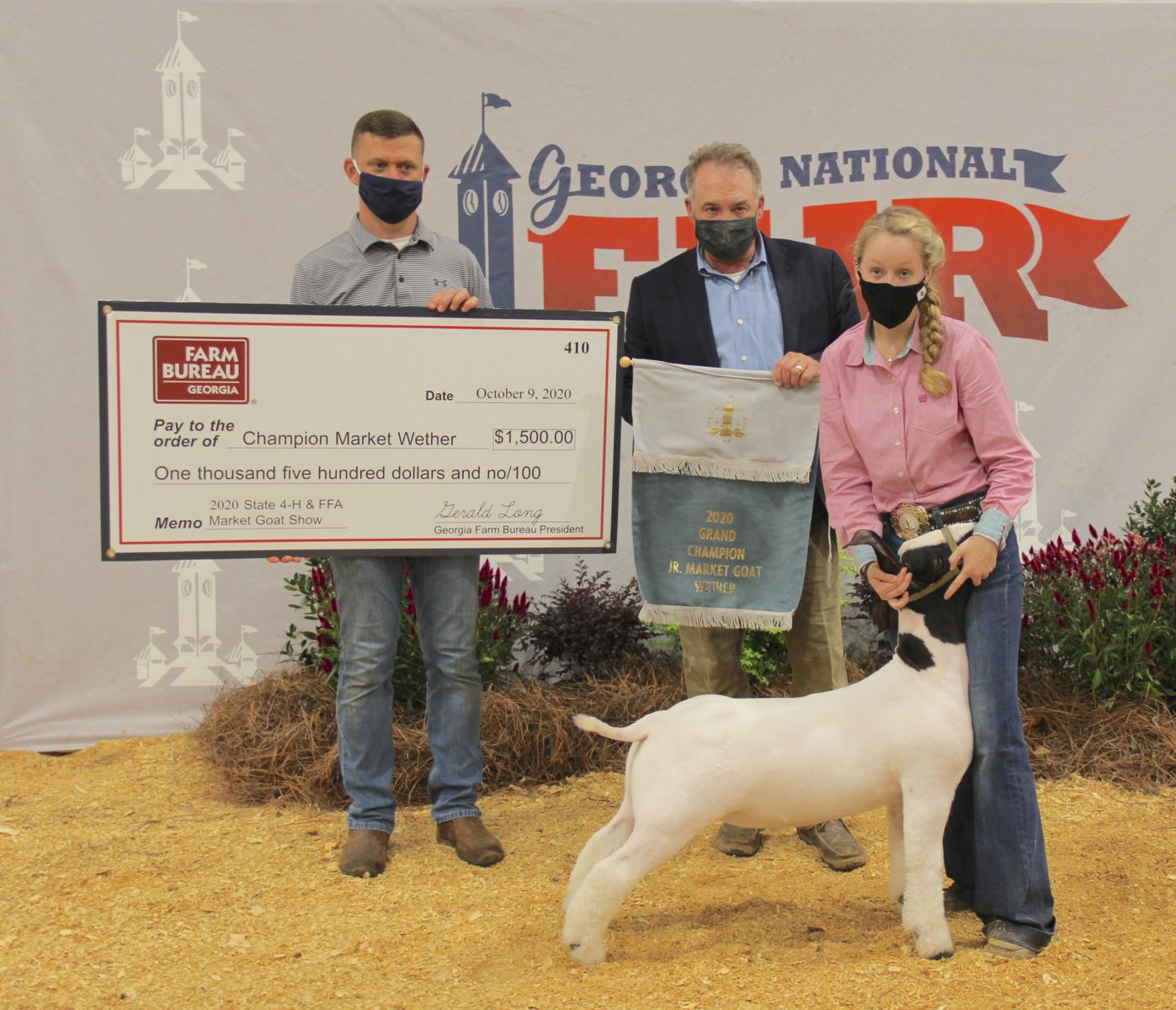 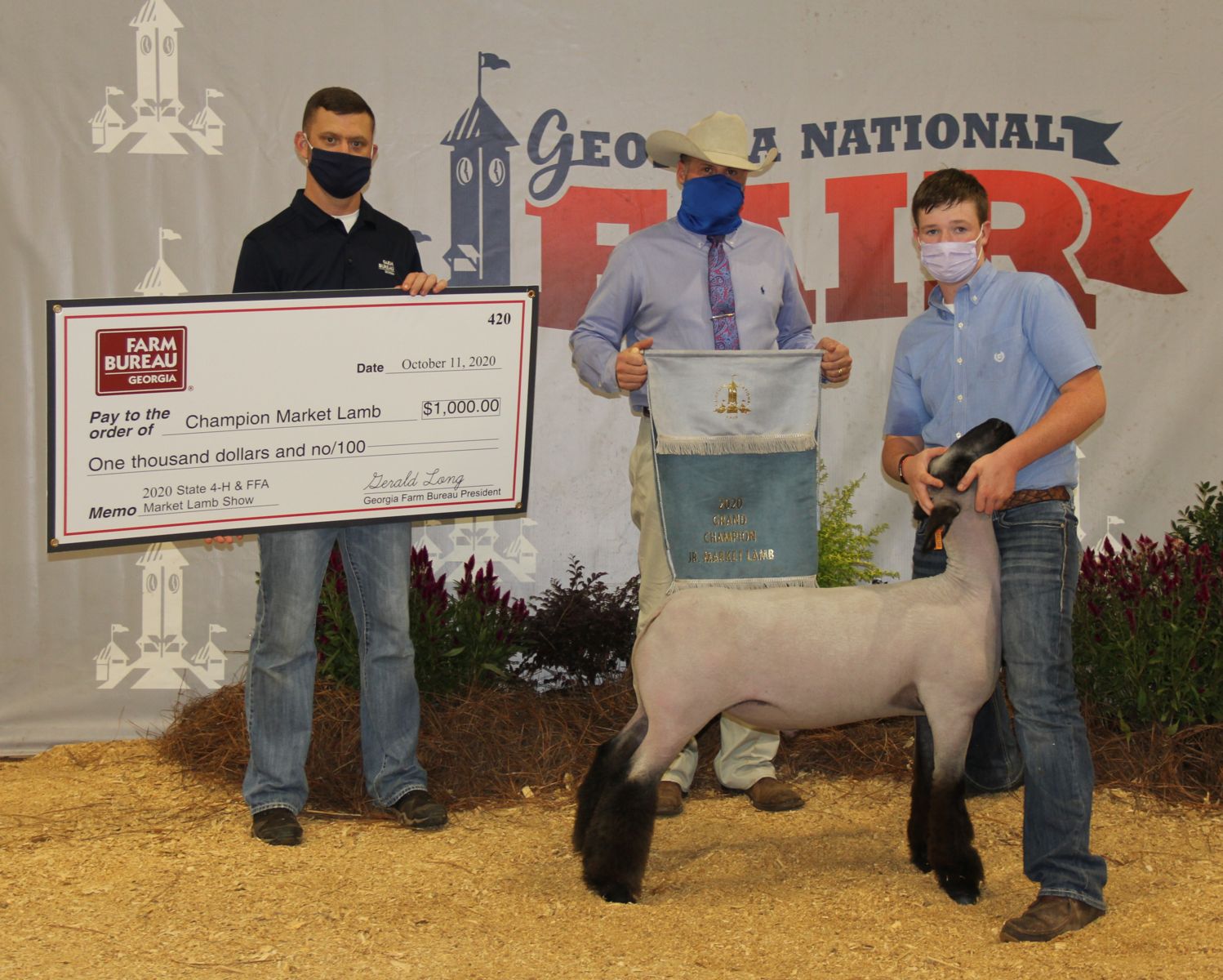