The state winners of the three contests will receive expense-paid trips to the 2019 American Farm Bureau Federation (AFBF) Convention in New Orleans, Louisiana, in January to compete for national honors.

The Cabes, from Franklin County, won the GFB Young Farmer & Rancher Achievement Award, given to recognize young farmers who earn the majority of their income from production agriculture. The Cabes raise cattle, broiler chickens, show goats and hay on their farm in Carnesville.

Elton Baldy of Colquitt County and Mitchell and Becky Pittman of Toombs County were the other finalists for the Achievement Award. 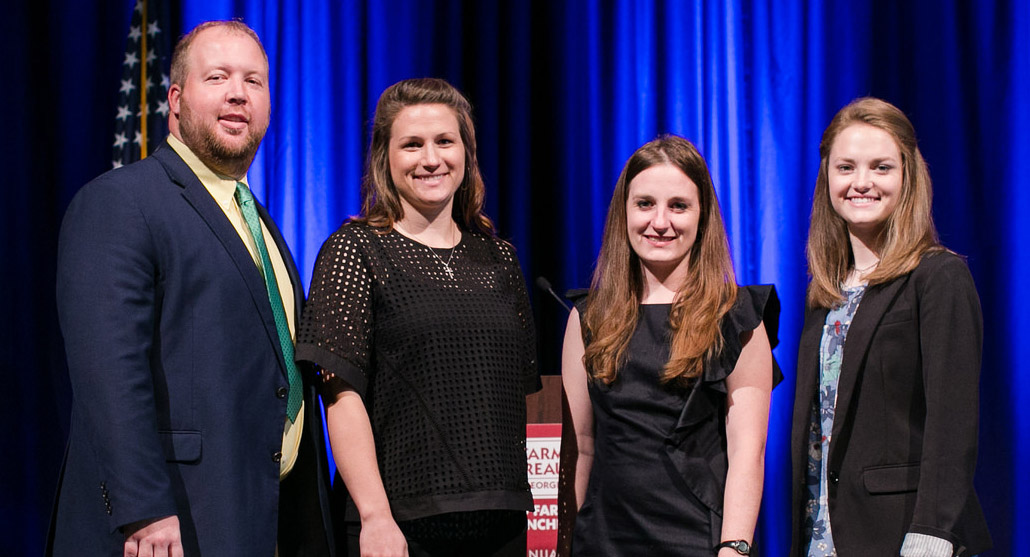 The Young Farmer & Rancher Discussion Meet Final Four: from left, Marcus Pollard, event winner Becca Creasy, Kelcie Barnes and Kylie Bruce, who was the top collegiate finisher in the contest and will compete in the 2019 AFBF Collegiate Discussion Meet.

The other finalists in the Discussion Meet were Kelcie Barnes of Greene County, Kylie Bruce of Franklin County and Marcus Pollard of Newton County. Each received $350 from SunTrust Bank. In the final round, the discussion centered on how Farm Bureau can protect farmers’ access to production technology in the face of rapid dissemination of often inaccurate information about agriculture.

Bruce, a student at Abraham Baldwin Agricultural College, was the top collegiate finisher among the Discussion Meet contestants, earning a trip to the 2019 AFBR Young Farmer & Rancher Conference to compete in the AFBF Collegiate Discussion Meet.

Lewallen, from Hall County, won the YF&R Excellence in Agriculture Award, which recognizes agriculturalists who earn the majority of their income from something other than farming. Lewallen is the agritourism and marketing director for Jaemor Farms. She received an ATV courtesy of Southern Farm Bureau Life Insurance and $500 cash from Georgia Farm Bureau.

Melissa Mathis of Monroe County and Justin Shealey of Cook County were finalists for the Excellence in Agriculture Award. Each received $500 cash courtesy of Georgia Farm Bureau. 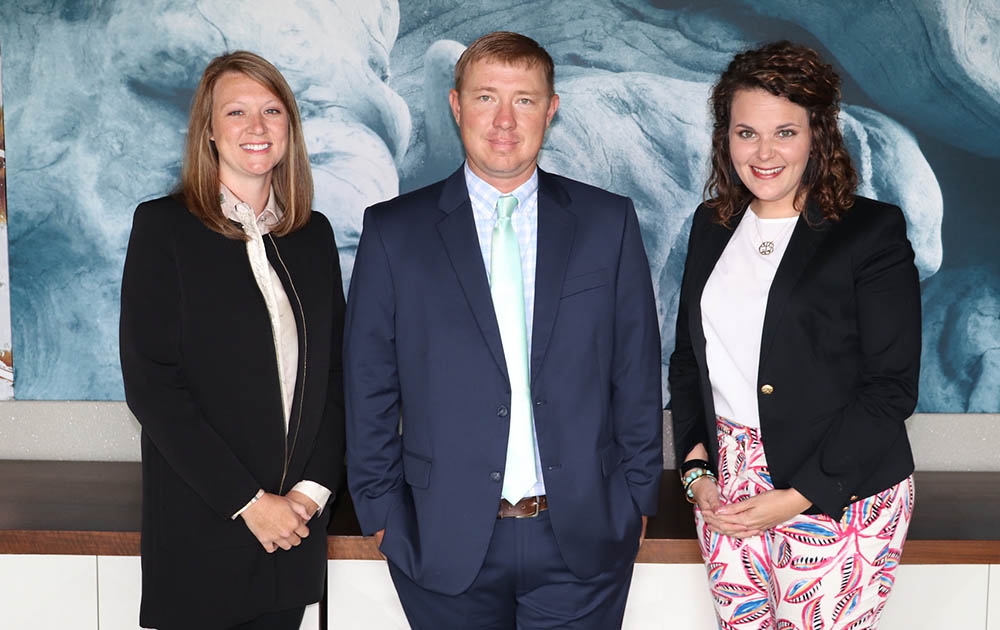 The three finalists for the YF&R Excellence in Agriculture Award, from left: Melissa Mathis, Justin Shealey and winner Caroline Lewallen.