State ag budget takes cuts, but it could have been worse

Georgia’s agriculture-related state agencies sustained some budget cuts, but  they weren’t alone. Most state agencies took a hit as a result of sharply diminished state revenue as businesses closed their doors and thousands of Georgians lost jobs due to the COVID-19 outbreak. 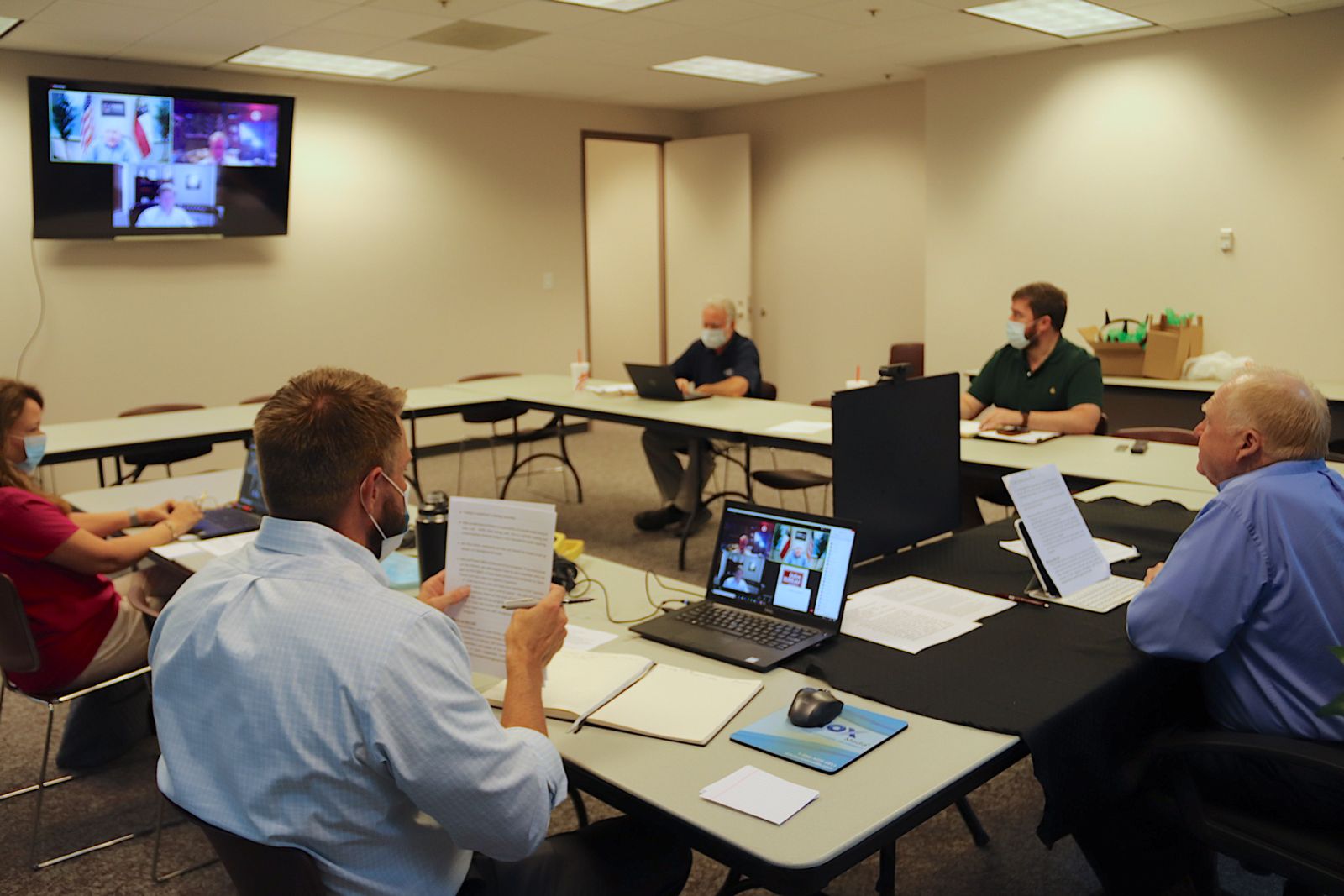 The total state budget Gov. Brian Kemp signed on June 30 came in at $26 billion, down from the more than $28 billion spending plan the legislature initially approved before the session was suspended in March.

It could have been worse, Rep. Terry England and Sen. Blake Tillery told Georgia Farm Bureau (GFB) members during the first installment of “Digging In,” an occasional webinar series hosted by the GFB President Gerald Long and the GFB Public Policy Department on July 30.

“Sometimes you look at our state budget and realize that the best you can hope for is to stay where you were and not go backward, or not go far backward,” said England, who chairs the House Appropriations Committee.

Despite reduced revenue, England said the budget provides the Georgia Department of Agriculture (GDA) and the Department of Natural Resources (DNR) with funding to address key functions. GDA was allotted funding for food safety inspectors.

Tillery, the Senate Appropriations Committee Chairman, detailed the challenges – both physical and fiscal – the Georgia Legislature faced in a session interrupted by the COVID-19 pandemic.

“We tried to provide some certainty where we could in a lot of uncertain times,” said Tillery, who took over the chairmanship following the death of long-time Sen. Jack Hill in April.

The biggest cuts at the GDA were in the agency’s Marketing & Promotion Division, where a $2.49 million cut included reduction of personnel funding for five positions and part-time assistance ($1.353 million) and cuts to marketing, auditing, call center services and gardening ($820,000) and operations ($341,284).

The GDA budget includes $200,000 for the development of the Georgia Hemp Program, but a $461,858 fund cut for operations and contracts. Funds were eliminated for the Macon and Augusta state farmers markets, but the Cordele, Thomasville and Savannah state farmers markets received $120,000 for operating expenses. The GDA also  received $620,000 for marketing activities at the Georgia National Fair, Sunbelt Expo and other activities.

The GDA budget includes a $361,490 cut to the Athens and Tifton Veterinary Diagnostic Labs and a $100,000 reduction in operating expenses for the Georgia Agricultural Exposition Authority, which oversees the Georgia National Fairgrounds & Agricenter.

“We tried to provide some certainty where we could in a lot of uncertain times.”

The Georgia Department of Education’s Agricultural Education funding for the Area Teacher Program, Extended Day/Year, Young Farmers, and Youth Camps was cut by $842,878.

The UGA Cooperative Extension budget was slashed by more than $6.2 million, the biggest reductions coming in funds for vacant and temporary positions, operations and travel ($4.8 million). The Center for Rural Prosperity & Innovation budget was cut by $237,449.  Funding for the Food Animal Veterinarian Forgiveness Program was trimmed by $105,000. The DNR budget includes $200,000 for two marine biologists to help develop the emerging oyster farming sector  off the Georgia coast.