By April 12, Georgia farmers were struggling from the toll the worldwide COVID-19 lockdown was having on market prices and the food distribution system.

The cloudy, rainy weather of Easter matched the mood of the times. It foreshadowed something worse - a menacing storm system that would brutalize the state.

Those fortunate to live outside the path of the tornadoes still felt the fury of severe thunderstorms and in some areas, flatline winds.

Then, on April 23, another system of at least three tornadoes, confirmed by the NWS, destroyed homes, damaged farms and businesses in South Georgia’s Decatur, Mitchell, Cook and Clinch counties.

Then keep these farmers and others like them in your prayers as they work to rebuild their farms.

To see more photos of damage from the Easter tornadoes visit www.gfb.ag/Easter20tornadodamage .

To see photos of damage from the April 23 tornadoes visit www.gfb.ag/April23tornadopics . 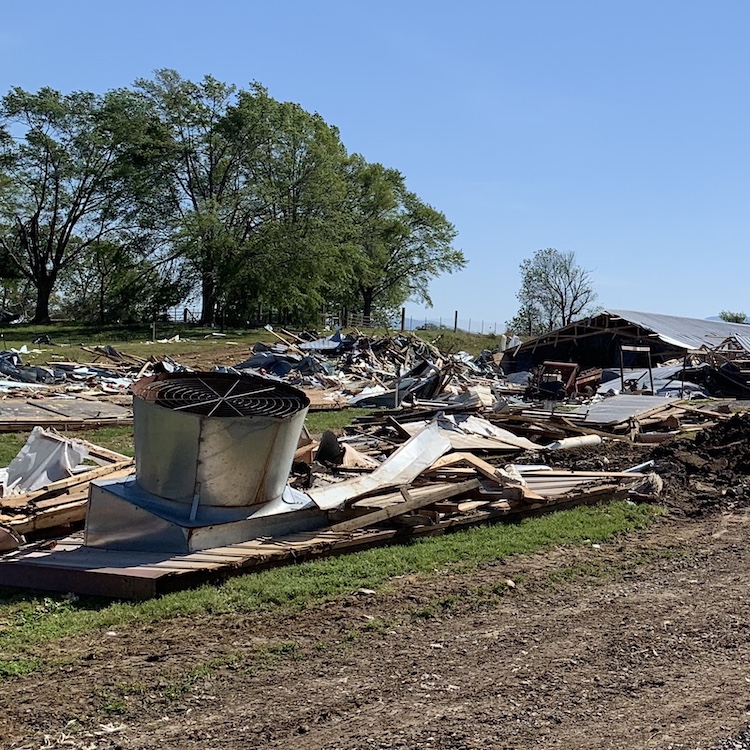 An EF-2 tornado touched down in Murray County the evening of April 12 destroying chicken houses at Wyle Pritchett's farm.

The EF-3 tornado that hit Upson County in the early hours of April 13 destroyed hay bales at the farm of Danny & Will Bentley. The storm left only three of 30 bales of ryegrass the Bentleys harvested the week before.

Photo courtesy of Will Bentley 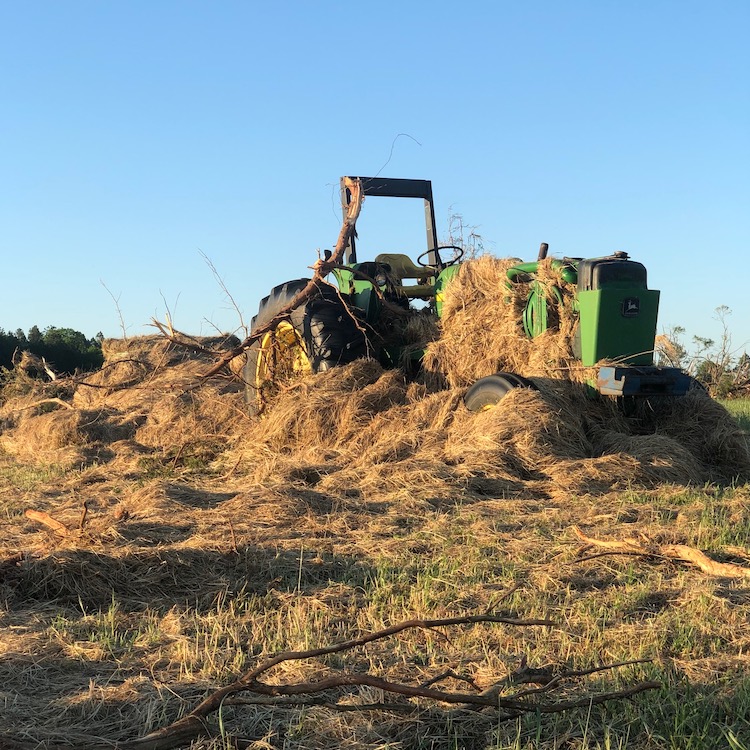 Farmers Gin & Peanut Company in Moultrie was one of the hardest-hit locations damaged by an EF-1 tornado that swept through Moultrie April 23. Manager Jon Ladson said the building would have to be torn down and rebuilt. 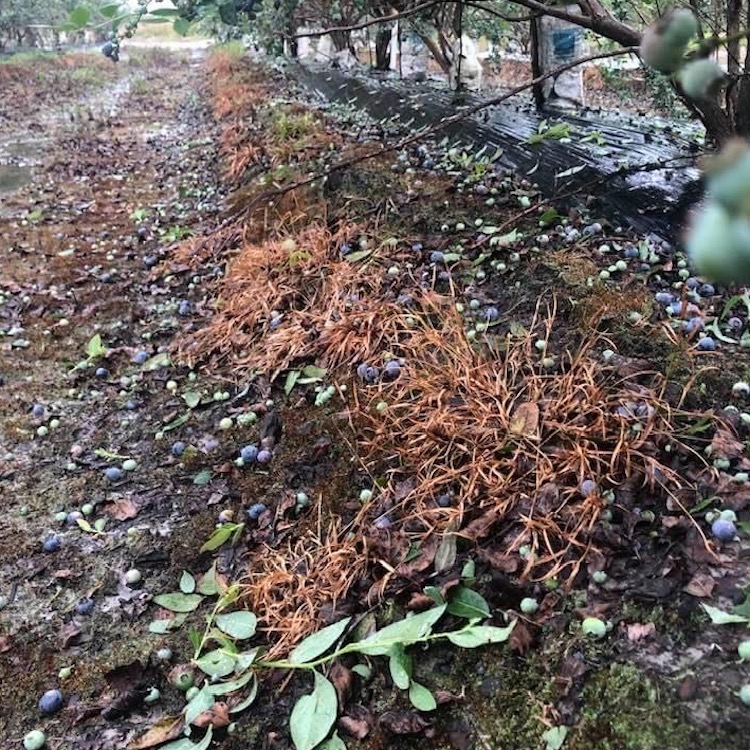 In Clinch County, an EF-0 tornado accompanied by hail, damaged blueberries grown by Russ Goodman at two different locations. In  a Facebook post, Goodman indicated he lost about 70% of his crop to the storm, or about $1.5 million worth of blueberries. Goodman said the hail did more damage than the wind.